What are your science-related #COVID19 questions? Ask them here or by DM, and we’ll have experts from @UofUHealth help provide some answers.#COVID19FAQs

What is the protocol for deciding whether to go a center to be tested versus waiting it out?

If you have symptoms of COVID-19—cough, fever, shortness of breath—you can be tested at U of U Health drive-up testing sites. First, call ahead to ensure testing is necessary at 801-587-0712.

We’re focusing on patients with significant symptoms—if you are asymptomatic or have only mild cold-like symptoms, you may be advised to stay home.

Drive-up evaluations will take place seven days a week. Hours are Monday through Friday, 8 a.m. to 6 p.m., and Saturday and Sunday, 10 a.m. to 3 p.m. at the following locations:

With drive-up testing at the U health clinics, what insurances will be accepted once they are running?

U of U Health has drive-up testing at its South Jordan, Sugar House, Farmington and Redwood locations. Another will open in Park City this week. Call the Hotline at 801-587-0712 to see if you qualify for testing. Find insurance information here. Drive-up is also available via other health systems.

Is there any study going on that attributes the spread and influence of the virus being more aggressive due to temperature and climate conditions? Areas heavily impacted like regions of China, Italy, Iran—they lie in areas having similar temperatures and humid conditions.

There are studies on coronaviruses and how their stability and epidemiological potential depends on environmental factors, including early work on the novel coronavirus. The National Science Foundation just funded research by Michael Vershinin and Saveez Saffarian that addresses the mechanism of any such dependence at a single virus particle level. The U researchers have unique tools to provide a new perspective on this question. Details here.

Is there an estimate of people who have potentially had the virus and already recovered/are in recovery? Could that number be higher than the number of sick people?

As of noon on March 27, 2020, the number of confirmed cases worldwide (576,859) outweighed the number who have recovered (128,377), according to John Hopkins University data. Without a mandate to report recoveries, experts consider this number an underestimate. The U.S. has 85,356 confirmed and presumptive cases, according to the Centers for Disease Control and Prevention (CDC). It’s unclear how many have recovered so far, although Johns Hopkins University reports 813 people. The CDC and the World Health Organization say that adults aged 65 and older, and people with underlying medical conditions might be at higher risk of severe respiratory illness. Most people may only experience mild symptoms.

The following answers were provided by Stephen Goldstein (@stgoldst), a postdoctoral researcher at the University of Utah Department of Human Genetics who studies viral evolution, including the evolution and origin of SARS-Cov-2, the virus that causes COVID-19.

Since SARS-Cov-2 is a coronavirus like the common cold, we don’t think it will mutate, correct? Does the fact that we don’t have inoculations for the common cold mean that we may not be able to create a vaccine for this?

All viruses mutate, but not all “escape” vaccine protection. The same measles vaccine has worked for decades. Colds are caused by more than 100 viruses, so it’s a very different situation. I’m optimistic that a vaccine can be developed against SARS-Cov-2,  but it will take time. Over time, if SARS-CoV-2 continues to circulate it may mutate enough that vaccine formulations will need to be updated, but once we have an effective vaccine platform this should not be technically challenging.

There is also serious work being done on antiviral drugs to combat COVID-19. This is a multifaceted response occurring at a record pace. Multiple clinical trials are ongoing in countries around the world, including the U.S.

How likely is it for the virus to mutate and become more aggressive and disproportionately affect other groups?

Although all viruses mutate, the vast majority of mutations are harmful to the virus while another large percentage has no effect. Although it’s theoretically possible for mutations to occur that change properties of the virus, this is unlikely. SARS-CoV-2 already transmits quite efficiently in people, and there is absolutely no reason to think the virus would mutate to become more lethal.

There has been one report of two different “strains” with differences in the severity of disease that they cause. There is no genetic or medical evidence right now that this is the case. While one strain is currently more common than the other, this is likely due to epidemiological factors not because of differences in virus properties. Scientists around the world will continue to keep a close eye on how the virus genome mutates over time.

How worried should people be with the transmission from purchased items? If an infected person touches a box of cereal at the store and I purchase it house later, what’s the risk?

There is some potential risk, but the majority of transmission is likely due to close contact with a contagious person. Viruses can persist for hours on surfaces, but the amount of virus declines over time and it is not clear for how long there is enough virus to actually cause an infection. It’s also important to remember that these studies showing virus persistence on surfaces (see editor’s note) are extremely informative, but done in a lab under ideal conditions. There is likely a great deal of variability in how these findings translate to the real world. The best defense remains social distancing and good hand hygiene. The latter in particular offers protection against contaminated surfaces.

Can you tell if you’ve already had COVID-19? Is there antibody testing available? Also if you have it, can you get re-infected with a different strain?

Tests to detect antibodies against SARS-CoV-2 are starting to emerge in the U.S., and there is a great deal of interest in beginning to deploy these tests to answer this exact question. Over the next few months, hopefully, we can use these to determine who has been infected. Currently, SARS-Cov-2 only consists of a single strain and re-infection in near-term (less than two years) is extremely unlikely. Beyond this time frame, there is reason to think that a second infection would result in milder disease, due to some remaining protection. I expect that we will have a vaccine before most people are in danger of a second infection.

Is it true that every new carrier can be a body that the virus can use to mutate into something worse, like Ebola did?

The virus will mutate during infection of any host, but the vast majority of mutations will be harmful to the virus. Ebola mutated during the course of the West Africa epidemic, but actually the behavior of the virus did not change as a result. One common Ebola mutation was identified that actually reduced the lethality of the virus. SARS-Cov-2 is likely to be similar.

The following answers were from Jane Yee (@GlobalEMUpdate), an emergency department physician at University of Utah Health.

Is there any advice on using laundry services from laundromats?

There’s no advice against laundering your clothes. Fomites, which are inanimate objects and surfaces that infectious agents can attach to, include clothes. Soap and detergent break down the surface membranes of most bacteria and viruses.

If I’ve had the flu in the past three weeks but have not traveled anywhere or been around anyone who has it. Should I be tested?

If your symptoms are getting better, then you don’t need to be tested. I would still practice self-isolation until your symptoms resolve, which means when you are fever-free for 72 hours without the use of anti-pyretic, improvement of symptoms and 7 days have passed since the start of the symptoms. You still have the option of getting tested if your flu-like symptoms and fever persist or is getting worse. I would recommend being tested if you are considered someone “at-risk” or living in close contact with someone “at-risk.” This means someone who is older than the age of 65, pregnant, or immunocompromised.

This is the criteria for U of U Health and should check the testing protocol for other healthcare providers.

Is it possible to have the virus with a cough and chest tightness, which I always have with a cough because of asthma, but no fever?

This is possible—not every patient presents with all possible symptoms. Contact your health care provider if you’re concerned your symptoms are different than your normal asthma.

My roommate has been in Switzerland and London for the last two weeks. He gets back today. Should he get tested?

Switzerland and the United Kingdom have a Level 3 travel health notice, which means that there is widespread community transmission. He should practice self-quarantine measures and social distancing for 14 days. If he starts showing symptoms within 14 days, he should be tested.

Is there a connection between taking anti-inflammatory drugs, like ibuprofen and the worsening of symptoms?

There has been no evidence that using over-the-counter medications for symptom relief, like acetaminophen (Tylenol) or ibuprofen, make COVID-19 worse, or make you more susceptible to COVID-19 infection. There have been hypothetical concerns posed, but no scientific evidence to support these claims. 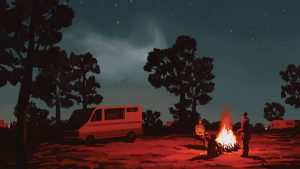 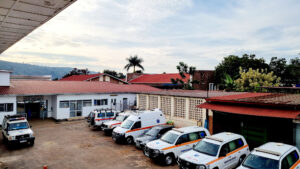