On Monday, Dec. 1, Raymond Tymas-Jones was awarded the Utah Cultural Alliance’s 2014 Cultural Achievement Award for his significant contributions to the arts, humanities and culture in the state of Utah.

His colleague Gretchen Dietrich, the executive director of the Utah Museum of Fine Arts, described his deep and abiding passion for art when she presented him with the award.

“He is tireless in his personal and professional support of all of the many artists on our faculty, in our student body and across the community,” she said. “Of all the things I admire about my boss – and there are many – it is his deep love and dedication to art that I most value.”

During Tymas-Jones’ acceptance speech he spoke about art as a way of connecting to the world and sang a beautiful and powerful rendition of “Sometimes I Feel Like a Motherless Child.”

“I am humbled by the generosity of spirit of those of you who nominated me for this recognition,” Tymas-Jones said when he accepted the award. “Primarily because I consider myself to be extremely fortunate to be privileged to live a life dedicated to the arts and culture.”

The Utah Cultural Alliance released a statement describing why Tymas-Jones was chosen as their award recipient:

“The Utah Cultural Alliance chose to honor Dr. Raymond Tymas-Jones with our 2014 Cultural Achievement Award as he embodies everything that the award is about. He has made a lasting and immeasurable contribution to Utah’s cultural community. His impact as dean of the College of Fine Arts has resulted in thousands of students receiving world-class training in the arts. As vice president of the arts at the U, he ensures that cultural entities such as Kingsbury Hall, the Utah Museum of Fine Arts, Natural History Museum of Utah, and more (there’s so many!) remain financially successful and fulfill their missions. With oversight over so many cultural entities, it’s possible to say that the majority of Utahns have patronized an organization that is directly influenced by Dr. Tymas-Jones. Over his career, he has also worked hard to increase the impact of diverse voices in the cultural sector. Words can’t really express how important he’s been to Utah’s cultural community and that is why we were so happy to honor Dr. Raymond Tymas-Jones. We were especially thrilled to be treated by hearing his beautiful voice!”

Instead of a plaque or trophy, Tymas-Jones was given a piece of art by the U’s Department of Art & Art History professor Ed Bateman called, “The Fisher King Awaits the Question.” 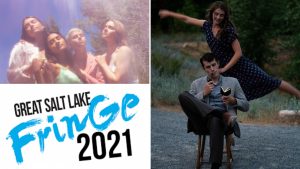 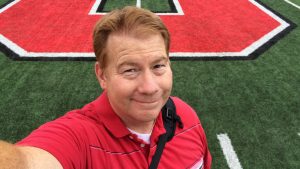 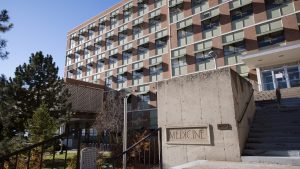