What a person eats influences a person’s health, longevity and experience in the world. Identifying the factors that determine people’s diets is important to answer the bigger questions, such as how changing climates will influence unequal access to preferred foods.

A new study led by University of Utah anthropologists provides a blueprint to systematically untangle and evaluate the power of both climate and population size on the varied diets across a region in the past.

The authors documented that climate had the most influence over diet in the Central Andes between 400 and 7,000 years ago. This makes sense—the climate determines what resources are available for people in the area. The researchers were surprised that population size had little impact on diet variation, despite many complex societies emerging at various points over time that would have brought disparate communities together, fostered trade and increased competition. 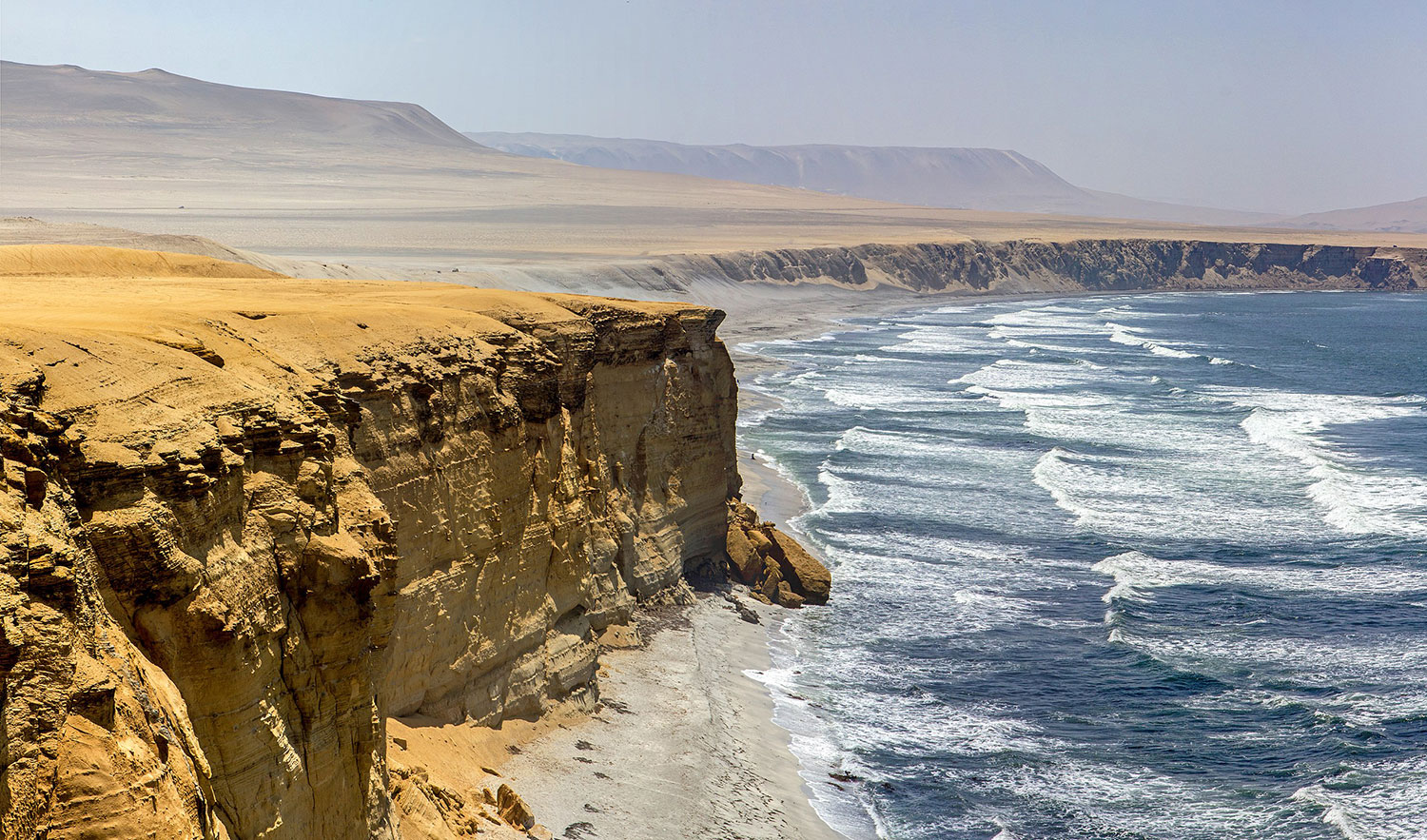 The Paracas National Reserve on the coast in the Ica region of Peru.

The exception was during the Late Horizon (~480-418 yBP), when diets across the region became more similar to one another. This coincides with the Inca Empire that appears to have centralized enough political power to reduce local dietary decisions, and thereby dampen the influence of climate. The study presents a framework for exploring the relative role of climate and other socio-demographic factors on dietary change through time—including in the future.

“Given the rapid climate changes happening in the world today, our study suggests that projected climatic changes will be essential to predict health and well-being for populations in the future,” said Kurt Wilson, lead author and doctoral researcher at the U.

The study was published on Feb. 7, 2022, in the journal Scientific Reports.

The Central Andes’ breathtaking terrain spans from sea level to some of the world’s tallest mountains. At each elevation, the climate and food resources are wildly different. Coastal communities relied mainly on marine resources, with some agriculture. Mid-elevation societies had access to some marine resources and raised pastoral animals such as llamas, but mainly relied on agriculture. High elevation diets consisted of some agriculture but were dominated by pastoral animals. 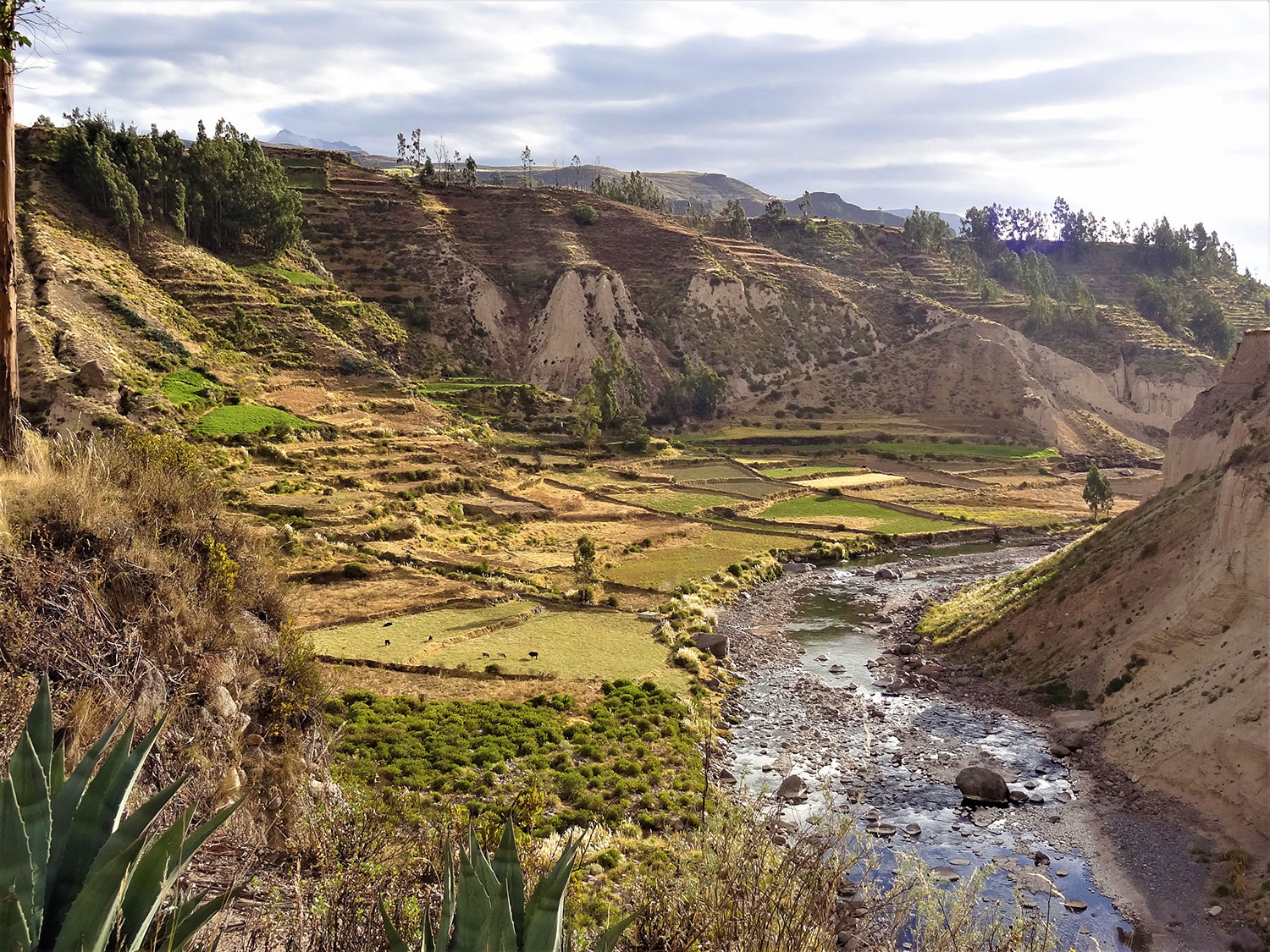 A mid-elevation landscape in the Central Andes.

The region’s demographic history undulates as wildly as the landscape, with complex societies rising and falling at various points in time. Changes in population size can influence sociopolitical complexity or alter mobility patterns, both of which will influence diets.

“I am really interested in the emergence of material inequality. If you have people eating different things based on status, there’s your inequality,” Wilson said. “I couldn’t compare status and inequality directly with the data that was available. So, we asked, ‘How can we approximate what amount of influence sociopolitical complexity might have on food availability?’”

To do so, the authors compiled the largest dataset of past diets based on carbon (δ13C‰) and nitrogen (δ15N‰) isotopic values in the Americas over the last 7,000 years. Derived from a person’s bone collagen, the stable isotopes represent an individual’s lifetime average diet and how much was made up of different broad categories of plant (carbon) and animal (nitrogen) sources.

Using publicly available data, the researchers identified 1,767 individuals from published literature in Peruvian, northern Chilean and Lake Titicaca archaeological sites. For each individual’s location, they generated variation of local climates using model simulations of mean annual precipitation, mean annual temperatures, mean annual seasonal temperatures and mean annual precipitation seasonality. They also generated population size estimates for each individual using a “dates as data” approach with a compilation of ~4,000 radiocarbon dates by treating the number of dated sites at any one time as a proxy for the relative population size.

“It’s a pretty remarkable dataset that represents untold hours of research generated by archaeologists over decades,” said Brian Codding, associate professor of anthropology at the U and last author of the study. Wilson led a team of undergraduate researchers, all co-authors, to help compile these findings. “Pulling it all together, and making it accessible, is a great example of where archaeology is headed, to answer big questions and to make the science open and reproducible.” 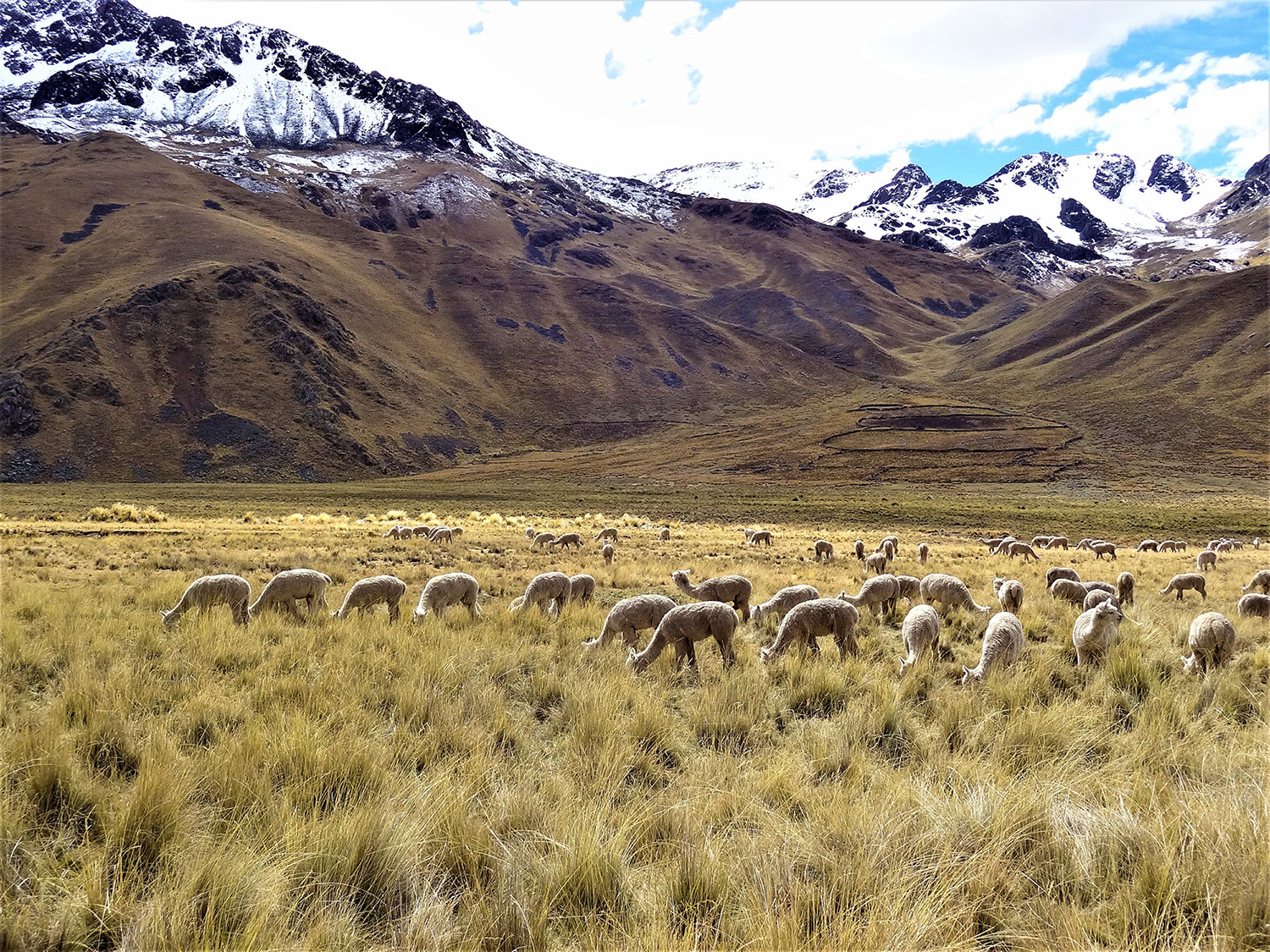 Highland elevation in the Central Andes. Pastoral animals, including alpacas, made up most of the highlanders’ diets.

They compared dietary trends over time, across three elevation categories: coastal, mid-elevation and highland. This allowed them to capture how much of diet is explained by population change and local climate, which estimates how much might be due to other social factors.

The findings showed little dietary overlap between regions in the carbon and nitrogen isotopes for most of the 7,000 years of the study. However, most of that variation collapses at the Late Horizon (~480 – 418 yBP), when the Inca Empire dominated the region.

In the Middle Horizon (~1,350 – 950 yBP), also a period with political centralization, there’s an overlap in carbon for coastal and mid-elevation individuals. During this period, both the Tiwanaku and Wari Empires engaged in regional trade and resettlement and contributed to expanding maize as an important feasting component. Yet nitrogen signatures remained distinct in elevation zones, suggesting the environment continued to dominate the diet.

“Even when we’re centralizing politically, people are still heavily reliant on what’s local to them. Then in the Late Horizon, the data strongly suggest that all of a sudden, this disappears,” said Wilson. “The influence exerted by the Inca Empire overrode local climate influences on diet in ways the Wari and Tiwanaku Empires could not.”

This research details how most of the differences between peoples’ diets, a key part of daily life, in the Central Andes resulted from different climates. It also suggests that in the most socio-politically, interconnected period, social processes may override climatic effects. Next, the authors will add data on the amount of sociopolitical influence that each individual may have experienced, which may unveil unseen patterns in how inequality interacted with climate to impact daily life.

Researchers can apply these methods to other regions to identify how much climate and population changes altered the diets of people over human history.

“What people eat, and how they get it, are a massive part of a person’s daily experience,” Wilson said. “Understanding what caused changes in those behaviors in the past is important to understanding how we may respond to changes in the future.”