Utah still sometimes has hazy, smoggy and even hazardous air days, but the air today is significantly cleaner than it was in the early 1970s. Back then, car tailpipes blurted out exhaust practically straight from the engine, clogging the skies. But environmental legislation in the 1970s led to the requirement that cars come equipped with a catalytic converter, a device that routes exhaust through a ceramic substrate coated with a catalytic washcoat that can contain platinum, palladium and/or rhodium. These elements act as chemical catalysts to convert toxic gases in exhaust to carbon dioxide, nitrogen and water. The catalytic converter has saved around 40 billion tons of carbon monoxide and around 4 billion tons of nitrogen oxides and 4 billion tons of hydrocarbons from entering the air we breathe.

The ceramic honeycomb structure at the core of the catalytic converter was invented at Corning Incorporated in upstate New York in 1971, and the first name on the patent is Rod Bagley, a University of Utah alum (B.S. ’60, Ph.D. ’64). The technology-commercial interface was directed by another U alum, Dave Duke (B.S. ’57, M.S. ’59, Ph.D. ’62).

Willard Cutler, a U grad himself (B.S. ’89), is now Division Vice President & Commercial Technology Director for Corning’s Environmental Technologies division that focuses on ceramics for emissions control. In a recent article in The American Ceramic Society Bulletin, Cutler co-authored a history of the innovations that led to the ceramic honeycomb invention. We spoke with Cutler to hear how the invention came to be, and why U alumni were in the right place at the right time to contribute to an innovation that changed the world. 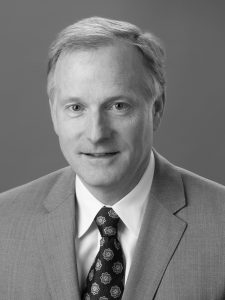 Tell us about your background.

I have since spent around 20 years in the business of making clean air. It has been quite rewarding to use the material science expertise that I first started to develop at the University of Utah and put it into a practical application that allows cleaner air throughout the world. We work with car and truck manufacturers around the world to provide technology to help them reduce their pollution to meet regulations. Regulations continue to tighten, which means we continue to develop higher performance, more efficient and more affordable products.

What’s the history behind the catalytic converter?

The idea of a catalytic converter had been around since the 1950s, with various configurations investigated. There were no regulations that required their use at that time. There were three requirements: it had to be relatively cheap, it had to remove the pollution and it had to be durable enough to last the life of the car. There were various legislative attempts to improve air quality, but without much of an impact. However, in 1970 President Nixon created the Environmental Protection Agency. At the end of that year, the Clean Air Act was signed, which went into effect for model year ’75, which practically meant the vehicles sold in ’74 had to implement catalytic converters.

Where does Corning enter the story? 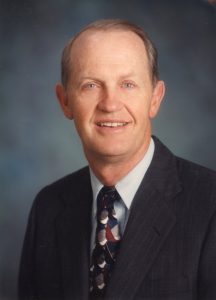 In 1970, Ed Cole, president of General Motors, said that a pollution-free car was possible if it had a catalytic converter and if you take the lead out of gas. Cole told his team to start working on this. In February of that year, a couple of executives from Corning went to meet with Cole trying to sell a new glass for windshields made with a new process. Cole told his Corning visitors, “Well, I’m not really interested in your windshield glass.” They also discussed a honeycomb heat exchanger, which could be used for turbine engines.

But Cole said, “We don’t really believe the turbine engine has a bright future, but maybe you could use a honeycomb structure like your heat exchanger as a catalyst substrate.” These executives came back to Corning and this is where the first U alum, David Duke, got involved. He got the assignment to answer several questions, which resulted in concluding that the opportunity was real, catalytic converters would be needed and unleaded gasoline would be available and while there are lots of people trying to create solutions, there’s not yet a clear technology winner. Corning’s chief technology officer and vice chairman at the time said, “OK, I’m going to divert half of the research lab to work on this problem. I think there’s a real need here. And we might have, as a material science company, some solutions.”

What was the solution?

Corning had several potential alternatives for how to make a honeycomb-like structure that you can put a catalyst on to do pollution removal. The story intersects with the University of Utah again with Rod Bagley who got his Ph.D. in ceramic engineering from the University of Utah. He had an idea about how to make a honeycomb and he sketched it out on the blackboard, but his colleagues said, “Eh? I don’t really see it.” 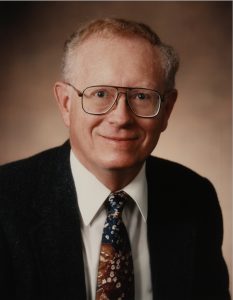 So, he ran out to the high bay area where all the furnaces are, got some soft refractory brick and used a diamond saw to make a 3-D model. And he changed his design on the way back to the office. When he showed it to them they said, “Wow, that might work!” So he filed for a patent on this idea. The front of the die looks like a bunch of rectangles or slots that cross at right angles. And on the back of the die it has a bunch of holes. If you just push batch with a Play-Doh consistency through holes, you come out with spaghetti. But these holes would intersect at some point with this cross section of the pattern of slots and when the material hits the slot, it now has to spread out and form a honeycomb.

He made a prototype die out of brass. The first extrusion doesn’t look super impressive, but once they saw this, they stopped all the other parallel paths because this was a method that could extrude this stuff continuously and chop it into pieces that could then be catalytic converters. This forming invention timing also corresponded with the material invention of synthetic cordierite, which allowed durable, thermal shock resistant, high temperature honeycomb substrates.

Different companies had alternative ideas. General Motors, ironically, was not our first customer. GM came up with a solution where they used a bunch of ceramic beads coated with coated catalysts in a can. They ended up using their solution for the next 10 to 15 years before switching to honeycomb substrates.

Ford was the first car company to adopt this technology and they gave Corning an order. The problem was we didn’t even have a factory. The other problem was that car companies said “We’re going to make our engines so good that we won’t need your device after about five years.” So Corning built a factory in a year and depreciated it over five years. Now that was 1972. And of course it’s been nearly 50 years. Now there are many factories all over the world making these, but that’s, in a nutshell, how these two guys from the U made a tremendous contribution.

Billions of tons of pollution have been removed because of this invention. Now almost every car in the world has this ceramic honeycomb underneath it. In addition, this technology was later extended to make wall-flow ceramic particulate filters that remove harmful particulate pollution from gasoline and diesel engines, extending millions of lives. Corning designed and developed these filters for both diesel and gasoline vehicles.

Why was there such a strong connection between Corning and the University of Utah?

It’s my understanding that between the early 50s to the early 80s the U provided a lot of thought leaders and experts from its material science/ceramic engineering program. The technical ceramic field is quite small. And the University of Utah during that timeframe was kind of a powerhouse and a lot of these folks either went into industry or became professors. There were a lot of famous professors across the country that were U alumni. There were a bunch of other U alumni at Corning that were peripherally associated with this business. Fortunately, material science is still a priority at the U, and I appreciate the foundation I received at the U, which has helped me be successful and contribute in my career.

When I got to Corning, I was surprised at how strong of a U connection there was. David Duke was the vice chairman and chief technology officer. The director of research was a guy named Jerry Meiling, who got his undergraduate degree at the U. And there were several other alumni that worked in ceramics and glass. It was an interesting compilation of people that showed up based on the strengths of the U during that timeframe.

What are the problems your field faces today that current students might have a hand in solving?

There’s lots of things. There will continue to be more cars and it’s unlikely that we’re going to all electric anytime soon. Most of the pollution now happens in the first 90 seconds after you turn on your car. Once your car is warm, if it’s properly maintained, it’s essentially pollution-free. And in some areas of the world, the air being sucked into the engine is actually dirtier than the air leaving the tailpipe.

While hybrids provide better fuel economy, their engine is turning on and off all the time, so it can create spikes of pollution with each of these engine starts. China and Europe have started to strictly regulate particulates, not only from diesel engines, but also from gasoline engines and gasoline hybrids. These regulations require particulate filters, which can mitigate this pollution challenge for hybrids. As we look to the future, it’s all about reducing the pollution in that first minute or two of a car’s operation. The pollution generated in those first two minutes driving is the same as the next 200 miles that you drive. There are certainly needs for developing new materials and new routes to materials that lower costs and increase throughput.

I tell this story to students to inspire them with how individuals can make a difference and although not everybody can have the brilliant idea, it takes literally hundreds and thousands of people to make these ideas work pragmatically. It’s a cool story. 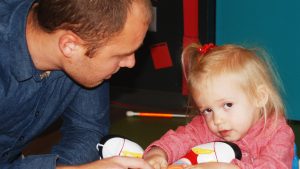