A hearing before U.S. District Court Judge Howard C. Nielson, Jr. was scheduled on a motion to dismiss filed by attorneys representing the university and a motion to amend filed by attorneys representing the McCluskey family in the case of McCluskey v. State of Utah. The hearing was set for May 13, 2020, at the federal courthouse in Salt Lake City but has since been postponed until in-person arguments can be heard.

The hearing is part of the expected legal process and follows a series of filings and responses by attorneys for the university (represented by the Utah State Attorney General’s Office), and the family of Lauren McCluskey, over the past year. During the hearing, state attorneys will reiterate the university’s position that current law—including issues related to individual and organizational liability as outlined in Title IX and in the Governmental Immunity Act of Utah—does not support the plaintiffs’ monetary claims made in the lawsuit.

Previous legal filings and statements have stated the university’s commitment to meeting its obligation to do its best to ensure student safety. The university also has made clear that its staff deeply regret not better understanding the danger Lauren faced and missed opportunities to help her. Despite these acknowledgments, the university maintains the lawsuit should be dismissed based on current applicable federal and state law.

The university shares the McCluskey family’s commitment and vision to improve safety on its campus and college campuses across the country.

Lauren McCluskey’s tragic murder in October 2018 was a pivotal moment for the University of Utah. The university is committed to improving and reducing the likelihood of such a tragedy happening again on campus.

There is no end to this work, as the U will always need to be focused on and addressing safety. Transformation of a campus culture is neither a simple nor a quick process, but it is one to which the U is fully committed. Many of the changes made at the university to date have involved policies, personnel, processes and physical improvements. The university continues to work to build an institutional culture that gives all members of the campus—and community stakeholders—confidence and trust in its ability to listen, support and respond appropriately. In June 2019, attorneys for the McCluskey’s family sued the University of Utah in federal court. The lawsuit seeks a $56 million judgment against the university, some of its employees and the state.

The lawsuit filed in federal court alleges the university violated aspects of Title IX and the Equal Protection Clause of the 14th Amendment in its handling of Lauren McCluskey’s case.

The family’s attorneys have also filed a separate Notice of Claim with the Utah Attorney General’s Office seeking damages of $56 million for wrongful death and negligence under state law.

The purpose of a motion to dismiss is to address the legal theories presented by the plaintiffs in their pursuit of a monetary judgment. The federal court applies current legal standards to the plaintiff’s facts as alleged in their complaint. Filing a motion to dismiss does not preclude the U and the state from seeking a negotiated resolution of the lawsuit, and representatives from the Attorney General’s Office continue to do so on the U’s behalf.

The motions filed on behalf of the university, which reflect current federal law prohibiting a monetary judgment in a case like this, are posted in their entirety online.

Link to Reply Memorandum in Support of Defendants’ Motion to Dismiss (filed Jan. 27, 2020)

Link to Memorandum In Partial Opposition To Plaintiffs’ Motion For Leave To Amend (filed Jan. 27, 2020)

What has the U done to improve campus safety since Lauren McCluskey’s murder?

The U has made significant changes to practices, policies, personnel and physical infrastructure, including the naming of a new chief safety officer and a new police chief.

The university has completed items identified by the independent review team enlisted in 2018, as well as additional recommendations from the campus safety task force (the only remaining recommendation yet to be completed is a new police station on campus). These include requiring specific trainings for various entities on campus, clarifying reporting structures, revising policies and holding all employees accountable for strict compliance with these policies. Significant and meaningful work is taking place and is making our campus safer.

In January 2020, University of Utah President Ruth V. Watkins appointed Chris Linder as a special assistant to support violence prevention and education efforts on campus. In this role, Linder will advise campus leaders on issues surrounding intimate partner violence and sexual assault. She will work with groups focused on campus safety and will help guide initiatives related to reducing intimate partner violence and sexual assault. Linder also will work to improve communication, awareness and information-sharing across campus and in the broader community. As part of her work, Linder has launched an Interpersonal Violence Prevention & Education Collective comprised of students, staff and faculty that will work on primary prevention strategies using a power-conscious, equitable lens.

In addition to Linder’s work, professor Sonia Salari received a $300,000 grant from the Office on Violence Against Women, which is part of the U.S. Department of Justice, to bring together external resources and services and comprehensive preventative strategies to improve outreach, awareness and prevent violence on the U campus.

Is the U willing to resolve the case out of court?

The university’s statement on mediation in the McCluskey case can be read here.

When will a federal judge make a ruling in this case?

U.S. District Court Judge Howard C. Nielson, Jr. has scheduled a hearing on a motion to dismiss filed by attorneys representing the university and a motion to amend filed by attorneys representing the family in the case of McCluskey v. State of Utah. The hearing is set for May 13, 2020, at the federal courthouse in Salt Lake City. After that hearing, the judge will make a ruling in the case. Timing for issuing a ruling is at the discretion of the court but is likely at some point in 2020.

Did the U use “victim-blaming” language in its motion to dismiss?

None of the statements in any of the university’s motions were intended nor should be read to suggest victim-blaming. The U does not believe that Lauren McCluskey had any responsibility for the heinous actions of her murderer.

Did the U claim that it had “no obligation to protect McCluskey from her attacker” in the motion to dismiss?

No. The U has always acknowledged its moral and ethical duty to protect its students and to do its best to create a safe environment for the campus community. The U has invested significant resources over the past three years to improve campus safety.

The language used in the motion reflected the specific legal theories advanced by the family in support of a monetary judgment—that the university violated Title IX or that the university or its employees violated the 14th Amendment to the U.S. Constitution.

Why does the university have its own police force?

The U has its own police force to provide local, campus-centric security—something we believe would be lost if policing were integrated into a larger outside law enforcement entity. A university-governed campus police department, overseen by a campus chief safety officer and police chief, is a national best practice for a campus of our size. The U intends to continue investing in its police force through new leadership, additional training and expanded resources. A new chief safety officer and a new police chief have been named for campus.

Why is the Utah Attorney General’s Office defending the U in this lawsuit?

Under Utah law, the Utah Attorney General’s Office engages in litigation on behalf of the U. The Utah State Division of Risk Management, which provides liability insurance coverage to the U, approves and pays settlements and judgments against the state, including the university. Claims covered by the Division of Risk Management are litigated by the Attorney General’s Office. Settlements over $1 million also require the approval of the governor and the Utah Legislature.

Why is the university not releasing the student mental health records in this case?

The university’s statement about the disclosure of adult student mental health counseling records can be read here. 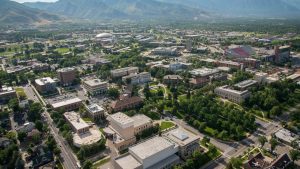 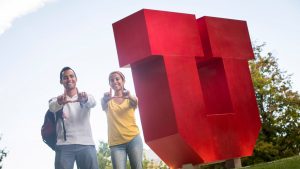