The recently redesigned and relaunched publication has received several top prizes and recognitions for its most recent issues.
Seth Bracken - University of Utah Magazine

It’s award season for more than just TV, music and movies. The recently redesigned and relaunched University of Utah Magazine (formerly Continuum) has taken home several top prizes and recognitions for the most recent issues. 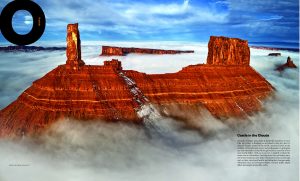 The awards include Best Print Publication by Content Marketing World and Ragan PR Daily for the nonprofit category. Additionally, the website was just given a Platinum Award from the MarCom Awards. And Utah Magazine will have several spreads on display at the Gateway on in October as part of the American Institute of Graphic Arts (AIGA) competition, where the magazine was selected as part of the Top 100 Works from Utah Creatives.

“We couldn’t be prouder to receive these recognitions,” says Melody Murdock, editor of Utah Magazine. “It’s a testament to the transformative work being done at the U and by our outstanding community of alumni, donors and employees.”

The University of Utah Magazine is printed three times a year and explores the traditions, heritage and evolving excellence of Utah’s flagship public institution of higher education. Faculty and staff can subscribe to the magazine here. 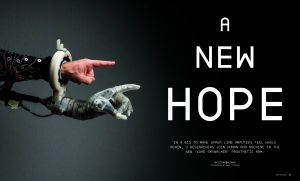 Every year, Content Marketing World holds one of the largest marketing conferences and awards programs in the world, attracting businesses and nonprofits such as Mazda, ExxonMobil, the AARP and thousands of others. Utah Magazinebeat not just publications in higher education but went head-to-head against top marketing agencies and Fortune 100 companies and still came out on top.

Ragan PR Daily is a public relations organization that holds conferences and trainings and is a source of news for PR professionals. Other entrants this year include PBS SoCal, the Texas Better Business Bureau, and the Children’s Miracle Network. 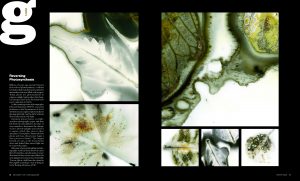 This competition honors excellence in marketing and communication. There are two tiers of awards—gold (the lower tier) and platinum (the higher tier). Utah Magazine received the Platinum Award. Other entrants include Johnson & Johnson, Hilton and Honda.

The magazine will be on display at the Gateway in Salt Lake City as part of the AIGA 100 Show Gallery. The 100 Show is the city’s most prestigious juried competition and it honors and showcases the years’ best design. Eligible projects are judged for craft, concept and aesthetic achievement as determined by nationally recognized judges.