University of Utah scientists know how to turn a challenge into an opportunity. Repeatedly, researchers at the U have developed innovative research solutions to some of the Salt Lake Valley’s most serious environmental issues. Light rail trains sample the air as they dart around the valley. Camera traps keep their eyes on the wildlife in mountain canyons. Climate and hydrological observations track rain, snow, plant stress, groundwater and streamflow from the mountain crest to the valley floor.

All of these environmental factors—earth, air, water and life—are interconnected, though. A change in one has the potential to impact any or all of the others. So how do U researchers respond to this extraordinary complexity? By banding together. This fall, the U launches a new university-wide collaboration called the Wasatch Environmental Observatory.

“We’ve talked about campus as a living lab, and faculty have gotten grants to develop research infrastructure throughout the Wasatch Front,” says Brenda Bowen, director of the Global Change and Sustainability Center (GCSC). “We have all this infrastructure and we thought: ‘How can we pull this together in a new way to not just study campus as a living lab, but our home, the whole Wasatch Front?’”

This observatory isn’t a single facility like, say, an astronomical observatory. It’s a network of sensors and instruments, stretched all across the Wasatch Front, that collectively monitor multiple environmental metrics. “We’re pulling together all of the systems that were initially funded by individual researchers or large multi-researcher grants to make it into something more than the sum of its parts,” Bowen says.

Part of the observatory is relatively stationary, providing consistent, long-term data. But part is portable and deployable, Bowen says. “As events occur, we can deploy infrastructure into a certain area by pulling together hydrologic, atmospheric and ecological research facilities into a distributed observatory or field station.”

Paul Brooks, professor of geology and geophysics, says that the observatory is a framework for future projects and infrastructure to be added in. State, federal and local agencies, he says, have already expressed interest in tying their instrumentation into the WEO network. The measurements and results from WEO can then be used by those stakeholder agencies. “That’s one of the exciting areas of WEO,” Brooks says. “It takes the new knowledge generated by students and faculty and ports it through as quickly as possible to people on the ground who use that knowledge to make better decisions.”

For Bowen and the GCSC, which brings together faculty from across campus to study environmental issues, WEO is a fulfillment of the center’s mission. “It’s realizing what GCSC strives to be,” Bowen says. “WEO will help integrate everything we’re doing to advance sustainability in our own backyard.”

WEO will be led by a committee of six faculty members (including Bowen and Brooks) hailing from the departments of Geology & Geophysics, Atmospheric Sciences, Civil and Environmental Engineering, and the School of Biological Sciences. Beyond that, nearly 40 researchers from 13 different departments and eight colleges already have research or outreach projects associated with WEO.

According to a project summary from GCSC, current facilities to be linked together through WEO include:

All of that equipment requires service, repair and maintenance. So WEO provides for two full-time research technical specialists, Dave Eiriksson and Ryan Bares, to keep the sensors running.

Brooks says the interconnectedness of the WEO sensor systems allows researchers to study the impacts on one environmental system, say, urban development, on others, such as the quality of water in urban streams.

“The idea is that each individual solution we have exists in a broader context,” Brooks says. “We want to be as comprehensive as possible so that the solution to one issue doesn’t then create a new problem down the line that perhaps we didn’t think of.”

Brooks adds that the U is uniquely positioned, with researchers and facilities, to study environmental issues common throughout the West.

“WEO brings those researchers and resources together,” he says, “so instead of addressing these issues piecemeal we have the ability to address them in concert.”

Want to join in?

If you’re considering or conducting environmental research along the Wasatch Front, come to a think tank mixer presented by GCSC on Sept. 26, from 5-7 p.m. at the College of Law, sixth floor, Flynn Faculty Workshop. 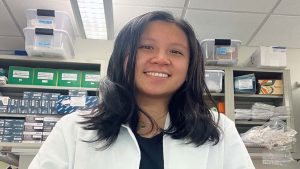 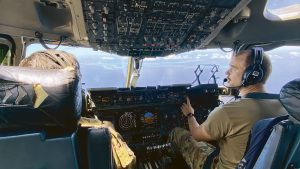