I remember thinking, ‘I can’t move to Utah in two months!’ And then my excuses fell away in two months. I found myself looking for an apartment on Craigslist. Found a place to live. Sold my car. Bought a bike. Moved into Art Space. When I was at Art Space, I lived on the third floor. I looked at the Central Warehouse next to the Old GreekTown TRAX stop. I looked at it every day — looked at this amazing, historic piece of land not being used, right next to a TRAX stop. That was my motivation, and I looked at the space through my window while I studied for the GRE.

Thankfully I got into the program, and I came to realize that U professor Stephen Goldsmith was the brainchild of the space that I moved into (Art Space) — it seemed like fate. Upon enrolling, I worked as an AmeriCorps member with The Road Home, just across the street from Art Space. While in the city and metropolitan planning program, I participated in an urban design studio focused on homeless services, and I created a proposed design solution for an emergency family shelter in the very space that motivated me to get into the program. Now, I work for Salt Lake City in the Housing and Neighborhood Development Department focusing on homeless services and city planning. I’ve come full circle I suppose.

I don’t consider myself to be the best student, but I have empathy for myself because I am a first-generation undergraduate and graduate student. I was chronically homeless as a child, so my learning abilities are a bit different. The U faculty have been extremely supportive, whether it’s saying hello or calling on me in class for a different perspective. The faculty have instilled a lot of confidence in me. Because of these relationships, I was able to pick myself up every time I didn’t do well.

As graduate students, we have such limited time to learn as much as possible AND try to apply it AND to not be so critical of ourselves. Show up for yourself, take as much as you can from an experience and try to apply it to what you love, the rest may follow.

After previously attending BYU Idaho, the University of Delaware and BYU, I began my journey at the University of Utah in spring 2015. I chose to transfer to the U because it offered my major of interest, peace and conflict studies. The best part of this major is the emotional exploration it allows. It encourages you to promote peace and create peace within yourself.  Outside of the classroom, I am very involved. I work two jobs, participate in student government and am a full-time student. Last year, life brought some new struggles into my busy schedule. I was diagnosed with hyperthyroid disorder, lost a job, was taking 19 credit hours and was living away from my family. Although this brought new challenges, I was able to overcome them. My advice to students is to get involved.  Whether it’s in a student organization, student government or as a teaching assistant. Just do something to get out of your comfort zone.

I got married three years ago, and I have a 2-year-old son and a daughter who was on born Feb 4, 2016. My son came in my sophomore year. It was two weeks into the semester, and I showed up to class so tired. The professor asked “Did anyone do anything fun?” I raised my hand slowly and said “my wife had a baby.” Everybody stood up and applauded.

I took a break for a semester because my wife was going to dental hygiene school. I could kind of see getting by without a degree — then I looked around and realized that if I want to progress and get my family to where we want to be, I’m going to need to get an education. So I got back on the bandwagon the next semester, and here I am finishing up.

I’m a psychology major. I love the mind. I love the thought process. I did that exploratory take-random-classes-here-and-there thing and just fell in love with it. I’m taking an infant psychology class right now. It’s been really cool that literally, chapter by chapter, I’m living it in real life.

When I’m holding my child and I think about the responsibility I’m taking on, it helps me recommit to my studies and not slack off and to be really diligent.

Commencement is an accomplishment, something that signifies that I joined that club of college graduates. There’s a lot of people who don’t get that opportunity. To me it’s a real sense of pride, and I’m excited.

Ever since I was a little kid, I thought germs and infectious diseases were very interesting. But it didn’t occur to me until I was a senior in high school that I could study them for a job. I applied to the U and got a scholarship, and have lived in the Marriott Honors Community. I’ve always been kind of awkward. I’m not shy. I’m not afraid to talk to people. I just say the wrong things. Sometimes I’d start a conversation with something like, ‘Do you want to know something cool about cholera?’ My freshman year, I was in the ACCESS program full of other young women who wanted to be scientists. They had nerdy interests, and I made friends. It’s not that I became less awkward, but I learned how to own it. There are a lot of research opportunities at the U, and working in a lab is where I found my place, where I felt I was doing something important. I want to study infectious disease in grad school. It’s my passionate interest. I have more than 60 Giantmicrobes, which are like stuffed animals but are stuffed toy bacteria, viruses or other cells. 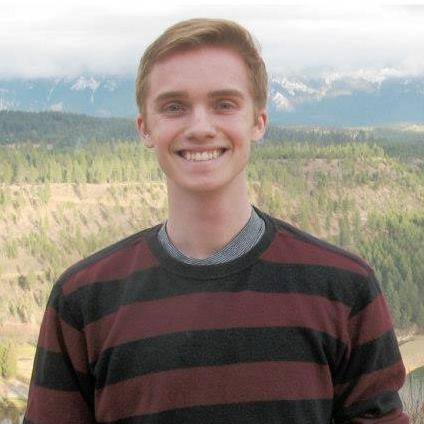 I am 25 years old, and have lived in New York, Utah, Colorado, England and Japan. Some of my hobbies are watching movies, at-home yoga, playing basketball and reading cowboy novels. I volunteered for one semester at the Carmen Pingree School for Autism. I have worked in a group home for young adults with severe developmental disabilities and am currently working as a special education paraprofessional at East High School. When I first decided to attend the University of Utah, I was aiming to become an occupational therapist, and had heard the U was the best school in Utah for studying health and medicine. Following my first semester here, I changed my focus to autism treatment in psychology.

Through the Undergraduate Research Opportunities Program and Learning Abroad Office, I was able to take classes and perform research at Japan’s top university for studying autism and other disabilities. Through the Psi Chi Honor Society, I was introduced to a representative of the U-TTEC autism lab in the Educational Psychology Department and became a volunteer research assistant there.

My first time living in Japan was from 2009 to 2011, and I was in Koriyama when the 2011 earthquake and tsunami occurred. Koriyama is a city in northern Japan, neighboring the Fukushima nuclear plant where a radiation disaster followed the earthquake. I had the opportunity to spend weeks volunteering along the coasts near Sendai, helping to clean mud and grime out of houses still standing after the tsunami. My second time living in Japan was in spring 2015. I studied abroad in Tsukuba, through Utah’s Learning Abroad program, and performed a research project that was eventually published in the the Journal of Education and Practice, “Perceptions of Aging and Disability among College Students in Japan.”

New leaders bring fresh expertise to Global U
May 19, 2022 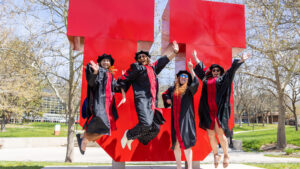 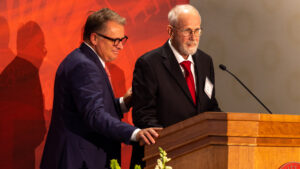