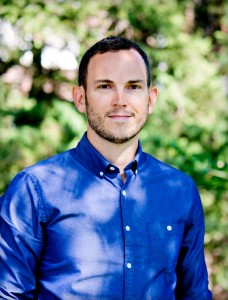 publications to better understand the issue of how journalism branding affects reporters. His results, along with the work of journalism professor Logan Molyneux of Temple University, was published in 2015 in Journalism. Their study, “Identity Lost? The Personal Impact of Brand Journalism,” received a Top Faculty Paper award in 2015 from the International Communication Association.

Holton and Molyneux suggested that news organizations may need to reconsider how social media is used for branding, promotion and identity creation. Journalists face choosing between their jobs and personal online identities. “This choice presents a paradox: If journalists choose to present too much of a personal identity, they risk punishment by their employers,” Holton and Molyneux stated. “If they present only a professional identity, they risk offending their audiences.” Read the full report here.

Holton’s related research on news consumers’ feelings of “information overload” was also highlighted by Harvard’s NiemanLab, in his piece, “How we read, not what we read, may be contributing to our information overload.” The story focused on Holton’s research with Iris Chyi, associate professor in journalism

at the University of Texas at Austin, which found that the use of computers and Facebook are more associated with information overload than the use of television and iPhones.

Holton and Chyi surveyed more than 750 adults on their digital consumption habits and perceptions of information overload, asking about the use of 15 different technology platforms, and checking for correlation with feeling overloaded with information. Three showed a positive correlation as predictors of overload: computers, e-readers and Facebook. Two showed a negative correlation: television and the iPhone. The rest — which included print newspapers, Twitter, iPads, netbooks and news magazines, among others — showed no statistically significant correlations.

“What the findings suggest,” Holton said, “Is that the news platforms a person is using can play a bigger role in making them feel overwhelmed than the sheer number of news sources being consumed. So even if you read The Huffington Post, BuzzFeed, The New York Times and ESPN in a day, you may not feel as inundated with news if you read on your phone instead of on your desktop (with 40 tabs open, no doubt). The more contained, or even constrained, a platform feels, the more it can contribute to people feeling less overwhelmed. A news app or mobile site, for instance, is an isolated experience that emphasizes reading with minimal links or other distractions. Compared with reading on the Web at your computer, your options seem smaller.”

Read the full NiemanLab report and interview with Holton here.

Holton is currently an assistant professor and a humanities scholar in the Department of Communication, where he coleads the Communicating Health and Science Media Lab. His research engages the intersections of digital and social media, mass media and health and disabilities communication. In the classroom, he teaches a blend of online content creation and social media engagement. He completed his doctorate in 2013 as a William C. Powers, Jr. Fellow with the School of Journalism at the University of Texas at Austin. He also earned a Doctoral Certification in Disabilities Studies from the Texas Center for Disabilities Studies. See more of his research profile here.