Charmelle Green returns to the U

Former Utah Softball All-American and Hall of Fame member Charmelle Green has been named Deputy Athletics Director for Internal Operations and Chief Operating Officer at Utah, Director of Athletics Mark Harlan announced Tuesday. Green returns to her alma mater from Penn State, where she has spent the past 10 years and currently serves as Senior Associate A.D. for Student-Athlete Performance, Health and Welfare, and Senior Woman Administrator. 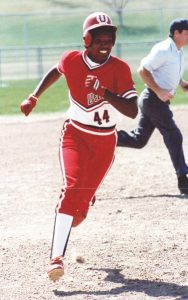 “This is a very exciting day for Utah Athletics, to welcome Charmelle Green back to her alma mater as Deputy A.D. and Chief Operating Officer,” Harlan said. “She is a phenomenal leader who has earned tremendous respect as an intercollegiate athletics administrator, and it is a great day for Utah Athletics to welcome one of our own back to Salt Lake City. Her experience in all areas that impact student-athlete well-being will make a significant impact in enhancing the experience of our student-athletes.”

Green’s addition follows the departure of Kyle Brennan who was recently appointed Director of Athletics at Illinois State University after 12 years at Utah, most recently as Deputy A.D. and COO. Green will begin her position at Utah on March 1.

“It is with tremendous excitement that I return to my alma mater, the University of Utah, to serve as the Deputy Director of Athletics and Chief Operating Officer,” Green said. “I am truly grateful for this opportunity to work alongside Athletics Director Mark Harlan and his talented administrative team and coaching staff as we seek to achieve the University’s and department’s mission to provide students the opportunity to reach their full potential academically, athletically and socially.”

In Green’s role at Penn State she serves as sport supervisor for women’s volleyball, men’s and women’s cross country and track & field, softball, and ability athletics, as well as the management, supervision, and evaluation of Intercollegiate Athletics Sport Performance unit, which includes medical services, athletic training, strength and conditioning, performance nutrition, performance psychology, and applied health and performance science. She also oversees the Intercollegiate Athletics Student Welfare and Development unit, which develops and implements life skills programs, and resources for student-athletes, and serves as intercollegiate athletics liaison to Counseling and Psychological Services.

“I will be forever grateful for the wonderful years spent at The Pennsylvania State University and learning from the tremendous leadership of University President Dr. Eric Barron, Vice President for Intercollegiate Athletics Sandy Barbour, and the entire Penn State athletics team for whom I will always call family,” Green added. “I have learned a great deal through my experience at Penn State, and without question, Penn State has prepared me well for this opportunity. I can’t wait to get started, and I look forward to reconnecting with my Utah family.” 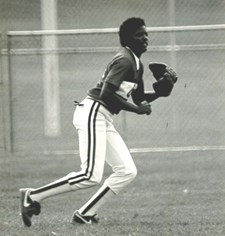 “I’m thrilled Charmelle has this tremendous opportunity to bring her passion and talents home to the University of Utah,” Barbour said. “She’s been a critical asset at Penn State and I’m so appreciative of her contributions to our success. Our loss is Utah’s gain, and I know that Ute coaches, staff and student-athletes will benefit from her strong and determined leadership.”

Green previously spent 10 years at the University of Notre Dame, with her final role being head of the Office of Student-Athlete Welfare & Development and the sport administrator for women’s swimming & diving. During Green’s six years in Notre Dame’s athletics administration, she oversaw the student development program, with the mission of providing a balanced Notre Dame experience for student-athletes by focusing on five key areas: academic excellence, athletic success, career preparation, community involvement and personal development.

Prior to joining athletic administration at Notre Dame, Green was an assistant softball coach for the Fighting Irish from 2001-05. During her tenure on the coaching staff, the Irish were selected for the NCAA Tournament four times and won four Big East Conference regular season championships.

Green’s collegiate coaching career began as a volunteer assistant at Utah in 1996 before moving on to full-time assistant coaching positions at Colorado State (1999) and Syracuse (2000-01), and ultimately Notre Dame.

After an All-America softball career at Utah, Green played one season of professional softball in New Zealand following graduation. She returned to Salt Lake City and coordinated youth programs for Salt Lake County Parks and Recreation from 1995-98 while also coaching softball at West High as head coach and as a volunteer assistant at Utah. During that time, Green also was an integral part of developing an advisory board for the development of an inner-city school for the arts.

A first-team All-American in 1990 and second-team choice in ’91, Green also was named the 1991 Western Athletic Conference Player of the Year and winner of the Occie Evans Award, honoring the outstanding senior woman athlete in team sports at the U. She also was Sportswoman of the Year in Softball in the state of Utah after leading the Utes to the College World Series in her highly-decorated senior year, when current Utah Softball head coach Amy Hogue was a freshman.

Green, who helped lead two conference championship teams and was a captain in 1991, was inducted into Utah’s Athletics Hall of Fame in 2001. She left Utah with 13 school records, including seven all-time career standards. Among those she was the all-time leader in batting average (.341), hits (232), runs (112) and stolen bases (55), and still ranks fifth in stolen bases and triples (12). Green is also enshrined in the State of Utah’s Softball Hall of Fame as well as the Hall of Fame at Mt. Miguel High School in Spring Valley, Calif.

A 1991 Utah graduate with a degree in mass communications/public relations, Green earned a master’s degree in secondary education in 2003 from IU South Bend.