Usually it’s the setting of snowy ski hills and smooth frozen rinks where you’ll find Utah’s Olympians every four years. But don’t overlook the Summer Games when it comes to the U’s Olympic prowess.

Of course, the story for of the Tokyo 2020 Summer Games, from a U perspective, are the three members of U.S. Gymnastics—incoming freshmen Grace McCallum and Kara Eaker, and Red Rocks legend MyKayla Skinner, who announced her retirement from NCAA competition this month.

Skinner, who was an alternate for Team USA at the 2016 Games and will compete as the U.S. team individual this year, won seven Pac-12 championships and two NCAA national championships during her time with Utah Gymnastics. She also holds the NCAA record for consecutive routines without a fall (161). While Minnesotan McCallum has yet to compete in front of 15,000 fans at a sold-out Huntsman Center, she is no stranger to big-time gymnastics, having won two World Championships with the U.S. National Team. She’ll get a chance to win another championship, as she earned one of four spots for the team competition. Eaker, who has also won two world championships with Team USA and hails from Missouri, earned a spot as an alternate. All in all, 30 percent of the U.S. Gymnastics contingent at the Tokyo Games will have Utah Gymnastics ties.

The representation from Utah women’s teams don’t stop with gymnastics. Both Softball and Women’s Basketball have two alumni going to this year’s Summer Games. Hannah Flippen, who is as a replacement player on U.S. Softball, led Utah to two of their best seasons ever in 2016 and 2017, winning back-to-back Pac-12 Player of the Year awards on squads that finished their respective seasons ranked No. 16 and No. 14. Anissa Urtez, who played with Flippen all four years and earned Pac-12 All-Conference honors in 2016 and 2017, will represent Mexico in the 2020 Summer Games. The shortstop from Long Beach is blogging about her Olympic experience here.

Representing Women’s Basketball is an international duo, Kim Gaucher of Canada and Leilani Mitchell of Australia. It’s the third Olympics for Gaucher, who was an All-American four times during her time at the U and was drafted No. 13 overall in the 2006 WNBA Draft; and the second Olympics for Mitchell, who was the Mountain West Conference Player of the Year in 2008 and has spent the last 13 seasons in the WNBA.

Beach volleyball legend and alumnus Jake Gibb will be making his fourth Olympic appearance for Team USA. At 45, the U Business grad and Bountiful native will be the oldest Olympic beach volleyball player in history. He’s been named USA Volleyball Men’s Beach Player of the Year four times, most recently in 2018 and 2019.

For the first time ever, climbing will be an Olympic sport, and former student Nathaniel Coleman will be leading the four-member U.S. Climbing team in Tokyo. The “de facto captain” of the U.S. team, the 24-year-old Salt Lake City native has won the last five national bouldering championships.

Speaking of sports making Olympic debuts at the 2020 Tokyo Games, alumnus Cole Sax directed and produced “World Debut” for the Olympic Channel and YouTube Originals. The film tells the story of how surfing, skateboarding and climbing went from fringe activities to the world’s fastest growing sports to official Olympic events.

With ten athletes across six sports, there will be plenty of opportunities to watch those with U ties compete in the Summer Games, July 23-August 8. And as always, Go Utes! 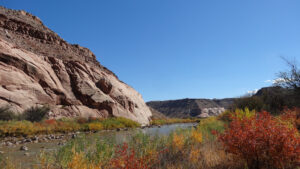 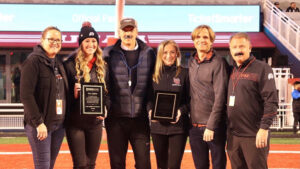