Utah gymnasts Grace McCallum, MyKayla Skinner and Kara Eaker will all head to the Tokyo Olympics after the long journey to get there ended in triumph Sunday night at the Olympic Team Trials.  Incoming freshman McCallum earned a berth as a member of the four-gymnast Team USA squad, while Skinner collected her Olympic berth as an individual. Lastly, incoming freshman Eaker heads to Tokyo as an alternate to round out the three gymnasts.

Leaving it all out on the floor, Utah’s trio of gymnasts capped off a terrific weekend and finished in the top-seven of the all-around standings following Sunday’s competition. McCallum finished fourth overall in the all-around (112.564) at the Olympic Team Trials this weekend to solidify her position on the team, while Skinner finished in fifth place (112.264) and Eaker placed seventh (111.097).

McCallum’s consistency was displayed throughout the weekend as she finished fourth on floor, and fifth on the uneven bars and balance beam. She posted the second-best floor score on the first day of the competition and the third-best score on bars Sunday night. With her consistency paying off, McCallum was one of two positions filled by the selection committee at the end of the night.

Skinner, who made the decision to put her college career on hold and return to elite gymnastics for this exact moment, will compete as an individual in Tokyo after shining on vault and floor particularly. Skinner placed second on vault at the Olympic Team Trials and seventh overall on floor to earn an individual spot and complete her dream to become an Olympian.

Selected as an alternate, Eaker finished second on the balance beam after she shined on the event both days. She also performed excellent on floor, placing sixth overall to aid in her seventh-place finish in the all-around.

Below is the 2020 Tokyo Olympic competition schedule for the three Utah gymnasts: 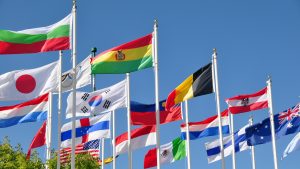