“I really want to communicate my science to people—I study the electrical properties of organic materials, basically plastics. Computer screens made out of organics instead of silicon would be more flexible and more efficient, but we don’t fully understand how they conduct electricity. If you do astrophysics, you can point to the sky and say, ‘That’s neat. Let’s talk about why that’s neat.’ I’m like, ‘Hey kids, you want to know how diodes work?’ And nobody wants to know how diodes work.

Well, modern society wouldn’t exist without them—your computer wouldn’t work if they didn’t have diodes. It’s super important and ubiquitous, but if someone asks, ‘How does electricity work?’ it takes a lot to understand it. Before physics, I was a designer, which is all about communicating complex ideas in novel ways. So, I came up with a board game. The basic idea is that you build an electrical circuit with your neighbors. Each player is a type of material, like silicon or germanium. Using currencies such as energy and photons, you push electrons around to the interfaces of the materials to create light. For example, in a real diode, current only goes one way. But you could spend, say, two energy tokens to push electrons in the opposite direction. When you combine them at the interfaces, you make a photon, like an LED, and get a point.

I tested it with 20 people who were gamers and a few physicists. The scientists liked how accurately it demonstrated the science, and the gamers really had fun, and actually learned how electrical circuits work. You really connect with people and ideas when you’re playing a game like you can’t in a physics lecture. It’s such an unexplored space that I’d love to keep working on.” 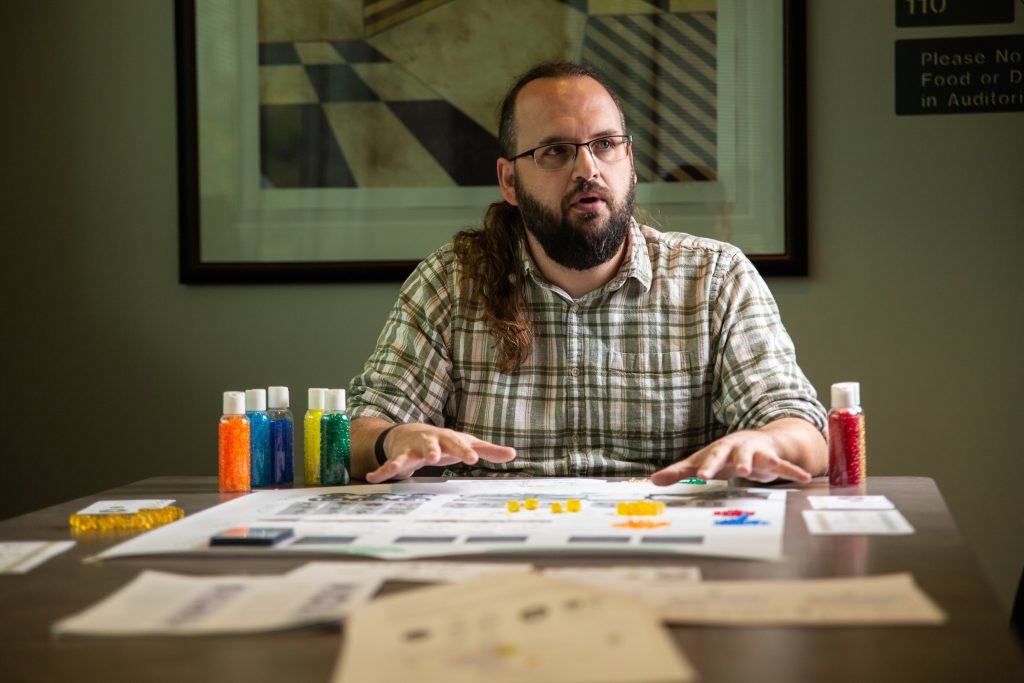