It has been an emotional Women’s History Month at the University of Utah’s Women’s Resource Center (WRC). On March 3, 2020, the WRC staff was joined by dozens of campus and community partners as they cut the ribbon on their newly remodeled office space in the Union. Opening up the new space was an especially poignant moment for the WRC’s long-time director, Debra Daniels, who has also announced she will retire in June. 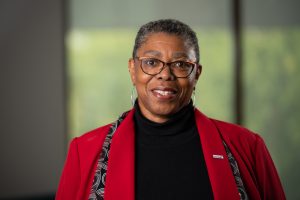 Debra Daniels announces retirement after 17 years as director of the University of Utah's Women's Resource Center.

“It has been a gift beyond what I could have ever imagined,“ said Daniels. “To be leaving and to get to see this new space and the incredible team I’ve worked with and to reflect back on when I came to the university is really remarkable. I know the WRC is ready to take what we’ve built so far and really expand upon it even more.”

The WRC was founded in 1971. Daniels is its third director, following in the footsteps of Shauna Adix, Kathy Brooks, Ramona Adams and other visionary women who were instrumental in keeping the WRC alive such as Kay Coleman, Jenna Kelson and Jane Edwards. When Daniels joined the center in 2003, she knew she had found her dream job.

“Three years into my work at the Rape Recovery Center, Kathy Brooks retired,” said Daniels. “I thought, ‘If I don’t apply for it now, that will never come up again in my work cycle.’ So, I applied and here I am 17 years later.”

Daniels first brought her passion for empowering women and fighting for social justice to the U when she came as a student to earn her Master of Social Work. She returned after gaining experience with valuable partners of the WRC such as the Phoenix Institute, which helped women who were trying to enter into the workforce.

“During the early to mid-70s, there was a lot of money and programming to help ‘displaced homemakers’ with job training and another component of that was getting women back into education so they could get better paying jobs as well,” said Daniels. “That’s when the Women’s Resource Center started. There was a group of women in the Salt Lake community who saw this need.”

“We have developed some amazing partnerships with donors such as Barb Snyder and Kari Ellingson who allow us to support students and not just to women,” said Daniels. “We have scholarships for everybody." 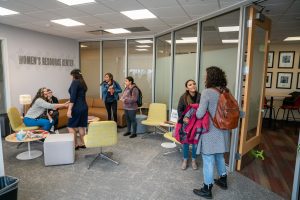 Another valuable resource the WRC now provides is its counselor training program.

“It’s really the first multicultural counselor training program,” said Daniels. “We have four students from our College of Social Work and educational psychology who come in and spend a year with us learning about counseling from a multicultural perspective so addressing a range of identities and they provide phenomenal counseling to students, staff and faculty.”

Daniels said she’s also proud of the WRC’s emergency fund that allows them to help students who may be on the verge of dropping out of the U if they can’t pay for things like food, books, or even an electric bill.

“We may have a single mom come in at 2:30 p.m. on a Friday and she doesn’t know where she’s going to sleep for the weekend,” said Daniels. “We have developed partnerships with places such as the University Guesthouse, HRE and USA Family Housing so we can help that person stay safe. That’s something we have really prided ourselves on is our partnerships. I think we’ve been a small office but with big partnerships.”

Under Daniels’ leadership, the WRC’s partnership network has expanded both on and off campus with programs such as Go Girlz and work on violence against women. It has been important for Daniels that the WRC be seen as more than assisting displaced homemakers and that they become known as an asset to campus. The upgraded space, Daniels said, is a big step in the right direction. 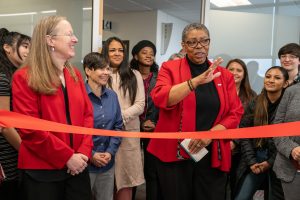 “I host a Women of Color group on Mondays and the first time they came into the finished space they were like, ‘This is for us? This is our space?’ It speaks volumes to have a place that says, ‘you matter;’ That says, ‘you deserve beauty, comfort and privacy;’ A welcoming place; A space to collect and be able to walk in and be completely yourself without having to measure your words because someone isn’t going to understand you; To come here and not have to convince someone that your story is valid.”

Daniels said her hope is that the WRC space will continue to be a safe, welcoming place for an increasing number of campus community members. She wants everyone to know the WRC is there for them in ways they may not know and is here to offer as much support as they can.

“The WRC has evolved so much since its founding and since I’ve been here,” said Daniels. “They are engaged in social justice work not only on campus but in our extended community and are uniquely positioned to help and advocate for everyone who reaches out. It has been an honor to be part of this wonderful team and I look forward to seeing all they accomplish in the future.” 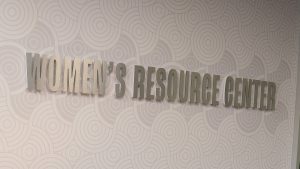 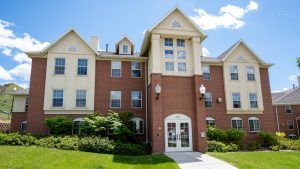 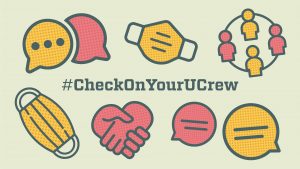