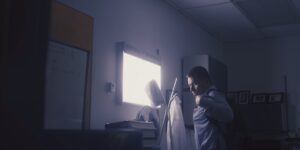 Daniel Mendoza, a research assistant professor in the U’s Department of Atmospheric Sciences and adjunct assistant professor in the Pulmonary Division at the School of Medicine, is one of four featured subjects of a new documentary, “AWAiRE,” that explores the impacts of air quality along the Wasatch Front. “AWAiRE” premiered on Sept. 28 at Wasatch Brewery Sugar House.  The premiere event was hosted by the Healthy Environment Alliance of Utah (HEAL Utah), which promotes renewable energy and clean air and protects public health and the environment from dirty, toxic and nuclear energy threats. 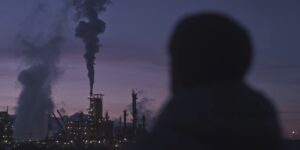 The documentary, directed by Jack Hessler from WZRD Media, also features Carmen Valdez, the director of legislative policy with HEAL Utah, Marlen Olmedo, a legislative aide and member of the Rose Park Community Council and Tony Pavlantos, a professional snowboarder and co-founder of Prival Concepts. “We hope the stories of these people can help guide us into how to build a better future,” Hessler says.

Mendoza, who also holds appointments as a visiting assistant professor in the Department of City & Metropolitan Planning and as a senior scientist at the NEXUS Institute, says that the film has been in production for around two years. His role, he says, provides the scientific perspective as well as an explanation of how air pollution disproportionately affects different communities. He describes how, in winter, a high-pressure air layer can settle like a lid over the mountain-rimmed Salt Lake Valley, trapping the emissions produced by buildings, cars and industry. He also describes his own childhood respiratory challenges.

“The idea was to try to understand air quality on a more personal level,” Mendoza says. “We wanted to make this documentary really feel like you’re talking to someone and having a conversation. It is a Utah story told by people who live in Utah from different backgrounds.”

Filming the documentary brought out Mendoza’s artistic side, he says, hearkening back to high school stints on a theater department filming crew and at a college radio station.

“That’s how I realized that there are many aspects to recording live entertainment or producing a film,” he says. “I think it’s probably something that does appeal to a lot of people from STEM fields. It’s almost an experiment. How do you change things? What do you cut? How do you convey your message?” 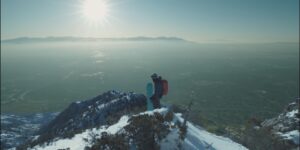 “Too many times we think that we’re too insignificant and cannot make a difference,” Mendoza says, “but by showing how each of us as individuals are collectively working towards solving this problem, I think that everyone can find a place.” The film also highlights resources available for people who are interested in volunteering or advocating for clean air. “That whole despair of, ‘I can’t do anything about it’ kind of gets just thrown out the window. We know that everyone can contribute to this.” 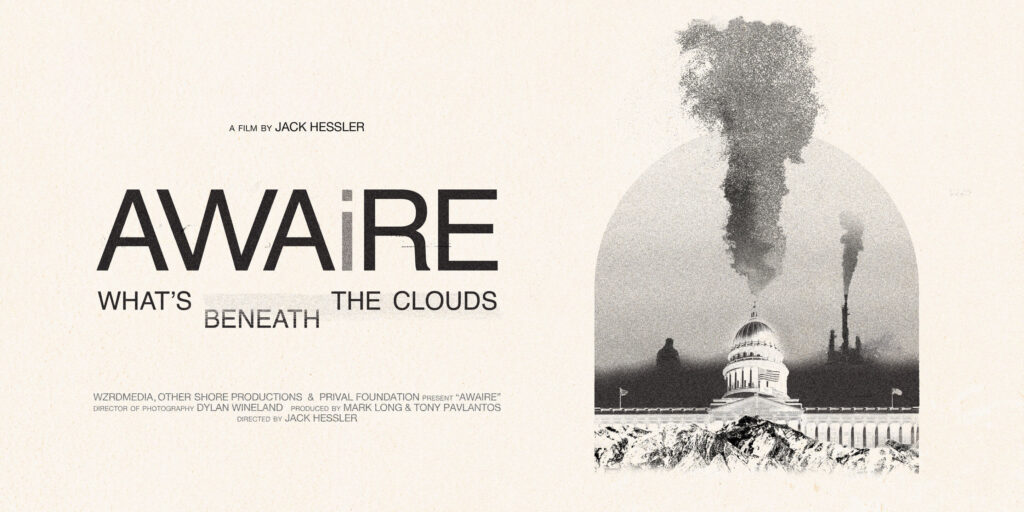 The Healthy Environment Alliance of Utah (HEAL Utah) has been an environmental advocacy organization, watchdog, and strategic influencer in Utah since 1999. By empowering grassroots advocates, using science-based solutions, and developing common-sense policy, HEAL has a track record of tackling some of the biggest threats to Utah’s environment and public health—and succeeding. The organization focuses on clean air, energy and climate, and radioactive waste. HEAL uses well-researched legislative, regulatory and individual responsibility approaches to create tangible change and then utilizes grassroots action to make it happen.