Later this month, TRAX gates will be removed in some locations and installed at others to improve traffic flow and enhance safety on campus.
Janelle Hanson

Beginning in late June, changes related to TRAX train gates will occur in two areas of campus — the South Campus Drive roundabout and the intersection of Wasatch Drive and Mario Capecchi Drive.

To allow the flow of east-west traffic to continue through the roundabout while TRAX trains also pass though, the east and west crossing arms will be removed. Crossing arms that parallel the tracks will remain active to ensure the safe passage of TRAX trains. 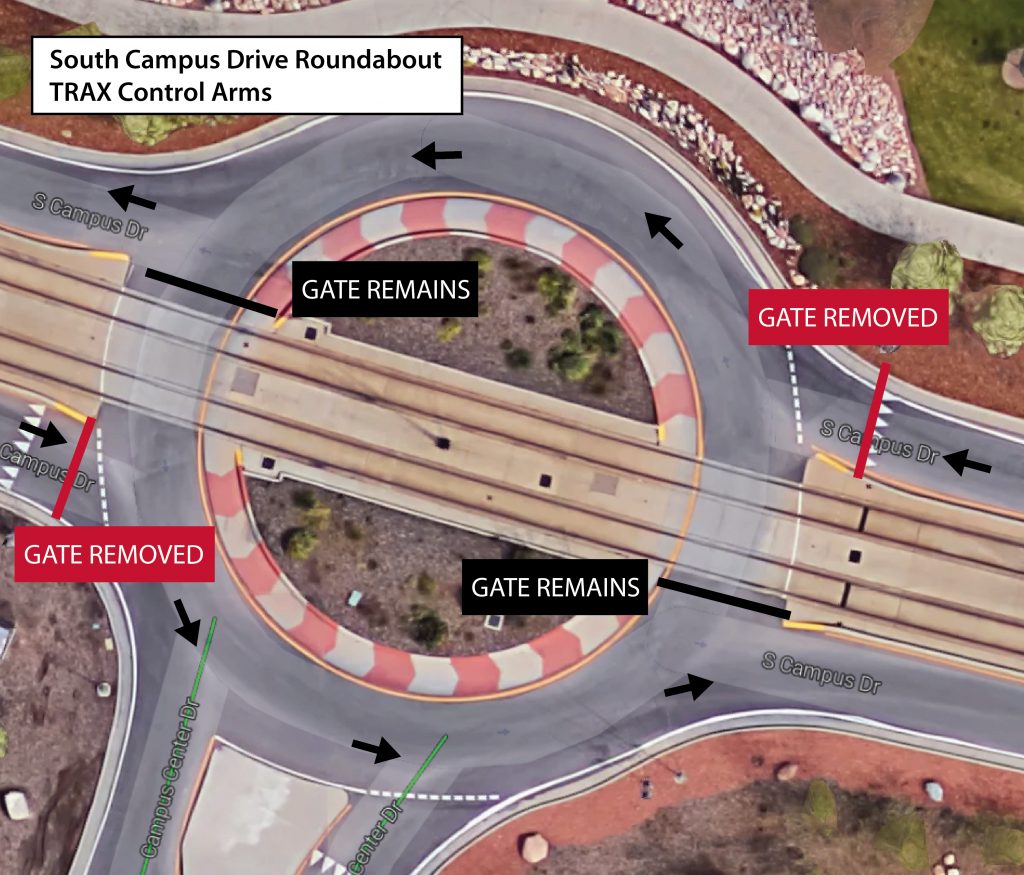 A new crossing arm will be installed on Mario Capecchi Drive at the junction of Wasatch Drive, preventing southbound traffic from turning right when a TRAX train is approaching. 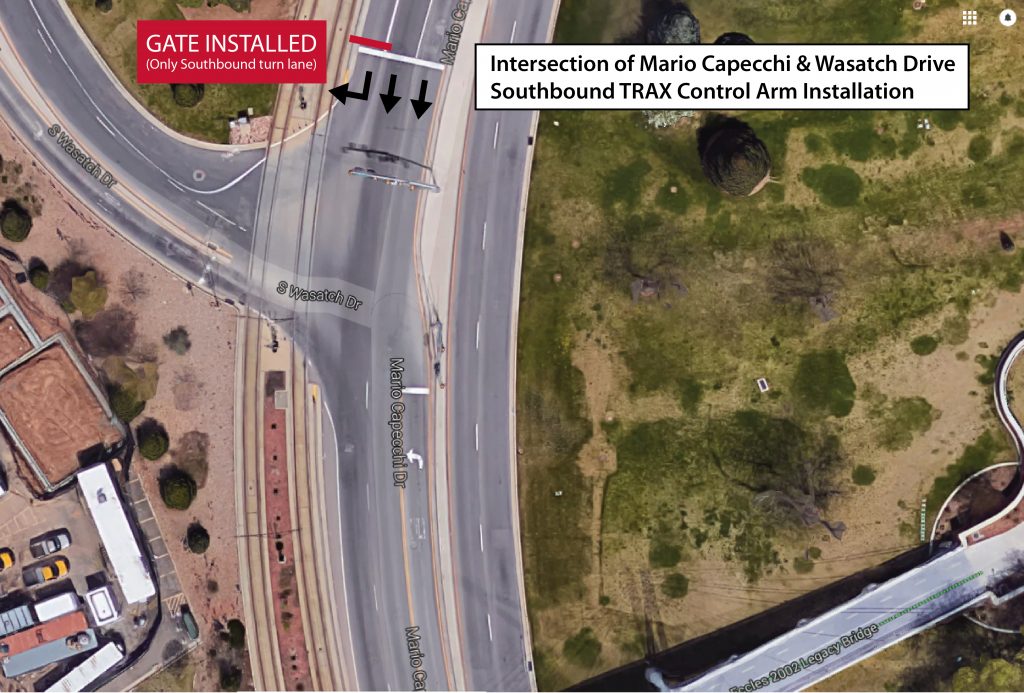 These projects are part of a coordinated effort between the Utah Transit Authority and the Utah Department of Transportation to better facilitate traffic movement and enhance safety in the university area.