An angry asteroid and virtual pets prove to be a winning ticket for U students who invented StepPets game focusing on health and wellness.
Janelle Hanson

University of Utah MBA student Tim Cooley wanted to find a way to make exercise more fun. He started with a simple question: What if walking a pet — even a virtual pet — could be made into a game? 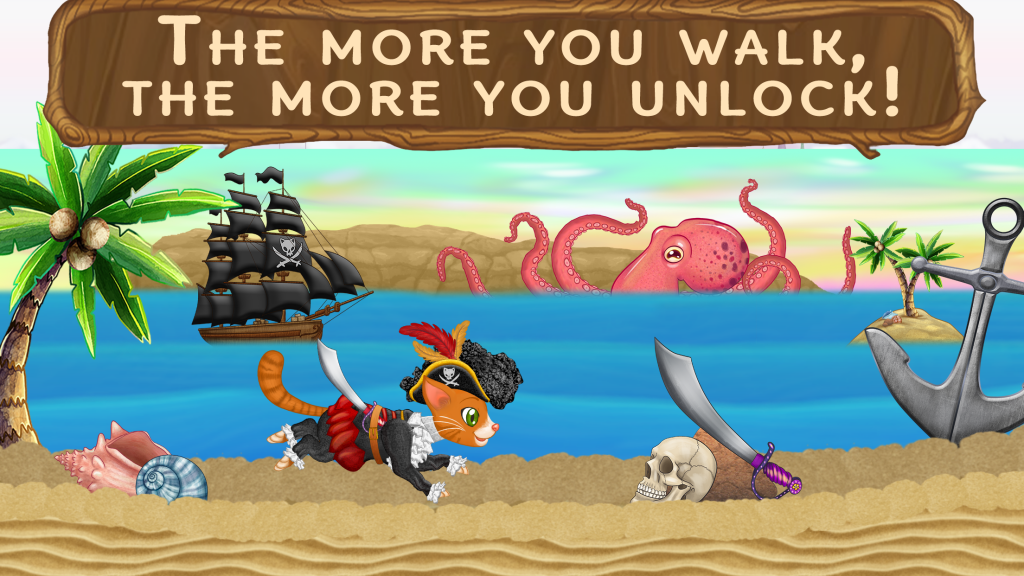 With help from the Lassonde Entrepreneur Institute at the David Eccles School of Business, Cooley and a team of students joined forces to do just that. They created StepPets, a game where players compete with pets they earn by walking and increasing their fitness goals each day.

Earlier this month, Cooley, along with Topher Nadauld, Binoy Mohanty — who both were Entertainment Arts & Engineering graduate students at the U — and Eleora Nelson, a local Salt Lake City artist, watched as their creation hit the iTunes store.  After raising $5,500 through the U’s Get Seeded and Bench-2-Bedside programs, they were given $20,000 from Zions Bank to take the company to the next level.

This month, StepPets, through its parent company Random Breakfast, launched in the Apple App Store.  The game also unveiled a new promotional trailer on YouTube made by Nadauld (who also works at the U’s Marriott Library).

Cooley spoke to @TheU about the process of founding StepPets and what it has been like to watch what started as an idea turn into a full-fledged product that is now on the marketplace.

Q: Tell us about the journey to creating your company. Where did you come up with the idea for your app?

A: While working for a startup that was focused on health and wellness, I noticed how no apps were truly changing behavior. Meanwhile, I saw close friends and family (including myself) play a game for hours on end, doing the same repetitive motion over and over. Health and wellness companies were “gamifying” their wellness platform, but no one cared.  Receiving a badge for the 100th time had no value to people playing the games.

I thought if we could package health differently and provide a new type of reward to players, then people might actually change their behavior.

Q: For students unfamiliar with your product, can you describe what the app does and how it’s different from what is already on the market?

A:  Our game, StepPets, is pretty simple.  It centers around, Jacques, an asteroid who sent his asteroids to ruin the planet and to stop the StepPets from moving.  In the game, players run Cooper and his friends through a level to restore each of the different themes and find new StepPets friends along the way.  (Try the game for yourself by downloading the app here).

The game is unique because walking is a component of playing the game.  For example, new pets are earned by reaching and exceeding fitness goals.  We give players daily walking goals to achieve and they get StepCoins when reaching them.  Every time a player reaches their goal, new goals are set. A pet may cost 30 StepCoins, so a player can either buy the pet or walk 30,000 steps to earn it.  Additionally, levels are created by the player.  We track player steps throughout the day via smart phones or wearables, like Fitbit.  When the player comes back the next day to play the game, yesterday’s data is used to create the current level.  Finally, the game changes in difficulty.  The more sedentary a player is, the harder the game is to play.  The more active a player is, the easier the game is to play.

Q: How did the University of Utah — specifically, the Lassonde Entrepreneur Institute at the David Eccles School of Business — help to facilitate the creation of this company?

A: The Lassonde Entrepreneur Institute was instrumental in the development of not only the idea, but in helping to create the team. I met Binoy, a graduate student in the Electronic Arts & Engineering Program, during a board meeting for the Entrepreneur Club.  That summer, Binoy and I had planned to meet to discuss websites when I told him about an idea to create a game about walking virtual pets.  He called his classmate, Topher, and five minutes later we started drawing out the first version of the game. About a month later we met Eleora, a local artist, and the team was formed.

With a full team, we took part in Bench-2-Bedside competition, designed to introduce medical students, engineering students and business students to the world of medical device innovation. Student teams form into multidisciplinary startup companies and are given the task of identifying an unmet clinical need. We received $500 to conduct initial market research and built our first prototype as part of Bench-2-Bedside.  We took that prototype to the Get Seeded Program, where we received more funds to for reaching our key milestones.

We won the Media Award at the Bench-2-Bedside competition this past spring. We had the opportunity to share the game with Scott Anderson, CEO of Zions Bank and sponsor of the Lassonde programs, who gave us $20,000 to continue the development of our game. He encouraged us to use Zions Bank as a testing platform for the game, and we’ve enjoyed working with the company to do just that.

Q: It must have been both a shock and delight when Scott Anderson from Zions Bank handpicked your project to fund. What were your feelings when you learned you had a major investor interested in helping you take things to the next level?

A: It was absolutely shocking.  At the time, we had recently been turned down for funding from a local investment group focused on student ideas. This was devastating because we really wanted to work on the project over the summer. When Mr. Anderson offered us $20,000 and the ability to use Zions Bank as a test site for the game, it really gave us the encouragement to keep going forward with the idea. We still talk about how amazing that day was.

Q: What’s next for your company?

A: We have many end goals for StepPets. First, is to prove we can make a fun game.  Fun is critical in the development of any game, which is why we made that a high priority in the development.  Second, we want to prove health can be done differently.  We are creating a new business model for mobile health apps and we are creating a new type of player experience for the game industry. Finally, we hope to tell a cool story.  When Binoy, Topher and I first talked about this idea, we got excited about the story we could tell and how it could help millions of people live life differently.

We have an exciting future.  We have learned a lot about integrating these two industries into one format and have come up with a number of other games, which we hope to start developing after this game launches.  We also believe that other game developers will want to use phones and devices differently to give their players a new way to play their game.  We hope to be the platform that allows for this type of game experience.  Finally, we hope to continue to develop the digital entertainment network here in Utah and give back to the EAE, MBA and Lassonde programs that helped us get started.