University of Utah leaders are committed to supporting diversity and fostering a culture of equity and inclusion on campus. To facilitate these goals, the U’s inaugural vice president for Equity, Diversity, and Inclusion, Mary Ann Villarreal, is reorganizing existing groups and convening new ones to focus on making improvements in this area. One such effort is the Racist and Bias Incident Response Team, which was originally established under former Associate Vice President for the Office of Equity and Diversity Kathryn Bond Stockton and former Executive Director for Diverse Student Advocacy Tawanda Owens.

The team is tasked with overseeing the creation, implementation and long-term success of university protocols, programs and processes in order to provide appropriate and calculated responses involving bias incidents and racism on campus. There are several offices on campus already engaged in this work, and this committee brings these perspectives together in an effort to develop a coordinated approach and to capitalize on the knowledge, reporting structures, programming and communication tools that already exist.

“During the past few years, this campus has experienced increased numbers of racist and bias incidents targeting the campus community at large,” said Villarreal. “These happen in a variety of ways, at varying times, and at different locations around campus and have devastating impacts. It has become clear that we need a more coordinated and consistent way to track, report, respond, and communicate about these incidents with members of our community.”

To address this, subcommittees have been established to focus on reporting and tracking, communication and response, and data and assessment. The committee co-chairs will present recommendations to the vice president for Equity, Diversity, and Inclusion to be considered in conjunction with suggestions from other similar committees.

Recently, incidents of racism and homophobia have occurred on campus, and the university has been the target of several improperly posted racist and biased banners and flyers. The Anti-Defamation League reports that many of these flyers have been found on campuses across the country and are known tactics used by white supremacist groups to recruit college students.

“It is important for the campus community to be aware that the university was targeted, to understand the motivation behind the incidents, and to know that the university strongly condemns bias, discrimination, racism, bigotry and hate,” said Associate Director of Communications Annalisa Purser, who co-chairs the committee.

Currently, when things like this happen on campus, the university aims to share information about the incident, the motivation behind it, the university’s response and a list of support resources through safeu.utah.edu, as well as through the institution’s news hub, attheu.utah.edu. However, this process, including dissemination of this information, will be further developed by the committee.

It is important to note that many of the racist and bias incidents that occur on campus are not necessarily a violation of the law. However, they may be violations of university policy. Therefore, if university police are notified, they will document the incident and can use it as evidence if any related illegal activity occurs. They also work with state and federal partners to gather intel and evaluate the level of threat and can facilitate reviewing video surveillance to determine whether students or other members of the university community were involved.

If any university students, staff or faculty are identified, relevant campus offices will respond. Responses include investigating the situation, supporting victims, holding responsible parties accountable for their actions through sanctions, providing education, communicating with impacted groups, listening to feedback and answering questions. Sanctions are determined on a case-by-case basis and range from a written reprimand to fines to dismissal/termination.

Additionally, when relevant, the Office of the Dean of Students reports incidents to the ADL so they can be included among national statistics and to improve trend mapping.

“We know there is still much work to be done at the University of Utah to create a place that is truly equitable for all,” Associate Vice President and Dean of Students Jason Ramirez said. “We are committed to improving policies, developing programming and facilitating dialogue aimed at addressing these issues and creating a more welcoming and inclusive environment.”

The Racist and Bias Incident Response Team meets monthly, and anyone with questions, concerns or ideas about reporting, tracking, responding or communicating about racist and bias incidents are invited to attend. For more information, contact the Office of the Vice President for Equity, Diversity, and Inclusion at 801-581-7569.

The committee is co-chaired by Ramirez and Purser. Committee members represent administration, faculty, staff and students. Some of the offices represented include the Office for Equity, Diversity, and Inclusion; Housing & Residential Education; University Counseling Center; Office of General Counsel; Department of Public Safety; Victim-Survivor Advocates in the Center for Student Wellness; Facilities Management; Office of Equal Opportunity & Affirmative Action; Office for Inclusive Excellence; Associated Students of the University of Utah; Facilities and Engineering for the Health Sciences Campus; and the Academic Senate Advisory Committee on Diversity.

Students, faculty, staff and visitors who believe they have witnessed or been the target of bias, intolerance or discrimination may report an incident to the Office for Inclusive Excellence (bias and intolerance) or to the Office of Equal Opportunity, Affirmative Action, and Title IX (sexual misconduct and discrimination). Additionally, comprehensive safety information is available at safeu.utah.edu. 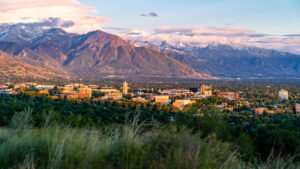 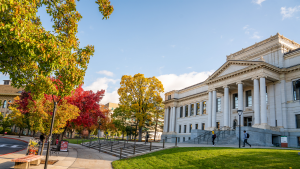 Revisions to Student Code of Rights and Responsibilities
April 12, 2022