This piece was adapted from a release from George Washington University.

Quintessential human traits such as large brains first appear in Homo erectus nearly 2 million years ago. This evolutionary transition towards human-like traits is often linked to a major dietary shift involving greater meat consumption. A new study published on Jan. 24, 2022, in the Proceedings of the National Academy of Sciences, however, calls into question the primacy of meat-eating in early human evolution. While the archaeological evidence for meat-eating increases dramatically after the appearance of Homo erectus, the study authors argue that this increase can largely be explained by greater research attention on this time period, effectively skewing the evidence in favor of the “meat made us human” hypothesis.

“Generations of paleoanthropologists have gone to famously well-preserved sites in places like Olduvai Gorge looking for—and finding—breathtaking direct evidence of early humans eating meat, furthering this viewpoint that there was an explosion of meat-eating after 2 million years ago,” said W. Andrew Barr, an assistant professor of anthropology at the George Washington University and lead author on the study.

“We take a broader view of the archaeological record, synthesizing and analyzing all of the existing evidence for hominin meat consumption in eastern Africa. We find that the apparent increase in archaeological evidence for carnivory after 2 million just reflects a better sampling of the fossil record. There’s no meaningful increase in evidence for carnivory after Homo erectus shows up on the scene,” said J. Tyler Faith, curator of archaeology at the Natural History Museum of Utah and associate professor of anthropology at the University of Utah. “Meat made us human? Not so much.”

Barr and his colleagues compiled published data from nine major research areas in eastern Africa, including 59 site levels dating between 2.6 and 1.2 million years ago. They used several metrics to track hominin carnivory: the number of zooarchaeological sites preserving animal bones that have cut marks made by stone tools, the total count of animal bones with cut marks across sites, and the number of separately reported stratigraphic levels. 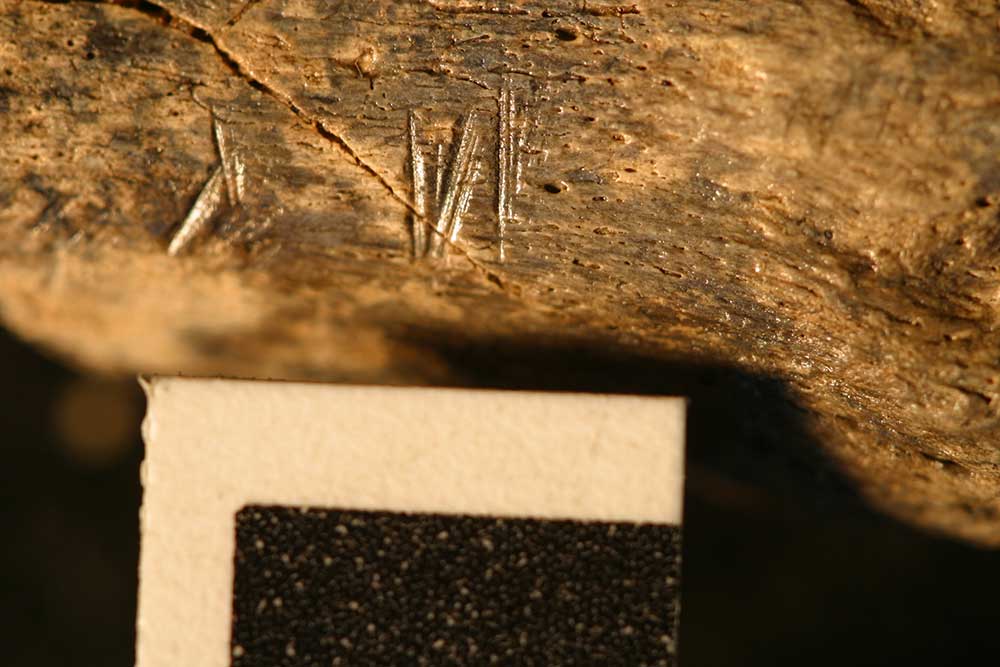 The researchers found that, when accounting for variation in sampling effort over time, there is no sustained increase in the relative amount of evidence for carnivory after the appearance of H. erectus. They note that while the raw abundance of modified bones and the number of zooarchaeological sites and levels all demonstrably increased after the appearance of H. erectus, the increases were mirrored by a corresponding rise in sampling intensity, suggesting that intensive sampling—rather than changes in human behavior—could be the cause.

“I’ve excavated and studied cut marked fossils for over 20 years, and our findings were still a big surprise to me,” said Briana Pobiner, a research scientist in the Human Origins Program at the Smithsonian’s National Museum of Natural History and co-author on the study. “This study changes our understanding of what the zooarchaeological record tells us about the earliest prehistoric meat-eating. It also shows how important it is that we continue to ask big questions about our evolution, while we also continue to uncover and analyze new evidence about our past.”

In the future, the researchers stressed the need for alternative explanations for why certain anatomical and behavioral traits associated with modern humans emerged. Possible alternative theories include the provisioning of plant foods by grandmothers and the development of controlled fire for increasing nutrient availability through cooking. The researchers caution that none of these possible explanations currently have a strong grounding in the archaeological record, so much work remains to be done.

“I would think this study and its findings would be of interest not just to the paleoanthropology community but to all the people currently basing their dieting decisions around some version of this meat-eating narrative,” Barr said. “Our study undermines the idea that eating large quantities of meat drove evolutionary changes in our early ancestors.” 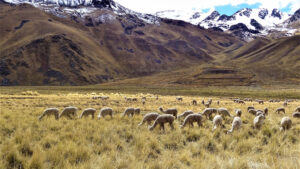