This year’s Natural History Museum of Utah’s 2015 Lecture Series—Envisioning the Future—four speakers will examine revolutionary, cutting-edge innovations in the areas of medical science, astrobiology and technology that will significantly alter our everyday lives, and closer to home, will consider challenges and exciting opportunities in a rapidly expanding Utah.

Lecture attendees will hear science-based stories and listen to presentations on current studies and developments in the science world from scientists, science writers, filmmakers, professors and performers—experts in their fields of study.

The series kicked off with Nina Tandon, CEO and co-founder of EpiBone, the world’s first company growing living human bones for skeletal reconstruction. She is the co-author of “Super Cells: Building with Biology,” an e-book that explores the new frontier of biotech. Tandon is a TED senior fellow, a staff associate postdoctoral researcher in the Laboratory for Stem Cells and Tissue Engineering, Columbia University and adjunct professor of electrical engineering at the Cooper Union. 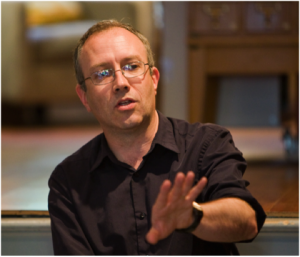 The next presenter is Caleb Scharf on Thursday, Feb. 26 at 7 p.m. at the Natural History Museum of Utah at the Rio Tinto Center.

Based around material in his latest book, “The Copernicus Complex,” which was named the Science Book of the Year by The London Times, Scharf presents a grand survey of the quest to learn about life in the universe, what it all means and where it’s leading us, taking in cutting-edge science from microbes to planets, probabilities and cosmology. One ultimate goal of his research is to find planets that could harbor recognizable life and to detect the presence of that life. He will consider where the quest to find life in the universe may lead us.

Scharf is a British astronomer and the director of the multidisciplinary Columbia Astrobiology Center at Columbia University. He received a Bachelor of Science in physics from Durham University and a doctorate in astronomy from the University of Cambridge. He did postdoctoral work in X-ray astronomy and observational cosmology at the NASA Goddard Space Flight Center and the Space Telescope Science Institute in Maryland. He has an extensive research record in observational cosmology but more recently works on topics in exoplanetary science and astrobiology. 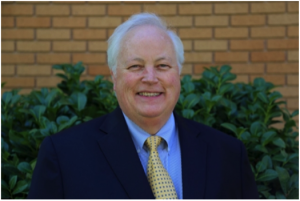 By 2050 our population is projected to almost double. Will we have clean air to breathe? Enough water for our needs? Affordable energy supplies that don’t damage our air and environment? The answers to all of these questions depend on the choices we make, and Robert J. Grow from Envision Utah is bringing these questions to every Utahn to answer.

His eye-opening presentation will give an overview of the Your Utah, Your Future project, which was launched and endorsed by Gov. Gary Herbert in October 2013. Over the past couple decades, Grow has developed an expertise in facilitating regional stakeholders in creating multi-generational visions for major metropolitan areas of the U.S. and has worked with more than 80 metropolitan regions. 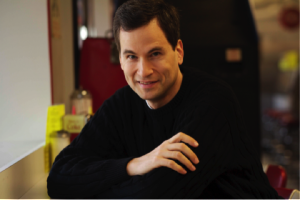 As Yahoo’s tech reviewer, David Pogue has a front-row seat to observe the blazing-fast torrent of new inventions. Hundreds of gadgets and technologies come down the pike every year and plenty get lots of press, even though most of it is junk. The “tech” of our world – the cloud, drones, the quantified self, the Internet of Things, self-driving cars, augmented reality, etc., is changing faster and faster, with fascinating effects on the society and culture we once knew.

In this fast, funny presentation, Disruptive Tech: The Unrecognizable New World of Tech and Culture, Pogue will help us consider what we’ll gain, what we’ll lose and what beliefs may morph into something we’ve never seen before. He will stick his neck out to predict which will actually cause major, disruptive changes. He’ll display, discuss and even demonstrate the technological advances—in personal entertainment, cellular tech, Web 2.0 and more — that will have the greatest impact on society in the coming years.

Pogue is an Emmy award-winning technology and science writer with a degree in music from Yale University. For 13 years, he was the weekly personal technology columnist for The New York Times. He joined Yahoo in 2013, where he founded a new website for non-techies called Yahoo Tech. He writes and hosts segments for CBS News Sunday Morning and is known for his work on “NOVA,” the long-running PBS science show, as the host of “NOVA ScienceNow,” for his incredibly popular four-part “Making Stuff” miniseries, and for his show, “Hunting the Elements,” which earned “NOVA” some of its highest ratings in six years. With over 3 million books in print, Pogue is one of the world’s best-selling, how-to authors. He wrote or co-wrote seven books in the “For Dummies” series (including Macs, magic, opera and classical music). In 1999, he launched his own series of complete, funny computer books called “The Missing Manual” series, which now includes 120 titles.