The marble walls and staircases of the Park Building’s lobby reverberated with beautiful music from the University of Utah Chamber Choir this past week, bringing employees out of their offices to enjoy a seasonal concert.

“We appreciate your talent and the hard work, discipline and love of music you put into each performance—you are inspiring,” U President Ruth Watkins told the choir. 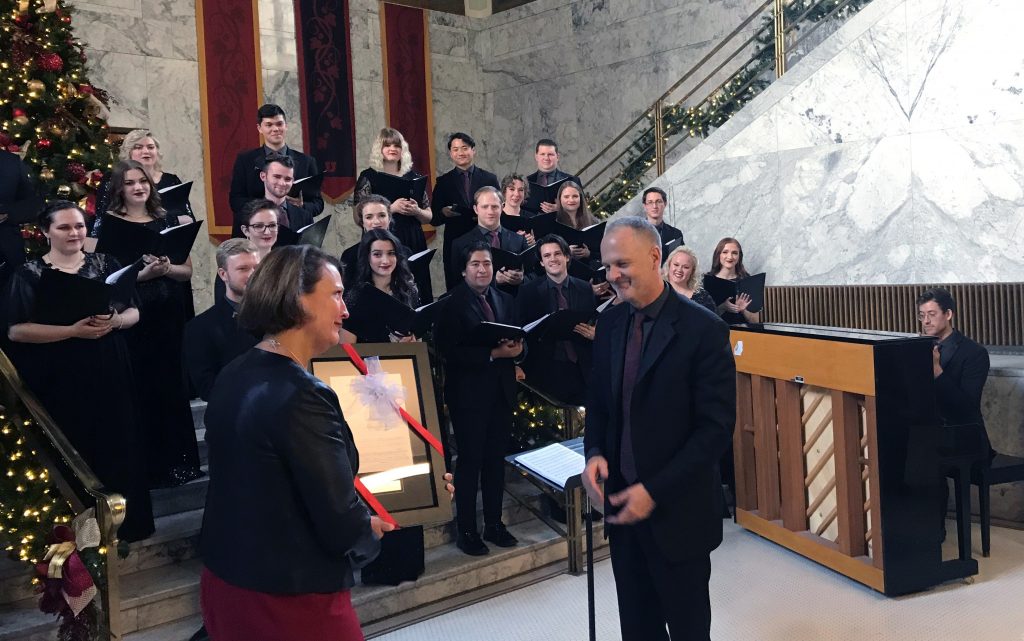 Each year, the university president invites the choir to sing at a holiday celebration for administrative staff.

What made this performance especially memorable for the Chamber Choir was the chance to give President Watkins a plaque commemorating its special rendition of “What a Wonderful World,” performed during her inauguration ceremony in September.

“They make a huge impression wherever they go,” said Barlow Bradford, director of choral studies at the U. “Their singing level is just extraordinary and they can rival many professional choirs.”

The choir collaborates every year with the Utah Symphony—one of the top-rated orchestras in the country—and travels to work and collaborate with various universities.

The choir also has performed all over the world to international acclaim. In June 2014 the choir, competing against groups from around the world, claimed first place in the prestigious Florilège Vocal de Tours competition in France. It was then asked to compete in the 2015 European Grand Prix against the winners of six other European competitions. It won again, which helped put the University of Utah Chamber Choir on the map.

“This is a group of undergraduate singers, some of whom were just recently in their high school groups, and the first time for many of them creating art at this level,” Barlow said. “It’s magical to watch.”

This past summer the choir was invited to participate in the China International Choral Festival as one of four headliners for a crowd of over 60,000 singers. The choir also made its international TV debut there.

As the semester winds down and things get stressful and busy, Barlow said rehearsal has a way of changing things.

“The sound this choir produces is so exquisite. You can be in a really bad mood and they start singing—even just their warmups—and it’s healing.” 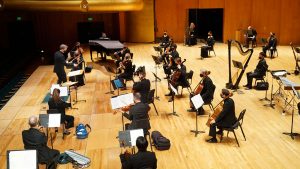 Message of support ahead of SCOTUS decision on DACA
May 11, 2020