Gender at the crossroads

What role have women played in shaping work, citizenship, the public sphere and the Mexican state? 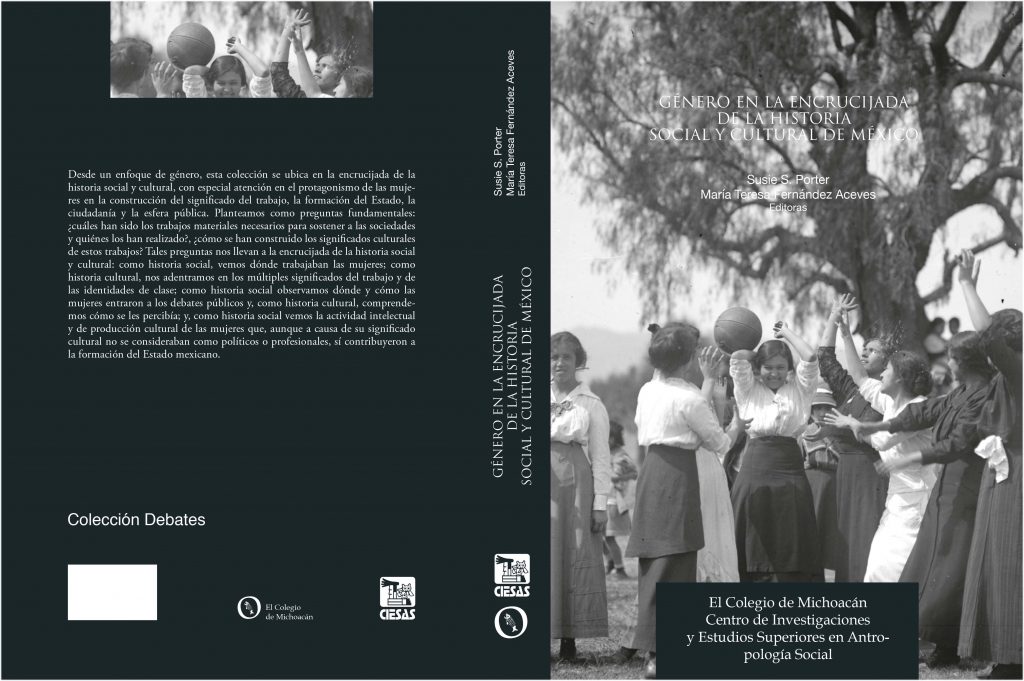 A new book of articles co-edited by Susie Porter, director of the Gender Studies Program, looks at women’s contributions in each of these realms through their work and activism in Mexico’s laundries, charities, clothing industries, media and in times of uprising.

In this Q&A, Porter shares some insights from the book — published in Spanish — and her research on issues related to identity, class and labor of women in Mexico.

What led to your research interest in the experiences of women in Mexico?

My research came from my desire to make visible that which is often invisible. Mexican history is integral to United States history and yet we often think of those national histories as separate. This collection of essays tells of women who learned the art of filmmaking in Mexico and brought those skills back to the United States; of telephone operators who connected business leaders, politicians and family members throughout Mexico and across national borders; and of women who worked on both sides of the U.S.-Mexican border to support their families and in so doing contributed to building the industrial center and city of Monterrey — the Chicago of Mexico.

I want to make women’s work visible, from that of the women who made and laundered the clothes people wore to the brilliant women intellectuals, politicians and rebels who made the Mexican Revolution of 1910.

Your work is largely about uncovering the important role women have played in Mexico. What has the common perception overlooked, particularly when it comes to seeing Mexico as a highly patriarchal society?

The essays in this book challenge the partial historical narrative that has focused on only part of the population. When people talk about Mexican labor history, they generally talk about railroad workers and men who worked in textile and steel factories. Men did play an important role in organized labor in Mexico. We don’t think of women being labor organizers.

But two essays in this book show how women did play a role in organizing or countering discrimination. Telephone operators, who are not typically associated with the working class, were some of the most radical workers in 1920s Mexico.  Beyond the big factories, women working in small clothing factories used arbitration boards and were pretty successful in getting back wages and fighting discrimination.

When we think of the Mexican revolution, the important thinkers who come to mind are always men but women were important in questioning the power of the Catholic Church and proposing new ways of organizing society.

There is an intellectual history brought out in this book that is refreshing as far as how people think about Mexican history.

Who are the women speaking to us through the articles you selected to publish in your new book?

This book features the early stars whose voices carried across the radio waves and into people’s homes; women who washed and ironed the shirts worn by well-dressed elites; young women telephone operators who connected phone calls; and, the fiery intellectuals who challenged the power of government and organized religion to dictate women’s dress, social lives and sexuality.

What surprised you in this collection of articles?

The biggest surprise was that the laundress was privy to, and kept, as many secrets as the priests who listened to confession.

Laundresses in the 18th century were small business owners. They did the laundry, ironing and starching for the elites. Crisply starched collars were a way for the elites to show wealth and class. It was an investment to keep clothes clean and in good condition.

The laundresses played an economic role but also circulated in elite homes as they picked up and returned the laundry. They would go to the public fountains to do wash and also had connections to people who carried water they used, so they were connected to important social and economic networks.

What can we learn about the experience of women in Mexico through this new book?

The Mexican government did not grant female suffrage until 1953, however Mexican women have a long history of political participation. Prior to obtaining the vote, women organized at work and in their neighborhoods and built a vibrant feminist movement.

Even when women have not held public office, they have played an integral role in politics, government and, in the case of Mexico, revolution. For example, Belén de Sárraga, a freethinker, intellectual and organizer attracted a large public who, electrified by her ideas, rallied in favor of Mexican presidents Francisco I. Madero and Venustiano Carranza.

Economic history is incomplete unless we pay attention to the value produced by those who wash laundry. Political history must include women who write petitions, not just factory workers who organize into unions.

What was it like to launch your book at the Guadalajara International Book Fair?

Thrilling! It was an honor to be included in the program, to have distinguished Mexican academics praise the book, to hear high school kids get excited and ask questions about women’s history and to wander through stacks and stacks of books from all around the world.

More than 2,000 presses set up exhibits for upwards of 800,000 visitors. And, I saw that my first book, “Working Women in Mexico City,” is still selling after coming out in 2003. Recent, deep budget cuts in Mexican academia may change this, but there is currently a vibrant generation of young women interested in studying women’s history and they are doing amazing research on topics from the history of the appropriation of indigenous customs by middle-class women to the growing coalition of women activists in the 1930s who contributed to political change in the 1950s and 1960s.