EMMY AWARDS FOR THE ENVIRONMENT 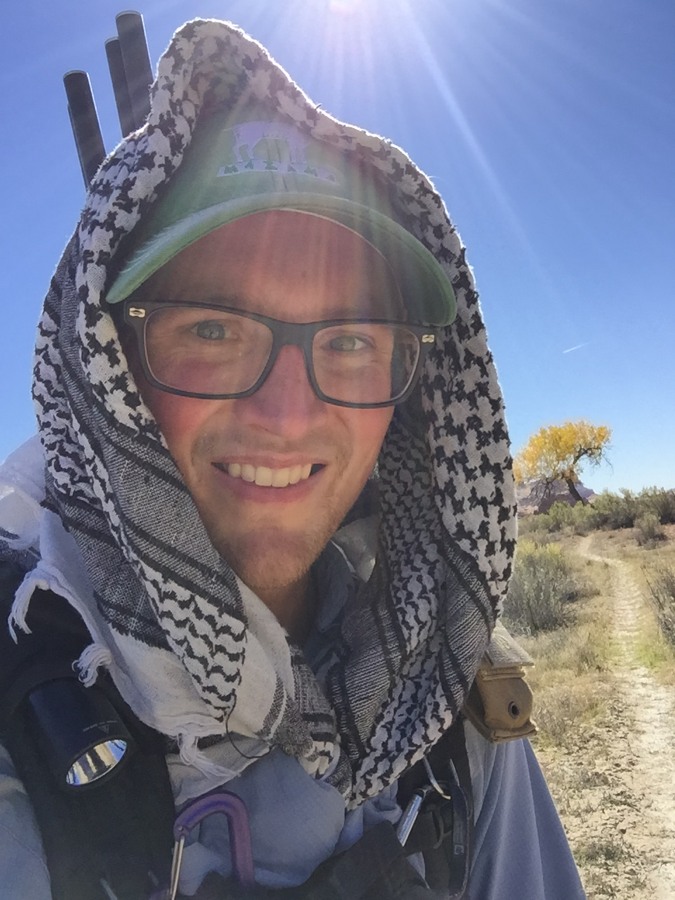 “National Park Symphony: The Mighty Five,” which garnered several awards, including one for photography, is a stunning documentary that captures the four seasons through time-lapse footage from the “Mighty Five” national parks in Utah: Bryce, Zion, Arches, Canyonlands and Capital Reef. These time-lapse images are set against Fischer’s “National Park Symphony,” a classical bouquet of composers, including Beethoven, Debussy and Rachmaninoff.

Vincent was one of two principal photographers for the film. With the music already chosen, Vincent had the additional challenge of molding the footage to fit the music. “National Park Symphony” took him a year to shoot.

“Sometimes, while the time lapses were recording, I’d be filming something else with another camera,” Vincent said. “Other times, if I wasn’t able to film, I’d love to just sit and be in nature.”

His most memorable experiences included traveling to Bryce Canyon after each snowstorm in order to capture the park with a fresh coat of white snow, going to Capital Reef in the spring for the wild flowers and returning in the fall to capture the vibrant colors.

However, filming wasn’t always a dreamy day in the parks.

“I often went all by myself in really difficult weather and locations in order to get as much footage as possible with the budget we had,” he said. “I often camped, even in 5-degree snowstorms and 100-degree heat. The hardest part was carrying up to three cameras, three tripods and a motion dolly all by myself. My backpack was around 100 pounds when fully loaded with all of that gear.”

Vincent began as a film major and is now in Environmental and Sustainability Studies. He was gifted a DSLR camera and began experimenting with filming things that inspired him. Later, the Southern Utah Wilderness Alliance sent him to film around Moab and south of Canyonlands for two weeks. Vincent fell in love with exploring the wonders of the outdoors via the camera around his neck and bug bites on his legs.

He was passionately drawn toward time-lapse photography. At one period, he took an average of one time-lapse per day for almost a full year. He would skip classes if there was a beautiful cloud formation, or leave his house at 3 a.m. in order to climb a mountain and capture the sunrise.

Vincent was referred to an internship opportunity at KUED where he was paid to learn anything he wanted throughout the course of a summer.

“The whole summer was filled with outdoor shoots that I got to tag along with,” Vincent said. “Although I didn’t get to film much, I did bring my own camera and took a lot of time lapses. This ended up being my foot in the door.”

“I love observing nature. I live to be a part of those peak grand moments, but I am also fascinated in the little details like the shadows of a tree or a specific pattern in the rock that mesmerize me. Being able to capture all of these moments in the form of time-lapse and video was a fun challenge and created a ton of inspiration.”

“The National Park Symphony” can be previewed here. A condensed version will air on the national PBS station sometime in December. The Verve segment, Theirry Fischer, can be viewed on KUED 7’s website.