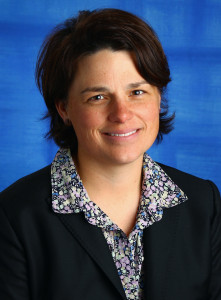 Ivy V. Estabrooke, Ph.D., has settled into her role as executive director for the Utah Science and Technology Research initiative (USTAR) after being appointed to the position by Gov. Gary Herbert this past spring. She sees big things in the future for USTAR and the University of Utah professors whose research plays an integral role in helping the initiative to succeed.

USTAR aims to support Utah’s research strengths and significantly increase technology commercialization to create high caliber jobs throughout the state, building on the legacy of more than 180 Utah companies that began as University of Utah technologies.

Estabrooke is leading USTAR into a new era and spoke to This Week @The U recently about her vision for the future and decision to come to Utah.

What drew you to USTAR?

I’d been working in the federal government, serving as the program officer for basic research in the Expeditionary Maneuver Warfare and Combating Terrorism Department at the Office of Naval Research (ONR). While there, I managed a high risk/high payoff research portfolio including innovative neuroscience programs and cutting edge social and computational science programs. I also developed and implemented a strategy for examining emerging technology areas and led efforts in support of science, technology, engineering and mathematics education efforts (STEM).

One of the things I started to recognize was that the federal government was becoming more selective with the kind of research it would fund, and it seemed like the results were becoming less innovative. I saw working at USTAR as a chance to move innovation forward, as the tradition in Utah and at USTAR is to be incredibly progressive and welcomed innovation as an approach in research —that was a huge appeal for me in making the choice to move here.

What is your background?

I am a cognitive neuroscientist by training, with technical expertise in psycholinguistics, pharmacological interventions and statistical modeling. I have a Ph.D. in neuroscience from Georgetown University, an M.S. in National Security Strategy and Resource Management from the Eisenhower School of the National Defense University (formerly ICAF) and a B.A. in Biological Sciences from Smith College.

Along the way, one of my eye-opening experiences was learning how important it is to have people who understand science making policy decisions. In many positions along the way, I got to see how research is carried out with different approaches across the globe.

That translates into leading USTAR, where we’re funding researchers at the University of Utah and USU to help them do what they do best —to uncover new ideas, to see what works and to try to push those ideas down the pipeline to find different prototypes and eventually create products that can be pushed to change the landscape of the economy.

How is USTAR viewed nationally and what’s next for the initiative?

I have been in meetings in other states where USTAR is held up as an example of an innovative way to develop a tech-based economy. I think what is different here in Utah is that there is a clear acknowledgment from the community that it takes time for ideas to progress and turn into startups. Utah has a culture of innovative people, and USTAR has facilities and resources available to help foster that innovation.

USTAR is a partnership and the question of what we bring to the community and public is an important one. With USTAR research, at the end of the day there will be an increase of tech companies in Utah that provide jobs and strengthen the economy. We are excited to see how the important work our researchers are doing will shape the world to come. 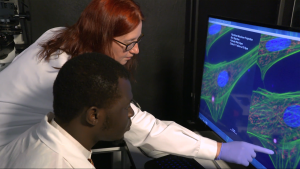