The three women will be honored at the general commencement ceremony.
Rebecca Walsh - University of Utah Communications

The University of Utah Board of Trustees announced that Karen Haight Huntsman, Jacqueline Thompson and Ruth V. Watkins will receive honorary doctorate degrees from the university this year.

Huntsman is the co-founder of the Huntsman Foundation and leads one of Utah’s most prominent families in philanthropy, health care, business and politics. Thompson, a longtime public educator and leader of statewide multicultural and diversity initiatives, is the assistant superintendent of the Davis School District. Watkins is the former president and senior vice president for academic affairs of the University of Utah and president of Strada Impact, a higher education think tank.

The three women will be honored at the general commencement ceremony, set for Thursday, May 5 at 6 p.m. in the Jon M. Huntsman Center.

“Our honorary degree recipients have exemplified courage, compassion, service and generosity during their professional careers,” said Kim Brunisholz, chair of the Board of Trustees’ honors committee. “They truly represent the best aspirations and values of our university community. Also worth noting is that for the first time in our history, we have a cohort of three strong, exceptional women leaders to honor this year.”

Honorary degrees are awarded to individuals who have achieved distinction in academic pursuits, the arts, professions, business, government, civic affairs or in service to the university. The Honors Committee, which includes representatives from the faculty, student body and Board of Trustees, reviews nominations and then consults with an advisory group of faculty, staff and administrators for additional input. Finalists are presented to the university president, who then selects the recipients.

Here are overviews of this year’s honorees. 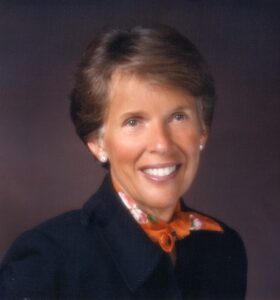 Karen Haight Huntsman, philanthropist and businesswoman, has led her family’s health care and education initiatives since her husband’s death in 2018.

Huntsman attended high school in Palo Alto, California, where she was a student leader. She then matriculated at the University of Utah and was a member of Chi Omega sorority and active in student affairs. During her junior year, she left the university to marry Jon M. Huntsman, a young Navy officer and recent graduate of the Wharton School of Finance at the University of Pennsylvania. Together they created the Huntsman Foundation, which supports cancer research; mental health treatment and research; public and higher education; and the under-served.

Huntsman’s impact has transformed cancer and mental health care at the University of Utah. In 1995, the Huntsman family donated $100 million to create the Huntsman Cancer Institute (HCI), the official cancer center of Utah. HCI is home to more than 200 research teams studying all aspects of cancer. Between 150 and 200 clinical trials are open for enrollment at any time. In addition, more genes for inherited cancers—including melanoma, breast, ovarian, colon and head and neck cancers—have been discovered at HCI than at any other cancer center in the world. In 2017, Forbes estimated the Huntsman family has dedicated at least $400 million to the cancer institute.

The family’s impact has also extended into mental health care. In 2019, the Huntsman family committed $150 million to establish the Huntsman Mental Health Institute, which is improving mental health resources for students and employees on the campus and throughout the community, including rural areas of the state. At the same time, the institute is advancing research into mental health treatments. Two other principal gifts were named the Huntsman Center, the university’s indoor arena, in 1987, and the Jon M. and Karen Huntsman Basketball Training Facility in 2015.

Huntsman has served on several local boards of directors and received numerous awards, including two other honorary doctorates, but she considers her greatest accomplishment to be her nine children, 56 grandchildren and 49 great-grandchildren. 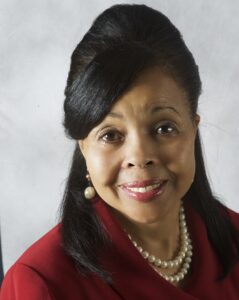 Jacqueline Thompson is drawing on a lifetime of experience and service as a public school teacher and civil rights advocate in her role as assistant superintendent of the Davis School District.

Thompson began her career as an elementary school teacher in Idaho and California. In 1984, she took a job at Hill Air Force Base as an equal employment opportunity specialist. Three years later, she launched the base’s African American Community Outreach Program, which visits schools and community groups to motivate youth to stay in school, identify positive role models and reject drugs, alcohol and violence. In 1993, Thompson moved to the Utah State Office of Education, working as an education and gender equity specialist. In 2000, she was hired by Davis School District and later served as the district’s director of educational equity, where she worked until her initial retirement in 2017. In December 2021, Davis School District Superintendent Reid Newey appointed Thompson to serve as assistant superintendent. In her new role, she will be working on diversity and equity issues as well as work that will take place following the district’s recent settlement with the Department of Justice.

During her career, Thompson has received numerous awards and recognitions, for her civil rights and gender equity work including the Spirit of the American Woman Award for Public Education and the Utah Woman’s Achievement Award from the Governor’s Commission for Women and Families. She was selected as Mrs. Utah in 1999. In 2012, Utah Gov. Gary Herbert appointed Thompson to the State Multicultural Commission. Thompson received the Salt Lake Branch of the NAACP’s Martin Luther King Award, the Drum Major Award for the Utah State Martin Luther King, Jr. Human Rights Commission, and the university Black Student Union’s Annual Legacy Award. Thompson was recognized with the Idaho State University Alumni Association’s Professional Achievement Award in 2015. Most recently, she received the Women in History Award from the Utah State Society of the Daughters of the American Revolution.

Thompson and her husband, Edward, have two sons and four grandchildren. 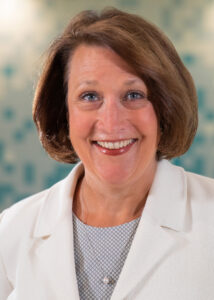 Ruth V. Watkins was the 16th and first woman president to lead the University of Utah in its 168-year history. Watkins came to the university in 2013 as senior vice president for Academic Affairs. During her eight years in leadership at the university, she pushed for a focus on student access, success and completion. At the same time, she unified the university’s two campuses and boosted interdisciplinary research efforts.

Over the course of her leadership, the university’s six-year graduation rate ticked up to nearly 70%. Watkins oversaw record-breaking enrollment and significant changes in the makeup of the student body, including new students from first-generation families and under-represented groups. Watkins set a new “One U” mindset across campus, unifying the health sciences and main campuses and faculty. The university also made significant investments in mental health and interpersonal violence interventions during her tenure, establishing both the Huntsman Mental Health Institute and the McCluskey Center for Violence Prevention. Under her leadership, the university was admitted to the prestigious Association of American Universities.

Before joining the U, Watkins started her career at the University of Texas at Dallas, later moving to the University of Illinois at Urbana-Champaign, where she was named dean of the College of Liberal Arts and Sciences and vice provost.

Watkins is married to Bob Young and they have one daughter.