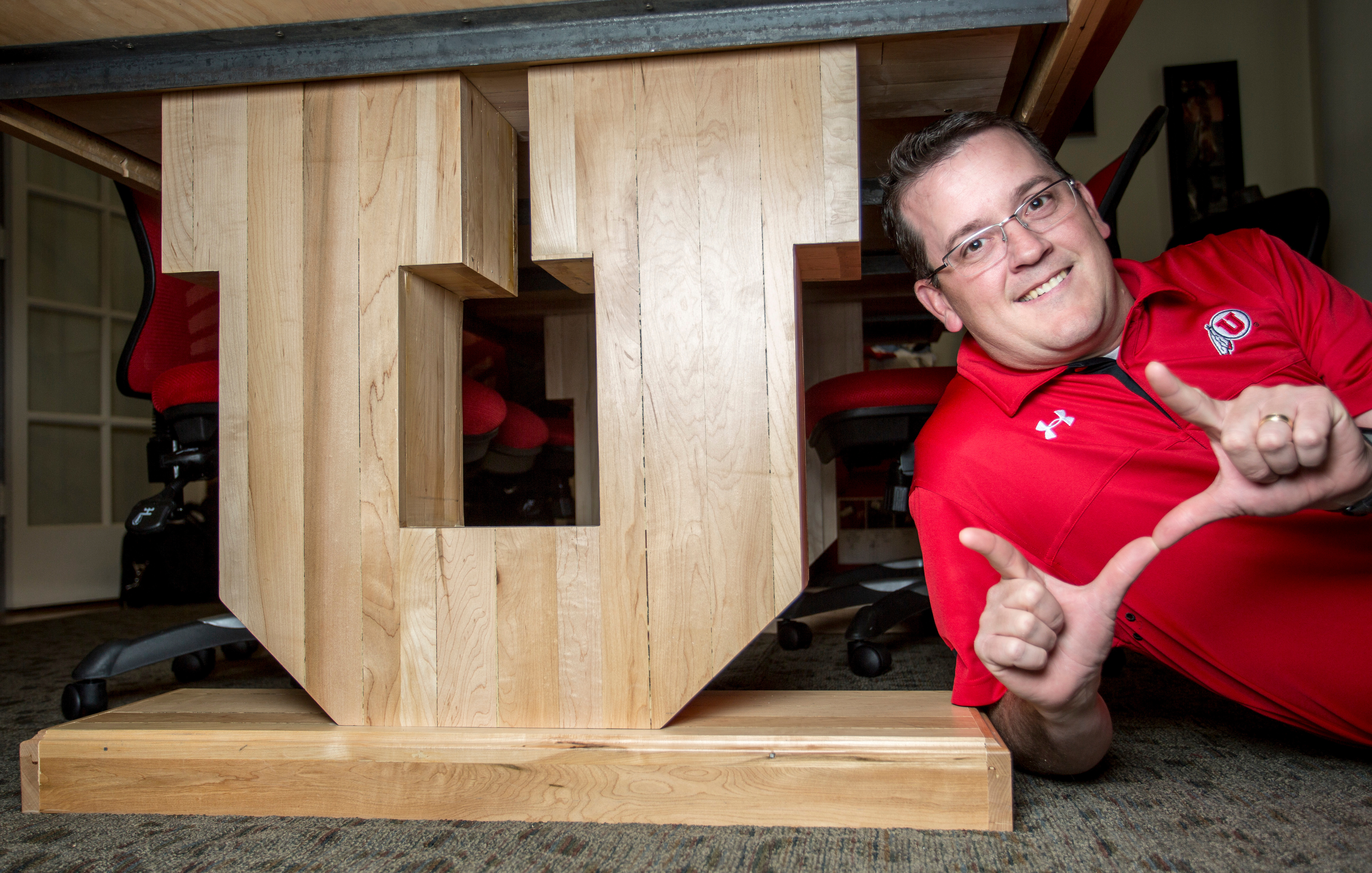 “Roughly three years ago, we received a call from the Huntsman Center folks who had found some basketball flooring in a back room. They asked, “Do you guys want it? If not, we’re going to throw it away.” We took the wood, not knowing its origin.

A couple of years later, we moved offices and didn’t have a conference room table. I was asked to build a table for us, using the basketball floor. Over the next three months, I disassembled the floor, cleaned it up, then put it back together piece by piece. Although the wood was clean, I left behind the dirt and grime between the boards and also left some nails. One of my favorite features of the table is the shadow left behind where the black lines for the key and red paint inside the key remain.

After installing the table in our office, the number one question everyone asked was, “Where did the basketball floor come from?” The rumor was that it was the same floor that NBA greats Larry Bird and Magic Johnson battled on during the 1979 Final Four Basketball game in the Special Events Center, now the Jon M. Huntsman Center. It became my goal to figure this out.

I researched the manufacturer of the floor and found one of their VPs who had started with the company almost 40 years ago. We talked about the construction of the floor, the manner of the manufacturer’s name being stamped on the back of the wood, and determined it was likely installed during the late 60s or early 70s. We were now one step closer to validating “the rumor.”

Using the red paint chips as evidence, we pulled video from the 1979 Final Four Championship and confirmed the inside of the key had been painted red. Eventually, we tracked down Aaron White, now interim director of Stadium and Arena Event Services, who confirmed it was indeed the original floor of the Special Events Center. ”