HUMANS OF THE U: PAUL RICKETTS

On Aug. 21, Paul Ricketts, director of the U’s South Physics Observatory, drove to Driggs, Idaho, to watch and document the total solar eclipse. Ricketts shared his take on the biggest astronomical event in decades from the point of view of an astronomy educator and celestial photographer.
Janelle Hanson

“I’ve seen a lot of space stuff — spiral galaxies, partial eclipses, Venus crossing in front of the sun — but this is the coolest thing so far. I’d probably have to see a black hole in person, or the surface of Mars or something, to beat it.

Two of the coolest things that I saw were the corona — that white ring streaming outward from the totally blocked sun. You only get to see that during an eclipse, unless you’re in space and built yourself a special cover to block the sun. I’ve only ever seen it in pictures.

The other thing was when it’s coming out of it, you get that diamond ring — that first pinpoint of light when the moon moves away from the sun. It seemed like the crispest, most intense bright light that you’ve ever seen in your life. There’s not a single flashlight that could compare to what you’re looking at. It’s really hard to explain.

And the light — everything is dimmer. If you think about it, if we were further away from our sun or if our sun was smaller, that’s how the light on our planet would be. The whole time I was thinking, “This is what the light would be like on Mars.”

Before something like this, you have tons of misconceptions about what an eclipse is. When you have a big event like this, it helps to educate people. I go out and talk to 10,000 people a year. The total eclipse was publicized in regular media outlets. So, instead of thousands of people, you get millions of people all learning at the same time. It gets them into an aspect of science that they either didn’t know or didn’t care about before because now there’s something really cool to do.”

— Paul Ricketts, director of the U’s South Physics Observatory in the Department of Physics & Astronomy 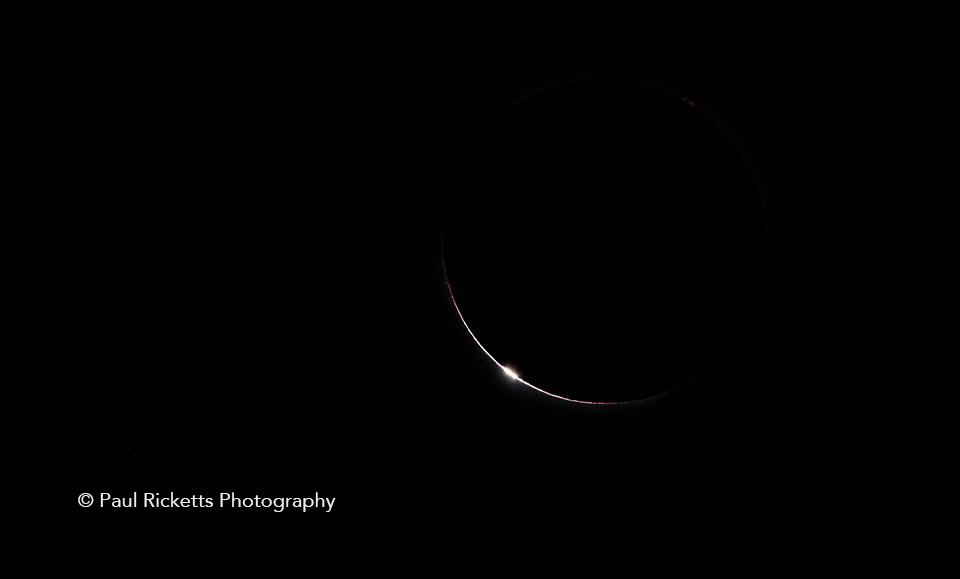