“We have a grant called the Antarctic Search for Meteorites, ANSMET. We do the recoveries and the collection of meteorites in Antarctica. Forty-one years now we’ve been recovering meteorites and bringing those samples to science.

Some people are paid on this grant to go, but then we fill the rest of our field party with volunteers from the scientific community. Back in 2004 I had volunteered to go. Several years later I saw an opening and said, ‘I really enjoyed that and I’d like to do it full-time.’

We go down in December and January, which is summer in the Southern Hemisphere. Our field areas are around 0° F. I grew up in North Dakota, where it’s colder than that in the winter.

You’re living out there in a tent on wind-swept glaciers. There’s only mountains, rocks, ice and snow sticking out. There’s no bugs, no ants or spiders. There might be some moss on some rocks. It’s solitary and desolate, but peaceful and gorgeous. You can see forever our there—beautiful majestic mountains and icescapes.

Finding your first meteorite is a huge deal. The leadership usually finds the first ones. Once you know what they look like, you clue into that.

We usually have a gift exchange at Christmas and at New Year’s, we have a camp oven where we can cook pizza. That has become a tradition over the last five years. It’s pretty fun.

After about four weeks, people start to want some creature comforts. There’s no running water and you’re cooking for yourself every night over this camp stove. That gets a little tiring. And you’re away from loved ones.

Once you get back to McMurdo Station, a shower is the first thing you do. It’s heavenly.

I think humans have a tendency to collect things, to hunt things. I still get excited to hunt meteorites.”

Note: The samples Karner is holding are real meteorites, but were not collected in Antarctica. They were collected in Arizona (left) and Texas (right).
Learn more about ANSMET, based at Case Western Reserve University, at caslabs.case.edu/ansmet/. 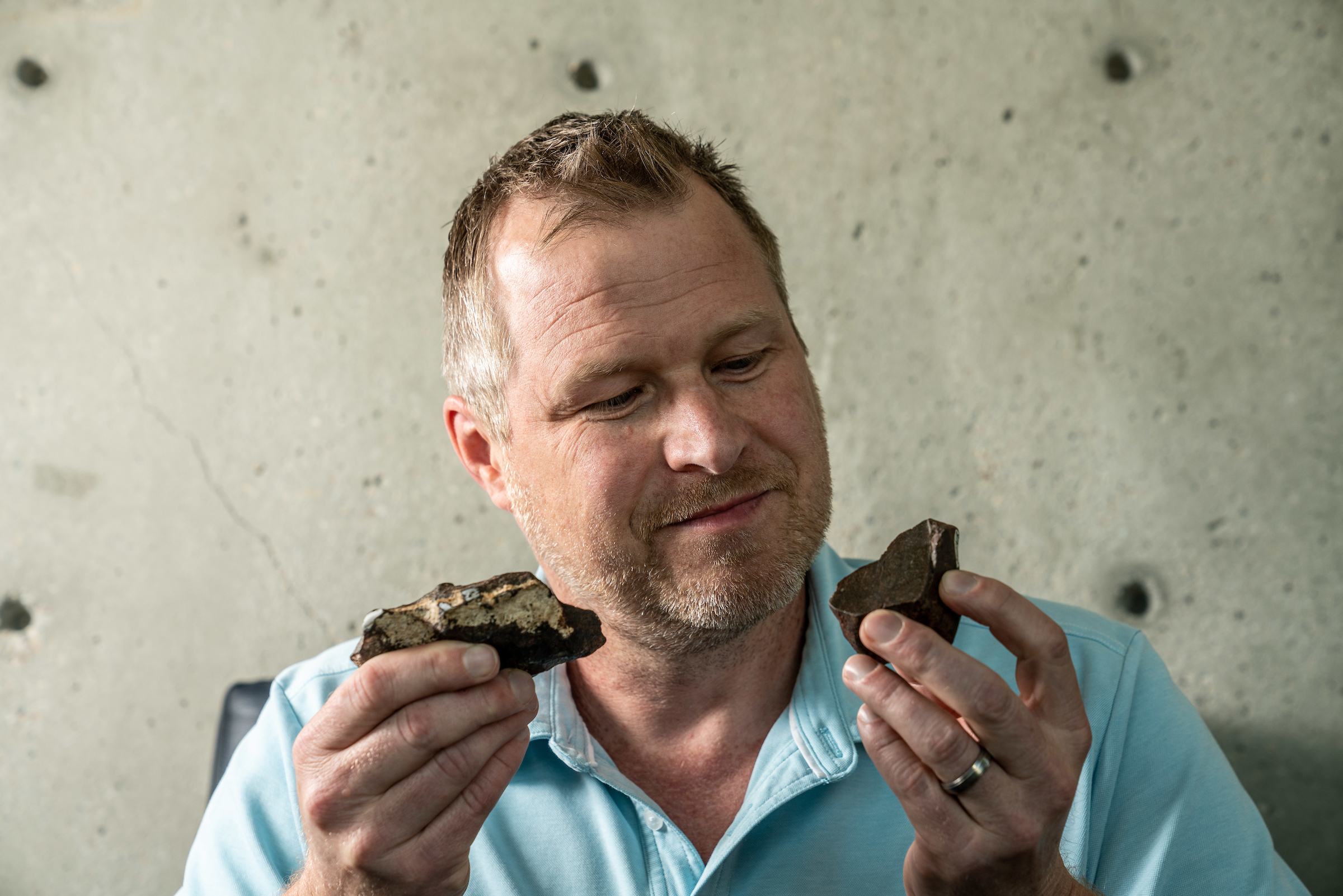 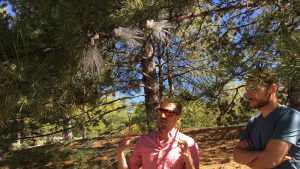