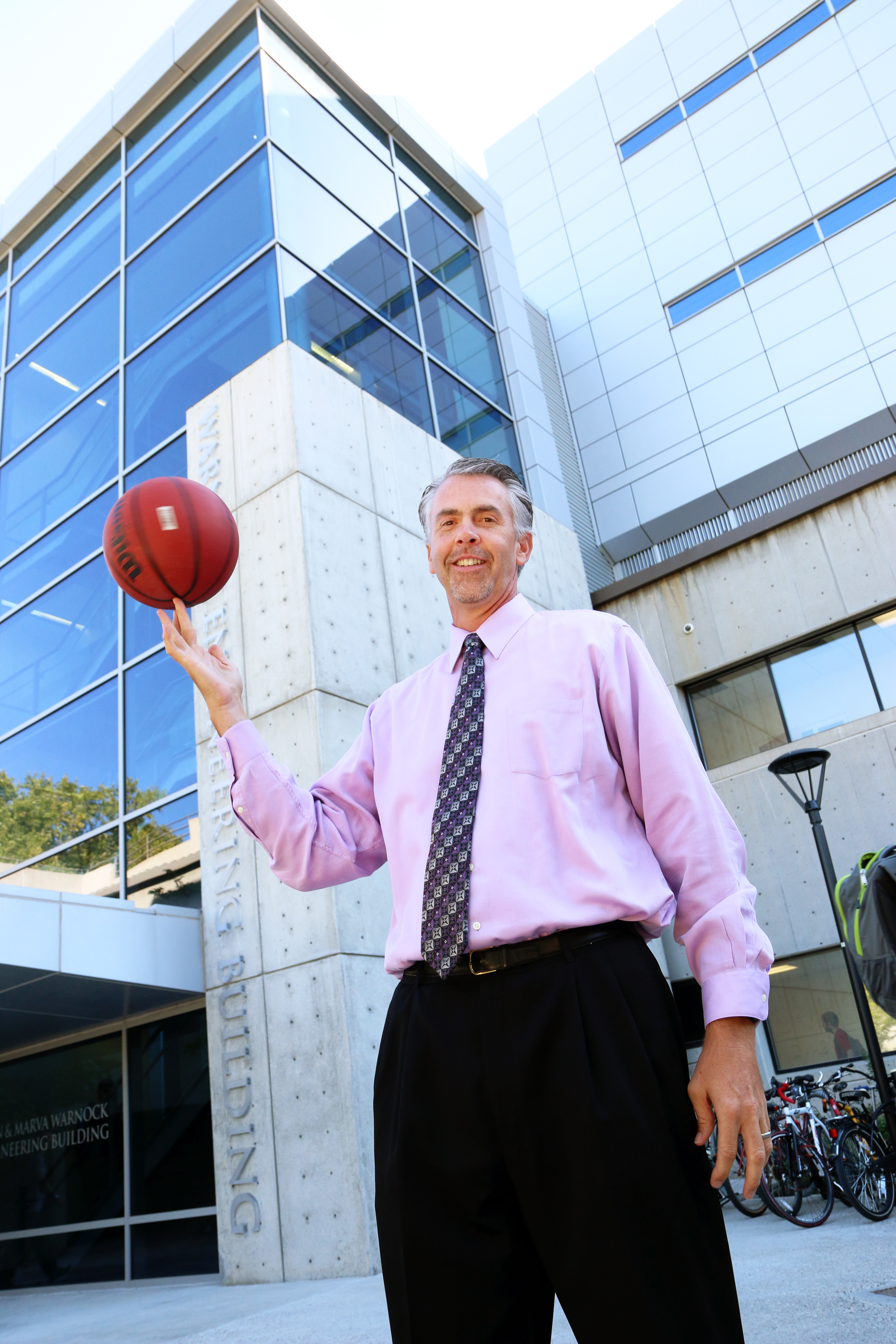 “I played basketball for nine years, one in the NBA and eight in Europe; the University of Utah gave me that opportunity. It gave me an education and made it possible for me to play basketball professionally.

When I came back to Salt Lake for our 100-year basketball reunion in 2008, I sat on the floor of the Huntsman Center and saw hundreds of other basketball players. It was then that I had an epiphany that it is not about what the university owes me, but what I owe the university. It was there I realized I needed to do something to get more involved with the U. I thought since I don’t have the money to give back, I need to do something and that’s what encouraged me to return to work here.

I started in development doing fundraising for the entire campus. Then later, my wife and I had just had triplets and we were at the hospital when the College of Engineering called and said a development opportunity had just opened up and wondered if I would be interested in applying.

Now, I really enjoy going around and bragging about the U, telling people how great their university is.”