There’s rarely a day in today’s charged political world when the phrase “fake news” doesn’t creep into the headlines. From discussion on when and if Twitter should suspend President Donald Trump’s account for ongoing inflammatory statements to the ongoing debate over how corporations like Facebook should monitor and regulate the spreading of false information through social media channels, the emerging public conversation touches on a host of complicated free speech issues. 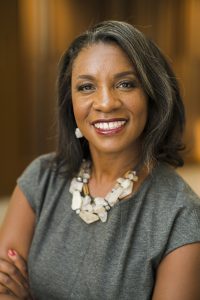 Social media’s role in today’s shifting digital landscape is at the heart of the Lee E. Teitelbaum Utah Law Review Symposium on Oct. 18 at the University of Utah S.J. Quinney College of Law.  The daylong event, titled News, Disinformation, and Social Media Responsibility, will bring together leading journalists, scholars, thought leaders and social media executives to investigate twin problems arising from the changing media world. In recent years, major social media platforms have become the primary mechanism for the distribution of news delivery, but not producing journalism on matters of public concern, while attracting much of the advertising revenue that once supported traditional news organizations. These same platforms have also become the primary target for those who would spread disinformation, which is regularly consumed and shared by users as if it were news. The ways that these companies’ policies and practices foster or impede both news and disinformation have significant consequences for the American citizen and for democracy as a whole.

The event’s keynote speaker is Jameel Jaffer, the executive director of the Knight First Amendment Institute at Columbia University. Prior to joining the Knight Institute, he was deputy legal director at the American Civil Liberties Union and director of the ACLU’s Center for Democracy, where he oversaw the ACLU’s work relating to free speech, privacy, technology, national security and international human rights. 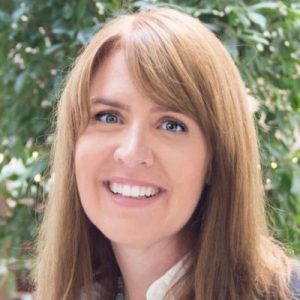 The symposium is organized by RonNell Andersen Jones, whose work focuses on media law and press freedom, and Erika George, whose work focuses on corporate social responsibility. Participants will discuss and debate the changing issues of media law, the shifting norms of press freedom in an age of easy disinformation, the threats of virality in disinformation campaigns, and the efficacy of media literacy campaigns. They will also investigate actual and proposed responses to these problems from major platforms, debating the contours of their corporate obligations in a time of rampant disinformation, the role of technology companies in shaping civic space, and the human rights impacts of operating decisions made by private business enterprises.

“It’s a rare treat for the law school to be able to host so many key players from the legal academy, journalism, public interest groups and the tech world to have a collaborative dialogue about some of the most important issues of our time,” said Andersen Jones. “We are thrilled at the all-star lineup and even more thrilled that such a variety of vantage points will have a voice in the conversation.”

The event receives significant support from members of the student-operated Utah Law Review. The topic is relevant for many participants from diverse fields, said Emily Nuvan, a law student and co-organizer of the event.

“The Law Review wanted to focus on a significant problem that we as a society are currently facing. The drastic changes in the way news is delivered and the threats caused by the intentional spread of disinformation on social media platforms could not be more relevant or timely. The effects of these problems have led to extreme polarization and distrust in our democratic institutions. We hope that everyone who attends the symposium will become not only better informed about the topic but will also be encouraged to help find solutions to the problem,” said Nuvan.

In addition to Jaffer, Andersen Jones and George, panelists include:

The event cost for participants is $25 and $10 for online attendance. Students (from any institution) are free with proof of student ID. Attorneys who attend are eligible for four hours of CLE, including one hour of ethics credit. Registration is required, including for students who qualify for the free attendance option.

Registration for the online webinar will closes Thursday, Oct. 17 at 12 p.m. After payment has been received online attendees will receive an email with additional instructions on how to register and access the webinar.

The full schedule for the event is available to view here.