Utah Football’s season opener versus Michigan will be like no other experienced at Rice-Eccles Stadium. For one, parked in front of RES will be a khaki-covered bus dressed in a maize and blue golf shirt and accented with a giant-size Sharpie and whistle. Powered by Jim Harbaugh and his trail of media hype, this rematch with one of college football’s most iconic teams will be closely watched by the sports world.

However, before we talk about all that fun stuff, first there’s business to tend: The game is on Thursday, so throw in the fact there will be a normal day of class (though faculty are encouraged to alter accommodations for night classes) amidst all the hysteria and hoopla and things will be hectic. Public transit, ride-sharing or bicycling to campus that day are highly recommended. For details on parking changes, see the call-out feature at the bottom.

Now, back to that bus. It departed from Michigan Stadium on Aug. 22 with the “Harbros” at the wheel to tour the nation, build buzz behind the game and to express Fox Sports 1’s fanboy-level infatuation with UM’s new coach. Joining the Harbros is the crew from Opening Drive (the network’s equivalent to ESPN’s College Gameday), which will include Colin Cowherd, recently of ESPN stardom, making his debut with Fox Sports 1. They’ll begin broadcasting live from Rice-Eccles the night before the game and again in the early afternoon leading all the way up to Thursday’s kickoff. 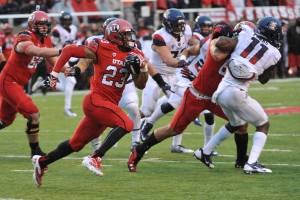 Unlike the opposing coach, Kyle Whittingham will not star in his own “Khaki Cam” live stream (a camera devoted to Harbaugh’s every move) during the game. Instead, he can concentrate on beating Michigan, like the Utes did with conviction last year in Ann Arbor.

Factoring heavily in Coach Whit’s playbook will be running back Devontae Booker, a Heisman hopeful who rushed for over 1,500 yards last season. Paving the way for Booker are three returning offensive line starters—Siaosi Aiono, Isaac Asiata and J.J. Dielman—who are all all-conference candidates. Also returning on offense are starting quarterback Travis Wilson, change-of-pace QB Kendall Thompson and receiving threat Kenneth Scott. Bubba Poole, who led the team in rushing in 2013, will be utilized in both the run and pass game at the slot back position. 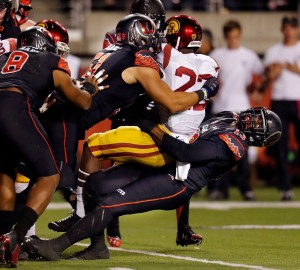 While an effective offense is vital to the Utes’ success in 2015, it’ll be the defense that will be the difference maker. Last season, the unit led the nation in sacks and earned the nickname “Sack Lake City.” Despite losing its sack “mayor” Nate Orchard, who was drafted in the second round of the NFL draft, Utah is poised to repeat its dominance on defense.

Seniors Gionni Paul, who led the team interceptions, and Jared Norris, who led the team in tackles lead a stout linebacker corps. Last year versus Michigan, Paul earned the national defensive player of the week nod from Athlon Sports in his first game with the team (he transferred from Miami). This year, expectations are even higher for Paul as he hopes to stay healthy after injuries kept him out of five games last season. The defensive line also has big plans as end Hunter Dimick, who had 10.5 sacks in 2014, looks to take over the Mayor of Sack Lake City title. The front four will hardly be an autocracy. Seven others will round out Sack Lake’s “city council” (kudos to Salt Lake Tribune‘s Utah Utes beat writer Matt Piper), including Lowell Lotulelei, the little brother of current NFL player and former U standout, Star Lotulelei.

With depth and experience on both sides of the ball, it’s no surprise that the Utes are a five-point favorite over Michigan, despite all the attention focused on the visiting Wolverines and its high-profile head coach. Even with 1,300 square feet of fabric, sometimes substance over style is the way of the victors.

Utah Football’s season opener on Thursday is scheduled to kick off at 6:30 p.m., however parking on campus will be limited all day. It’s strongly recommended you do not drive a vehicle to campus, and instead use your UTA pass.

On Friday, Sept. 11, Utah hosts Utah State for a 7 p.m. tilt. Again, on-campus parking will be limited all day, and taking public transit (free with your UID) is strongly recommended.

There will be no parking in the West Stadium and Guardsman Way lots on the days of both these games. However two alternatives will be opened—Stilwell Field and the field northeast of the Alumni House—from 6 a.m.- 8 p.m. No football parking will be allowed in these two grass fields. 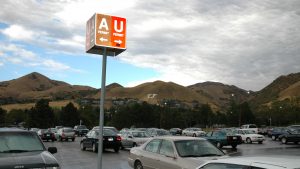 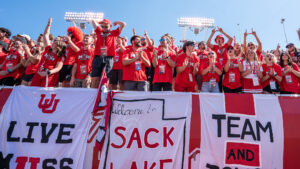 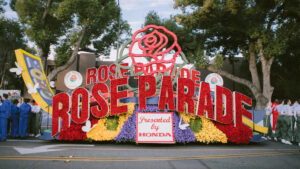