Professor Edmund Fong is a political scientist whose primary research explores racial politics in the U.S. He also is the chair of the Division of Ethnic Studies. In this Q&A, he explains what critical race theory is and what it is not, shedding light on the current debate over this approach to understanding systemic racism.

What is critical race theory?

The term “critical race theory” is rather loose as the body of thought it refers to has been generalized over the past decades to be used in a variety of disciplines. It encompasses any theoretical approach that tries to understand how systemic and institutionalized racism is perpetuated, reproduced or reinforced in society—be it in the U.S. or in other countries—thereby influencing or shaping individual or collective behavior/beliefs.

The phrase “critical” is often appended in academia to a body of thought that purports to advance beyond established or classic understandings, so you can have “critical literary studies,” “critical social studies,” “critical policy studies,” etc. The same was true for “critical race theory” at the time of its origin. The phrase first began gaining currency during the 1980s as an offshoot of “critical legal studies,” where primarily legal scholars began examining how American jurisprudence was deeply shaped by a history of systemic and institutionalized racism. More than just de jure forms of exclusion, such as segregation by law or bans on interracial marriage, these early efforts tried to understand the more subtle ways American jurisprudence enabled racial hierarchy or de facto forms of racial discrimination.

Some of the best or classic examples of this early critical race theory can be found in “Critical Race Theory: An Introduction” by Richard Delgado, et al., “Critical Race Theory: The Key Writings That Formed the Movement” by Kimberlé Crenshaw, et al., and “The Alchemy of Race & Rights: Diary of a Law Professor” by Patricia Williams.

What are examples of how critical race theory is applied in research and scholarship?

Using critical race theory, you might look at a history of housing policy, specifically redlining, in the 1930s-1960s and thereby examine how residential segregation today continues to bear the imprint of those policies in terms of the racial wealth gap or in lending practices.

You might have studies that examine the difficulties of holding law enforcement accountable in use of force incidents and thereby explore how this encourages racially disparate forms of policing.

You might have a study that examines the weakening of Fourth Amendment protections against unreasonable search and seizures during the war on drugs as a direct cause for mass incarceration of predominantly Black and Brown communities.

You might have a study at the evolving history of our two-party system and examine how racial beliefs can be fueled or enflamed by party polarization and partisanship.

Finally, you might have an analysis of institutional cultures—both on the level of discourse and practices—to examine tacit bias that privileges some viewpoints and issues while rendering others invisible and marginalized. critical race theory is often credited for going even further by examining how even invisible and marginalized perspectives may mask their own bias, for example in the ways anti-racist concerns might privilege certain gendered assumptions.

In my view, all of these would in some sense be forms of “critical race theory.” The key point, as I see it, is that systemic or institutionalized practices shape individual and collective behavior leading to a kind of feedback loop.

Critical race theory has been around for decades. Why the focus on it now?

This issue surfaced in 2020 when the Trump administration published a series of memos and an executive order to investigate defunding anti-racism and diversity training in federal agencies, federal contractors and federal grant recipients—which would include most higher education institutions. The memo specifically called out “critical race theory, ‘white privilege,’ or any other training or propaganda effort that teaches or suggests either (1) that the United States is an inherently racist or evil country or (2) that any race or ethnicity is inherently racist or evil.” The order and memos condemned scholars engaged in anti-racism work and listed critical race theory as one of several “divisive concepts.”

Usually, we define propaganda as information that is false or misleading and tied to a political agenda. While critical race theory is often aligned with efforts to dismantle or expose racism, it is certainly not false and many of the ideas developed through critical race theory have gained broad consensus well beyond the academy.

With the change in administrations, the federal orders to defund anti-racism and diversity training were rescinded. The Biden administration then issued an order calling for the advancement of racial equity and support of underserved communities through the federal government. This spring it also proposed two initiatives aimed at developing “racially, ethnically, culturally, and linguistically responsive teaching and learning practices” for American history and civics education programs. That’s when the criticism really resurfaced in some state legislatures, with a focus specifically on critical race theory in public schools.

Some of these bills are often very broadly phrased, and they end up kind of targeting not just critical race theory, but any efforts to try to enhance diversity or provide training around biases that we all might have racially. I think that would really have a chilling effect. We’ve made a lot of strides over the past few decades around racial equity, justice and inclusion around diversity. And so the fear is that bills like this don’t just stop with critical race theory, the phrase itself, but they really try to target and turn back the clock on many of these efforts to build a more inclusive educational curriculum.

Why is it controversial?

Much of the alarm about critical race theory is the idea that it blames or judges individuals—White students today are to blame for slavery, non-White students are directly victimized by their White classmates, etc.—when what I’ve argued is that what is common across various forms of critical race theory is a focus on history, systemic or institutionalized practices. In short, quite the opposite of blaming or judging individuals.

From my standpoint, we all inherit and live within a society that has entrenched racism and we all are shaped by it—differentially, to be sure, but nonetheless significantly beyond our individual choosing. At the same time, we are not trapped by history or by the past. We can change or devise policies to counteract large and small ways racism is institutionalized. We can rethink or alter our individual and collective beliefs beyond what we’ve inherited or what we are socialized to see.

Since much of critical race theory is focused on how the past or systemic practices shape racism today, it can often lead to difficult conversations in the classroom. Racism, systemic or individual, is not something we can simply “put in a box” as something distant or detached. It often does evoke strong beliefs and emotions and that can be difficult for educators to navigate.

However, it is simply bad teaching to make assumptions about the individuals in your classroom, whatever race they may be. That said, difficult conversations are often the most impactful from an educational perspective, if handled well.

The U’s Academic Senate unanimously passed a resolution on this issue in November 2020, which is worth revisiting. What did the resolution say?

The resolution affirmed the importance of anti-racism, diversity and inclusion work, acknowledged this work is often attacked and affirmed support for scholarship, teaching and training focused on anti-racism, decolonization, anti-oppression and equity that are addressed in a wide variety of approaches, from critical race theory to queer theory, transnational feminisms, anti-carceral studies in virtually all disciplines.

The resolution also affirmed the necessity of a climate where this work can take place, both in the classroom and more broadly on our campus. 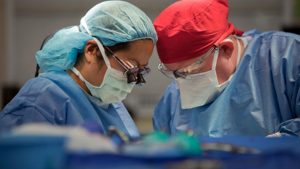 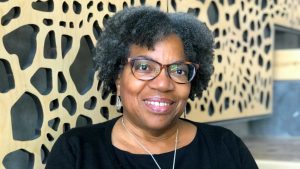