Ethan Lake, an undergraduate student in physics and math at the University of Utah, has received the prestigious and highly competitive Hertz Fellowship, a $250,000 grant for up to five years of graduate study in the STEM fields. Lake is one of only 12 students nationally to receive this award and the second Hertz Fellow for the U. The first Hertz fellow was in 1989, when Eric Kelson received the award. 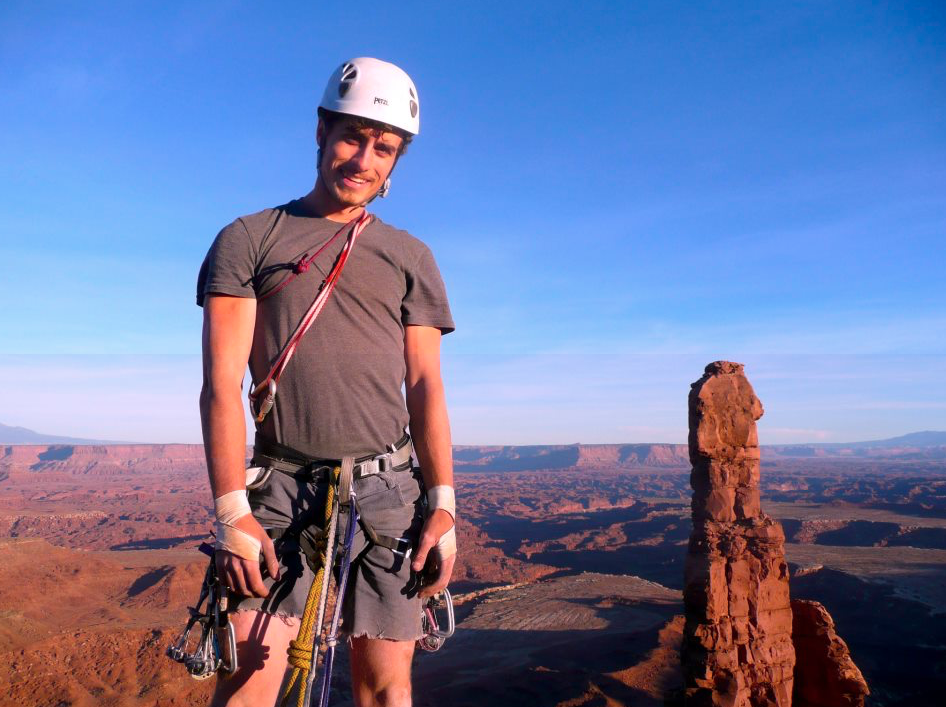 “Ethan’s receipt of the Hertz Fellowship has opened the door for other U students to follow in his footsteps,” said Ruth Watkins, senior vice president for Academic Affairs at the U. “We have no doubt Ethan will continue to make a significant contribution to research and be an excellent representative of our university and state.”

The Hertz Fellowship, established in 1963 by the Fannie and John Hertz Foundation, seeks to support America’s most promising students in the applied physical, biological and engineering sciences who possess technical talent and the potential to solve difficult, real world problems. This year, 721 students applied and went through a rigorous merit-based process. The top 150 applicants were invited for an in-depth technical interview and of those, 40 were invited back for a second interview, with each interview increasing in difficulty.

“I found the application process, especially the interviews, to be intellectually rewarding and very enjoyable,” said Lake. “I would definitely encourage other students to apply.”

Lake’s passion for science began a world away in astrophysics. In his first year at the U, he joined professor Zheng Zheng’s computational astrophysics group where he studied the environments surrounding galaxies in the early universe and the gravitational microlensing of extrasolar asteroid belts.

“I’m extremely impressed by Ethan’s strong learning and research abilities and by his curiosity and creativity,” said Zheng. “He is truly exceptional.”

In the summer following his second year, Lake made an impulsive decision to switch to condensed matter theory, and began working on a problem in theoretical superconductivity with professors Dima Pesin and Oleg Starykh.

“Ethan has progressed steadily from a theoretical physics novice learning such basic theory as unitary transformations and second quantization to an expert in exotic p-wave superconductivity and many-body perturbation theory,” said Starykh. “This progress is truly amazing and in my experience, unprecedented.”

In fall 2015, Lake joined professor Yong-Shi Wu’s group to study topological quantum matter and in spring 2016 Lake was awarded the prestigious Barry Goldwater scholarship for excellence in STEM research. This past summer he attended the premier summer school on topological quantum matter at the University of Colorado at Boulder. In the school’s 17-year history, Lake was one of only three undergraduate students invited to participate. He also participated in a National Science Foundation Research Experience for Undergrads program with Michael Hermele, associate professor of physics, also at the University of Colorado at Boulder.

“His strong interpersonal and collaborative skills are extraordinary for someone who has advanced to the frontiers of science so early in his career,” said Hermele. “Ethan is on a trajectory to become one of the leading lights of theoretical physics in the 21st century.”

During his undergraduate career, Lake has written six first-author publications with another three papers either submitted or in progress. Through his research, he has collaborated with scholars at various institutions around the world, including Princeton University, Caltech, CU Boulder, Peking University and Tokyo University.

“I’m very grateful to the mentors I’ve worked with for their constant patience, and I appreciate the freedom they’ve given me to explore and think about research problems independently,” added Lake.

Lake is currently studying the role that topology plays in condensed matter theory and quantum information theory. In this field, he has found a balance between his aptitude for abstract mathematics and his desire to work on problems that can be tested by experiment. He plans to perform related work in graduate school, while pursuing a doctorate in theoretical physics.

“I’m psyched to use the freedom this fellowship grants me to explore different areas of theoretical physics. Graduate school is going to be a ton of fun,” said Lake.