Recently, during a week of 100 F weather, classes at eight buildings on the University of Utah campus were cancelled because they lost air conditioning when two essential parts stopped working at the same time. Facilities crews were able to restore function in time for classes the following day.

Issues like this are a result of very high cooling demands on an aging campus infrastructure, much of which was installed more than 25 years ago. Facilities Management is in the process of updating these facilities across campus.

A new central chiller system that will serve the same buildings that lost air conditioning earlier this month is being installed in a portion of the Nielsen Fieldhouse. This is the fourth chiller plant of its kind on campus, joining one that serves the James LeVoy Sorenson Molecular Biotechnology (USTAR) Building, installed in 2011; one west of Public Safety that serves south campus, installed in 2013; and one east of the Medical Towers apartments that serves buildings east of Medical Drive, completed in stages in 2000 and 2009. Work began on the new project July 6, 2015, and is scheduled for completion by fall 2016.

For now, the current coolers will remain in place and serve as back ups to the new system, which should mitigate the need to close buildings when maintenance problems arise in the future.

The new plant uses the same technology as the current chillers, but will be more efficient because it uses premium efficiency motors and a system called waterside economizing. This means that during the cooler fall, winter and spring months, the system can provide cool air without using the chillers.

It works by cooling water to about 45 F before a group of pumps circulate the cold water to buildings connected to the chilled water plant. Air from the buildings then blows over the coils of cool water, cooling the air in the buildings. As the air cools, the water warms up to about 57 F. The warm water returns to the plant, where the chillers cool it again and the process is repeated.

“Keeping the campus community comfortable and safe while also finding ways to be more energy efficient and save money is our top priority,” said Stephen Laraway, a mechanical engineer and project manager for the new chiller plant. “The old systems have served campus for decades, and the new systems should last even longer.” 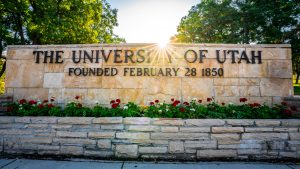 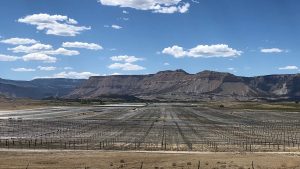