Jakob D. Jensen,  associate professor of communication, was awarded the 2015 New Innovator Grant from the National Institutes of Health. The grant, established in 2007, supports unusually innovative research from early career investigators and

will provide Jensen with $2.2 million to pursue a five-year research program.

“The grant has consistently produced research that revolutionized fields by giving investigators the freedom to take risks and explore potentially groundbreaking concepts,” said NIH Director Francis S. Collins. “We look forward to the remarkable advances in biomedical research the 2015 awardees will make.”

Jensen is the first faculty member from a College of Humanities to win a multimillion-dollar grant, for which he had to compete against faculty from all disciplines and make it through several rounds of rigorous peer review.

Jensen’s primary research seeks to improve skin cancer control by redesigning telehealth systems and enhancing lay ability to identify atypical moles. It builds on research he published in the journal Cancer Epidemiology, which was initially supported by a Great Ideas in the Humanities Grant from the College of Humanities. His research suggests that groups of people, rather than one individual, might be better at finding cancerous moles. His goal over the next five years is to validate that finding and then develop an infrastructure to support the application.

It’s been a remarkable year for Jensen. In July, he was awarded the Golden Monograph Award for the top article in the field of communication, in August he was named associate dean for research and in November he and his partner, Robin E. Jensen, associate professor of communication, will welcome their second child. He is a member of the Cancer Control and Populations Sciences Core at the Huntsman Cancer Institute and directs the Health Communication and Technology lab, which designs and evaluates innovative communication solutions to public health problems.

A full list of the 2015 New Innovator Award winners can be found here. 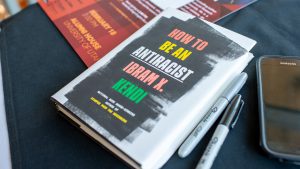 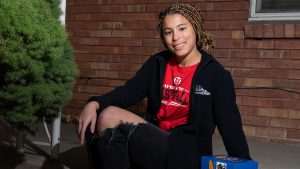