One hundred and fifty years ago at Promontory Summit, Utah, the final spike was driven, the transcontinental railroad was complete and the nation was transformed.

“The Race to Promontory: The Transcontinental Railroad and the American West,” opening Friday at the Utah Museum of Fine Arts (UMFA), brings to campus an extraordinary account of one of the greatest achievements of the 19th century through powerful images that still resonate a century and a half after their making. The exhibition also reunites—for the first time in Utah—the famous golden Nevada and Arizona spikes that were present at the “Meeting of the Rails” on May 10, 1869.

The exhibition, organized by Joslyn Art Museum and the Union Pacific Railroad Museum, is a cultural centerpiece of Spike 150, the state’s yearlong celebration of the anniversary.

“We’re delighted to share this remarkable exhibition with our campus audiences, which connects them with this important shared history in ways that only visual art can,” said Gretchen Dietrich, UMFA executive director. “Students, staff and faculty can explore the aesthetic considerations and challenges faced by 19th-century photographers and experience this historic moment from a variety of critical perspectives.”

The transcontinental railroad connected east and west, triggering dramatic economic, technological and cultural changes, from how fast people could travel across the country to what we eat and how we tell time. Fittingly, this transformative event was captured by the equally groundbreaking medium of photography, which not only documented the work but also captured the moment of the railroad’s completion and distributed it around the world. It was the first major news event carried “live.” Telegraph wires were attached to one of the ceremonial spikes, and as it was gently tapped with a silver maul, the “strokes” were heard across the country.

“The Race to Promontory” features more than 150 rare photographs and stereographs by Andrew Joseph Russell (1830-1902) and Alfred A. Hart (1816-1908), drawn exclusively from the Union Pacific Historical Collection at the Union Pacific Railroad Museum, the world’s largest collection of original photographs documenting the construction of the railroad between 1866-1869. The UMFA exhibition also includes 31 works by 19th-century Utah photographer Charles Savage, who composed scenes of the railroad and local landscapes to boost tourism and settlement. Savage’s photographs are on loan from J. Willard Marriott Library Special Collections.

These 19th-century photographers focused primarily on the engineering triumphs of the railroad, the vast resources available for an expanding nation and the region’s pictorial beauty. Interpretive materials and interactive space in the exhibition help visitors explore photography through a critical lens.

To encourage audiences to consider the railroad from a broader set of perspectives, the UMFA is hosting a series of educational programs featuring renowned historians, thinkers, and community members—including Stanford University professor Gordon Chang and Princeton University professor Martha Sandweiss, as well as U professors Paisley Rekdal, Matthew Basso and Gregory Smoak. These programs highlight historically overlooked narratives: Those of Chinese and Irish immigrants who made up the workforce, members of The Church of Latter-day Saints who worked alongside them and Native Americans, whose lives were forever changed as new migration spurred by the railroad hastened the end of the Indian Wars and the beginning of the reservation era.

Leslie Anderson, UMFA curator of European, American and regional art, said, “’The Race to Promontory’ explores how two important American photographers framed the construction of the transcontinental railroad for their audiences. Through a wide-angle lens, the exhibition’s programming will examine many narratives only alluded to in the works of Hart and Russell.”

For a complete schedule of programs, please visit umfa.utah.edu/race-to-promontory.

U students, faculty and students are admitted free to the UMFA. To schedule a class tour, please contact campus engagement coordinator Iris Moulton at iris.moulton@umfa.utah.edu.

Generous support for the exhibition was provided by the George S. and Dolores Doré Eccles Foundation, Zions Bank, the Hal R. and Naoma J. Tate Foundation, Union Pacific, the state of Utah, the Utah Department of Heritage and Arts and Spike 150. 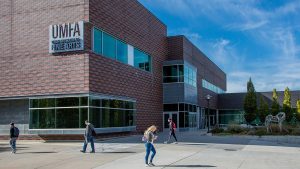 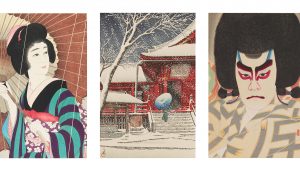