Do you know where free speech and assembly is allowed on campus? The answer is all open spaces outside of buildings.

The U once had a designated campus “free speech zone” — the Union Plaza — but years ago the university adopted a more expansive policy regarding where free speech is allowed. And a law passed by the Utah Legislature earlier this year makes that open campus policy an explicit requirement at higher education institutions statewide. 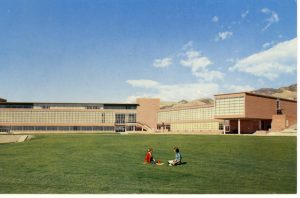 A large flat grass field once spread south of the Union Building but was landscaped with berms in the early 1970s.

“We want to make people aware of the state law that celebrates the fact that as a public campus this is a place for sharing ideas and expressions of speech,” said Lori McDonald, associate vice president and dean of students.

The law, titled “Campus Free Speech Amendments,” states that all outdoor areas at higher education campuses are traditional public forums. Institutions, however, may set and enforce reasonable time, place or manner restrictions for expressive speech. Free speech events, for example, cannot be so loud they disrupt classes or other activities.

The law also states any restrictions must be narrowly tailored and content- and viewpoint-neutral and institutions may not prohibit spontaneous assemblies. In other words, pre-approval is not required.

University code identifies the Union Plaza as a “free speech facility” that may be reserved through the Office of the Dean of Students — which refers people to the Union reservation office — for speech events, but that doesn’t restrict people from going elsewhere, McDonald said.

The political climate of the past year has brought free speech into sharp focus. Universities, including the U, have grappled with how to uphold constitutionally protected free speech while acknowledging and addressing speech that, while protected, is hurtful.

President David W. Pershing and top administrators have issued numerous statements affirming that the U has no tolerance for hate speech or violence. Administrators also have stressed that when certain speakers visit or events occur on campus, it is not an endorsement of particular viewpoints, McDonald said.

But “we can’t ignore the fact that some speech is hurtful and we want to be sensitive to the impact,” McDonald said. “I sense a real frustration, anger, fear and traumatization in many of our students [over speech issues]. A new generation is challenging us to think about the impact. We have to figure out better ways to encourage dialogue in respectful, productive ways.”

The problem is not an entirely new one. In the 1960s, the U faced similar issues when hundreds of students protested the Vietnam War; students who were for and against the war often clashed.

Back then, the U designated the Union Plaza — which included a large, flat grassy field south of the building — as the place for students to gather for speeches, protests and “sound-offs.” But after protests in the early 1970s on college campuses here and across the nation grew unruly and disruptive, the area was landscaped with rolling berms and lots of trees to make it less hospitable as a gathering ground. 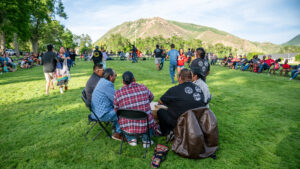 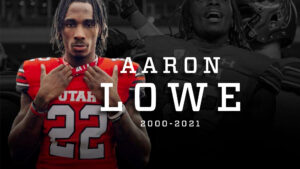 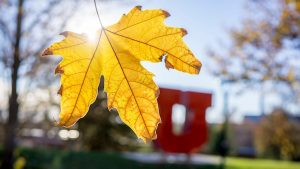 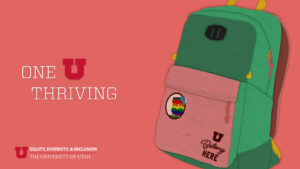