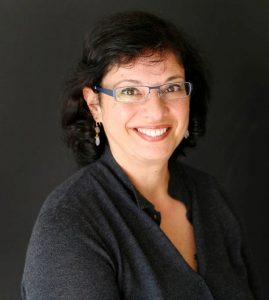 For 30 years, Sonia Nazario has worked to bring the plight of migrant children to the nation’s attention. Her series about a Honduran boy’s effort to find his mother years after she immigrated to the U.S. won a Pulitzer Prize and became a best-selling book, “Enrique’s Journey.” The book is now required reading at hundreds of high schools and colleges across the country.

But telling the stories of immigrant children proved to be only part of her calling. She also advocates on their behalf — a role Nazario says was pushed into by the high school and college students who’ve heard her speak.

“As I urged them to address the problems I described, they asked, ‘Howe can you ask me to do something if you aren’t willing to do more than educate people about these issues?'” she says. Nazario realized there is a time “to be an educator and a time to be a doer” and soon Nazario found herself filling both roles.

Sonia Nazario will give the keynote address at the 2018 Tanner Center for Human Rights forum on March 29 at 7 p.m. at the Utah Museum of Fine Arts. The event is free.

In 2014, as a national crisis erupted over the detention of unaccompanied immigrant children at the border, Nazario returned to Honduras to report on the situation for The New York Times. She later testified about the crisis before the U.S. Senate Committee on Foreign Relations. She devoted months to raising awareness of the situation and recruiting attorneys to provide pro bono representation of the unaccompanied minors. Nazario received numerous awards for that humanitarian work, including the 2016 American Heritage Award from the American Immigration Council and the 2016 National Peacemaker Award from the Houston Peace & Justice Center.

But the debate over the nation’s immigration policies is more divisive than ever, and the challenges facing immigrant children are as pressing as they were at the start of Nazario’s journalistic career.

@the U interviewed Nazario to preview her speech on campus on Thursday, talk about her work and get her assessment of the best approach to immigration policy today.

There was a moment in your childhood when you resolved to be a journalist in order to speak out against injustice. What happened?

When I was 14, my father died suddenly. We were living in Kansas and my mother decided to take the family back to live in Argentina, her parents’ native country. It was in the mid-1970s, when the military was about to take power in the country.

In the coming years, they would ‘disappear’ — kill — 30,000 people. I lived in fear because the military would roam the streets, picking people up who would never be seen again. Educators, for example, who they thought were all commies. Someone close to my family was picked up and almost tortured to death. A 16-year-old friend was picked up and they tortured him and broke all the bones in his face.

One day, my mother and I were walking on a street in Buenos Aires and I saw a pool of blood on the sidewalk. I asked my mother what had happened and she said the military had killed two journalists. I asked her why and she said the journalists were trying to tell the truth about what was happening in the country. Staring at that pool of blood, I decided to become a journalist. I saw the importance of the Fourth Estate, the media. I understood that the situation in Argentina was due in part because people didn’t understand the magnitude of what was happening. The goal of the military was to keep society ignorant and that meant going after the educators, the journalists and others.

You can’t have a strong democracy without a strong press willing to hold people in power accountable. Seeing that pool of blood set the trajectory of my life.

Your book “Enrique’s Journey is read in hundreds of school districts across the country. What has that been like for you?

It’s wonderful because I feel we live in the moment of greatest hostility toward immigrants. You can’t do something about immigration until you understand who is coming and why. Enrique’s story puts you in the shoes of migrants.

For some, the book is a window into a world they may not know. For others, particularly Latinos, it is a mirror, a validation of their own experience and realization that their story matters, too, that they are part of the fabric of this nation’s story.

The most satisfying part is many days I get emails, which usually start with all capital letters, about having been forced to read ‘your freaking’ book. They’ll say, ‘I was raised racist, to hate immigrants, and I don’t know an immigrant personally. But I had to read your book and it changed my perspective because you put me in their shoes.’

Many students who have read the book have gone on to do amazing things, such as building schools and well systems and creating microloan programs in other countries to try to address the problems I raise.

What do you see as the most critical issues in the immigration debate today?

At the federal level, we have not made progress — certainly not in the past year. But what we have seen has galvanized progress at the state and local level. We are seeing more states move toward the middle on immigration issues, with passage of in-state tuition laws, driver licenses for undocumented immigrants and state aid for Dreamers.

I was talking about Dreamers 15 years ago and no one knew who they were. They didn’t break a law, their parents did, but we are punishing them. It is as though your father robbed a bank and because of that you have to go to prison. There is a much stronger understanding by the population today about why that is unfair.

So, because of the extremes we are seeing at the federal level, there is this silver lining.

But these are the dark days. And what is disconcerting to me is the backlash that is occurring because of what happened between 1990 and 2010, when we had an unprecedented influx of immigrants. That has been radically diminished. In the first three months of this year, we allowed just 5,000 refugees into this country — an historic low.

Most of the immigrants coming to the U.S. today are not economic migrants or from Mexico. They are refugees coming mostly from three countries in Central America — El Salvador, Honduras and Guatemala — that, other than Syria and Afghanistan, are the most violent on earth.

I think a lot of the writing and advocacy that I and others have done is helping people understand we have to deal with the root problems that are driving people to this country. Often the problem is not described accurately and that leads to false solutions. You have to see what the problem is and find a relevant solution.

It is estimated that 66 percent of those listed as immigrants living here unlawfully came with a temporary work visa and overstayed. A wall will not stop these folks. The people who are arriving at our border from these three countries are presenting themselves and seeking asylum. They are operating under the parameters of our laws. We have to see the real problem in order to see solutions.

On many college campus, such as ours, Dreamers are wondering what is ahead for them. What do you see?

A friend of mine who is president of the American Immigration Lawyers Association told me immigration is a ‘wedge issue’ and wedge issues, including DACA, don’t get resolved. He said they get used by both parties to mobilize their factions. I am afraid that these young children, whose parents broke the law, will be punished for the rest of their lives.

Like many children of other immigrants, many Dreamers are deeply motivated to make something of themselves. They see what their parents gave up to come to a new land and lift up the next generation. Many of them could do great things for this country — pay taxes, contribute — and they won’t get that opportunity. I fear that is where we are headed unless Americans mobilize and demand their political leaders act otherwise.

What will the audience learn at your lecture?

My hope is that people will get a clearer picture of who is coming to this country now and understand that this immigration is very different than it was 20 years ago. I will share why these immigrants are coming and that there are some real solutions to reduce the numbers of folks coming from these countries. The U.S. has contributed to the problems in these countries and we are also a big part of the solution. We know what works. Walls don’t work. I am going to be a champion of what works. There is a third way and we need more Americans to embrace it and push political leaders to adopt it.

LIFE IN THE ACCELERATION LANE
January 6, 2017