People with diabetes know the real struggle of successfully and safely managing the precise timing and dosages of their insulin injections.

Too much can give a person hypoglycemia (which can lead to loss of consciousness, comas or death), and not enough of it can lead to hyperglycemia (possibly leading to blindness, kidney failure and heart disease). And then there’s the constant monitoring of blood glucose levels by way of pricking their fingertips with needles.

Danny Chou, assistant professor in the Department of Biochemistry at the University of Utah , and a Utah Science Technology and Research investigator, recently published a study in the Proceedings of the National Academy of Sciences of the United States of America that is gaining national and international attention. The study discusses the progress of his research to develop a “smart” insulin for people with Type 1 diabetes.

Born and raised in I-lan, Taiwan, Chou came to Utah to join the USTAR’s Chemical Biology group at the U. He received his bachelor’s degree in chemistry from National Taiwan University, and his master’s and doctoral degrees from Harvard University, where he researched pancreatic beta cells. He was also a postdoctoral fellow in the Department of Chemical Engineering at MIT.

Although relatively new to Utah (he’s been a USTAR professor for only six months), Chou has hit the ground running.

“I came to Utah because of the features of the USTAR program, and because of the commercialization capabilities,” said Chou. “Now, I can bring the progress of the research into my lab at the U, coordinate with biotech companies and develop something that can move on to the clinical phase.” 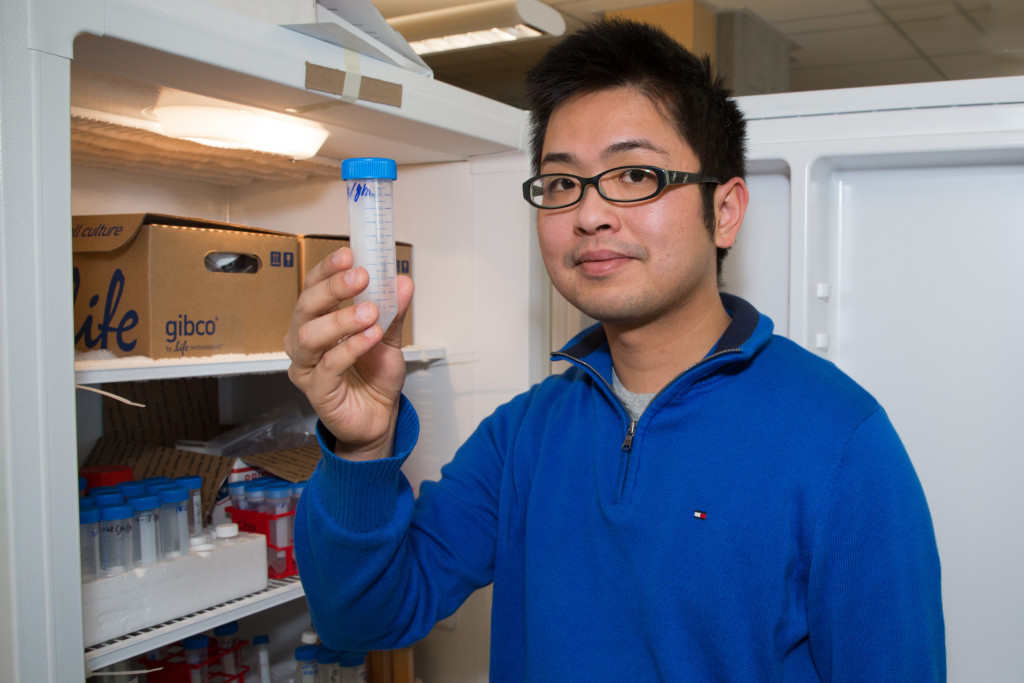 Danny Chou, assistant professor in the Department of Biochemistry

The smart insulin, named Ins-PBA-F, is a long-lasting insulin that automatically activates when blood sugar soars, eliminating the need for constant monitoring. The drug will only be active when needed, when blood sugar levels are high. Because of its fast-acting nature, it will lower blood sugar to safe levels quickly. In order to match the dynamics of inconsistent blood glucose levels, Chou’s lab is researching ways to modify injected insulin therapy, and it is expected that the project will reach a human clinical trial within two to five years.

“Ideally, the smart insulin would only be administered once a day, and by responding to the circulating local glucose levels, it would maintain a normal glucose level throughout the day,” said Chou.

Other smart insulins do exist and are undergoing development; however, they require the use of foreign materials to encapsulate insulin. The issue with these components is they can invoke unwanted side effects like an immune response.

“Researchers have previously tried to use something to encapsulate insulin in some kind of package, in a glucose-responsive way, said Chou. “What we published this time is a true definition of smart insulin in that it’s only insulin itself. We don’t need any other materials.”

In addition to Ins-PBA-F, Chou’s lab is also working on developing new insulin and glucagon analogues to be used in an artificial pancreas.  A technology in development at Boston University, the artificial pancreas will help people with diabetes control the blood glucose levels by substituting the functionality (insulin and glucagon) of a healthy pancreas. A dual hormone pump injects insulin or glucagon to maintain normal blood glucose levels.

By automating the detection of blood sugar levels, and the delivery of insulin and glucagon in response to those levels, an artificial pancreas has the potential to change the lives of people with Type 1 diabetes.

“I’m interested in developing molecules that could impact human health,” said Chou. “A good way to use our expertise is to contribute something useful.” 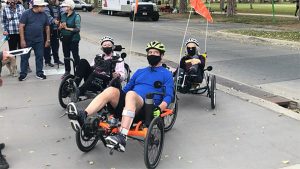 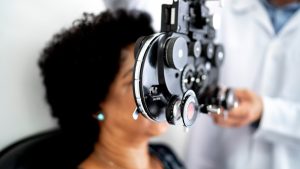 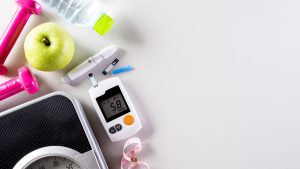