All are welcome to the South Physics Observatory to stargaze and celebrate Halloween, a holiday with astronomical roots.
Janelle Hanson

This Wednesday, Paul Ricketts, observatory director of physics and astronomy, will point his telescopes at the sky to search for ghosts. Or rather ghost-like nebula, the wisps of gas that sprawl across the universe like celestial specters. 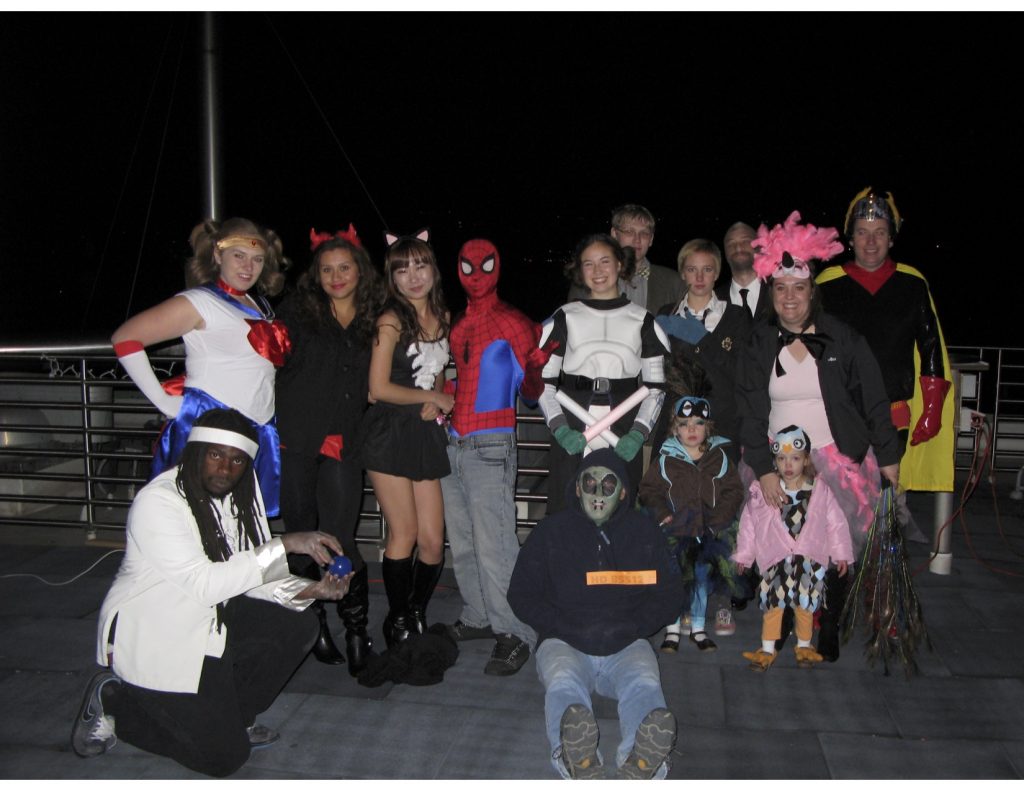 Join Ricketts on his search at the Halloween Star Party on Wednesday, Oct. 26 at 8 p.m. at the South Physics Observatory. The Society of Physics Students are co-hosting the event and converting room 408 into a haunted lab for the spooky celebration. Come dressed as the ghost of Einstein for the costume contest, watch lightning bolts spark from a Tesla coil and get a head start on trick-or-treating. Look deep into space through seven telescopes fixed on celestial bodies millions of light years away. Such stargazing is appropriate, considering that Halloween is actually an astronomical holiday.

If you peer into a telescope fixed onto a nebula, you will see a cloud of gas that was once part of a star. A star, like our Sun, burns for billions of years by fusing hydrogen into helium. This nuclear fusion creates hot, dense plasma in its core that pushes to get out. At the same time, gravity is pulling the star in on itself. When the star burns through its fuel, gravity forces it to collapse and shed its gassy exterior layers.

“It just sort of goes, poof,” Ricketts says, mimicking the explosion with his hands. The gas tendrils linger around the former star like curls of smoke after the flame extinguishes.

Halloween, or All Hallows Eve, is the modern descendent of Samhain (Sow–win), a sacred festival celebrated by the Celts and Druids on Oct. 31. The great feasts of Samhain marked the last of the harvest and the beginning of the dark days of winter. The veil between the two world is thin, allowing the spirits of the dead to wander among the living. It also happens to have astronomical significance.

Oct. 31 falls approximately mid-way between the fall equinox and the winter solstice, a so-called cross-quarter day. The ancient Celts split the year into eight major seasons; the June and March equinoxes, when day and night are the same length, the December and June solstices, the shortest and longest days of the year, and four cross-quarter days. The true cross-quarter day falls on Nov. 7, 2016.

Samhain also coincides with the rising of the Pleiades star cluster, also called the Seven Sisters, at the end of summer. The Pleiades cluster is a bright group of stars born from the same nebula, seven of which are visible with the naked eye. They reach their highest point in the sky at the end of November.

Astronomy is a gateway science

The Department of Physics and Astronomy hosts these star parties every Wednesday, even through the winter, says Tabitha Buehler, assistant professor of physics and astronomy, and co-host of the star parties. The university has an obligation to share their resources with the community to build an interest in science, she says.

“Astronomy is a good gateway science,” Buehler says. “In the city with the light pollution, there’s so much you can’t see. With the telescope, we can show them planets, star clusters… it broadens people’s understanding of the galaxy and the universe.”

Ricketts tries to give people context about the wonders they see through telescope. For example when the lens is fixed on the Whirlpool galaxy 23 million light years away, he explains it like this:

“I tell them, ‘You saw the light from 23 million years ago. Your brain turned that light into a memory. And now it’s part of you.’ Sometimes a kid will say, ‘That’s lame,’” Ricketts laughs. “But I get really excited when a kid says, ‘Whoa! That’s so cool!”

All are welcomed to celebrate the space ghosts at the Halloween Star Party on Wednesday, Oct. 26 at 8 p.m. in the South Physics Building, Room 408. For more information, please visit web.utah.edu/astro and send questions to observatory@physics.utah.edu.