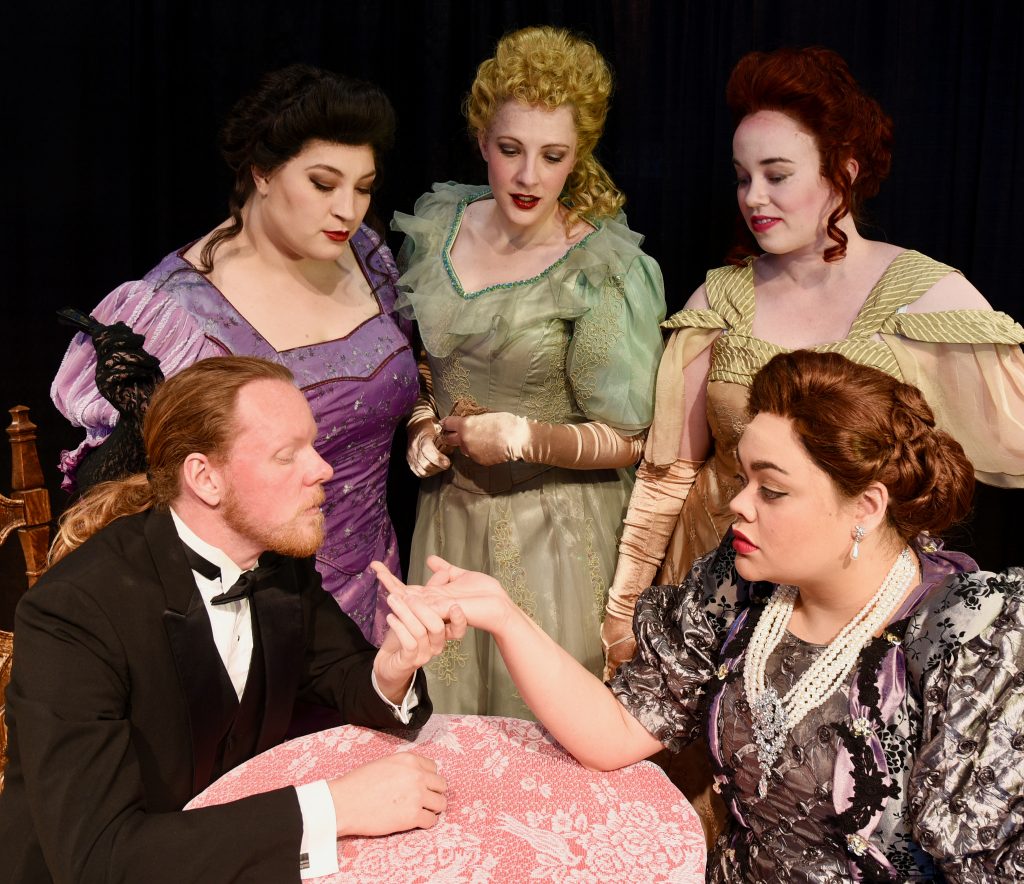 On April 21 and 22 in the Nancy Peery Marriot Auditorium of Kingsbury Hall, the University of Utah Lyric Opera Ensemble with the University Philharmonia will present the beloved and wonderfully enigmatic opera, “La Rondine.”

“As both a singer and a director, I’ve been involved in five productions of ‘La Rondine’ and I’ve appreciated the complexity and intricate structure more and more each time,” said Breault, “For the first time in my 24 years as the U’s director of opera, I’m presenting this show and it’s my hope that we’ll change some minds about this under-appreciated gem.”

First performed in 1917, Giacomo Puccini’s “La Rondine” blends love, passion, longing and religious constricts amidst the changing morals and societal expectations of the late 19th century. A touching love story brews in operetta style inspired by waltzes, polkas and even a tango. The devastating ending features a full-throttled Puccini score that is on par with his best works.

Set on the day before World War I breaks out, at the end the Parisian era known as “La Belle Époque,” the story begins with opera’s heroine, Magda, leading an empty and unfulfilling life even in the splendor of her own beautiful Parisian salon. Despite her fame and fortune as a courtesan in Paris, she finds herself trapped in a cage of opulence and duty. Prunier, a poet and dear friend, leads Magda to a world of fantasy inspired by art and music. It is in this world of love and happiness that Magda must discover if she is living in reality.

The double cast, all-student production features Robyn VanLeigh and Katherine Brim as the lead heroine, Magda; Lauren Slagowski and Ivana Martinic as Magda’s maid Lisette; David Sauer and Addison Marlor as Magda’s love Ruggero; and Anthony Buck and Alan Smith as Prunier the poet along with other members of the U’s Lyric Opera Ensemble.

Tickets are available at tickets.utah.edu or the Kingsbury Hall Box office. U students get free tickets with their UCard via the Arts Pass program.