Women at the University of Utah are making a difference every day in a myriad of ways. The mission of the Presidential Commission on the Status of Women (PCSW) is to support their efforts, promote their achievements and provide them with a community on campus.

The PCSW was formed in 1995 and has evolved over the past 26 years depending on the climate on campus and the needs of women at the U. It now serves both the main and health campuses as part of the One U initiative. It was instrumental in founding the U’s chapter of Utah Women in Higher Education and is involved in the annual Edie Kochenour Memorial Event, Women’s Week and more.

Two of the issues central to the work of the PCSW are pay equity and campus-focused child care. It has worked with Human Resources to explore salary inequities and engaged senior leaders at the U to be a part of the solution. Members of the commission engaged with the Council of Academic Deans and others to raise awareness and to create a level playing field when it comes to salary and promotion. In addition, in July 2021, PCSW was a part of the Career Line Parental Leave Task Force that was created to support faculty and staff with child care issues and are currently a part of the effort to hire a new position to focus on child care strategy at the U.

“We know that creating a community where all at the U can thrive is not the work of just one organization or just one individual,” said Ruchi Watson, co-chair of the commission. “That’s why, in addition to driving our own initiatives, we’re eager for PCSW to be a catalyst, a convener, and an advocate for the many individuals and organizations at the U who are doing this work.”

Watson and co-chair Mary Elizabeth Hartnett are the driving force pushing the PCSW forward. Hartnett is a distinguished professor in the School of Medicine and holds the Calvin S. and JeNeal N. Hatch Presidential Endowed Chair in Ophthalmology and Visual Sciences. She also directs the pediatric retina center and angiogenesis laboratory. Watson is the managing director of the Goff Leadership Center at the David Eccles School of Business and was recently named in the “30 Women to Watch” by Utah Business magazine. While both are accomplished in their own rights, their focus is on uplifting the community of women at the university.

“We recognize that it is through the efforts of many women across campus that progress has been made. That is why we want to raise awareness of that progress, the organizations that provide the services and recognize the leaders of these groups,” said Hartnett. “We also realize we have work to do, and the PCSW is the place to bring your needs. We are working with senior leadership at the U on ways to provide those resources.”

In the past year a survey was fielded to identify those doing work in support of women at the U and to better understand their interests and needs. The results of that survey are being used to steer the work being done by the PCSW in the coming months and years. However, more information and input are still needed. If you would like to contribute to the work being done, or if a group you are involved in would like to partner with the PCSW, now is the time to act. By taking this survey you can help create a more complete picture of the work being done on campus, and the people who are doing it. You can impact how resources are spent, and the initiatives that are prioritized.

The impact of women at the University of Utah cannot be overstated. Individually, and as a group, they deserve recognition and support. The PCSW is dedicated to making that happen, and to creating a campus where women feel valued both in words and with actions. 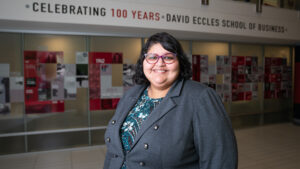 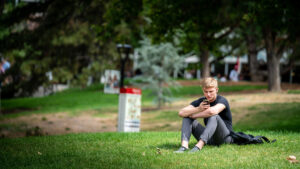 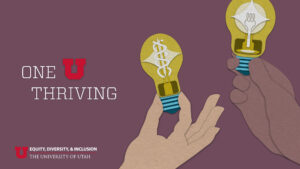