Like a lot of teenagers, Juan Diego High School junior Karl Schriewer loves music. But unlike most of his peers, he doesn’t just listen to it. He plays it, writes it and arranges songs for jazz band and wind symphony. 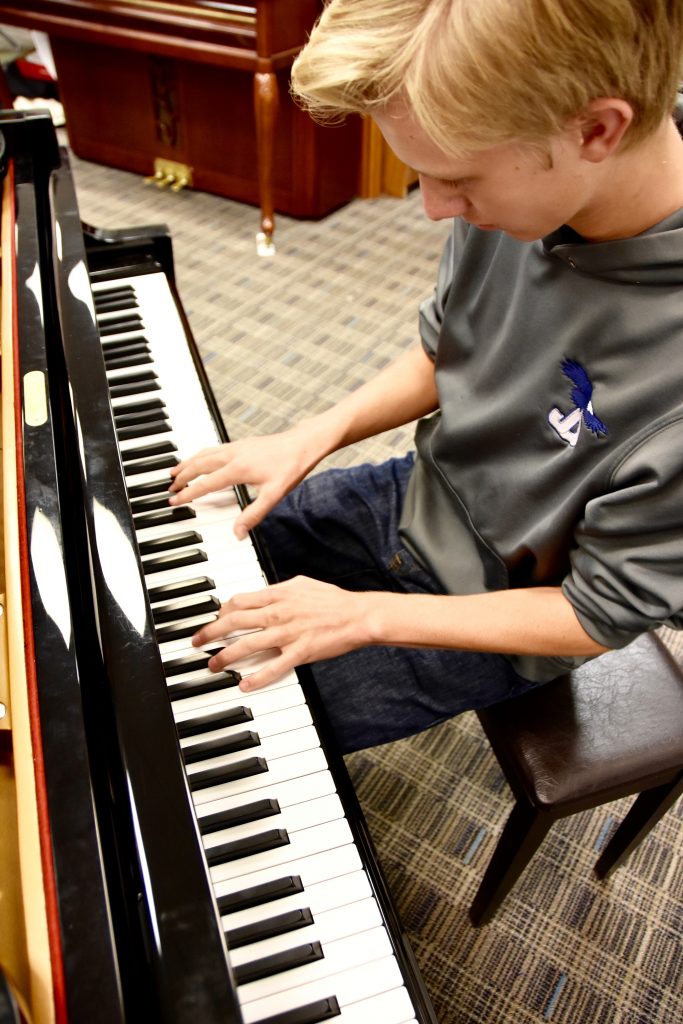 A close second to music is his passion for science. When he’s not playing a sonata, he’s programming robots or building them with his own hands. That’s why when he was given the opportunity to do an ALSAM Foundation-sponsored summer science internship at the University of Utah, he jumped at the chance of doing a project with a music focus. “It was the perfect match,’” says Schriewer. “It was a great opportunity to work with a U professor on a project like this.”

The research is working toward a day when, along with pain relief medication, a doctor scribbles down on his prescription notepad, “listen to relaxing music, 30 minutes, twice daily.” Schriewer’s mentor, Grzegorz Bulaj, an associate professor in medicinal chemistry, has already been researching such unique combination therapies based on clinical data showing that listening to Mozart can reduce the frequency of seizures in epilepsy patients. From there, it’s not much of a stretch to imagine that listening to “happy” music daily could boost the mood of someone with depression, or that a dose of “relaxed” music could calm an anxious person.

According to the World Health Organization, there are approximately 350 million people living with depression, and many of them lack adequate therapies. Given the convenience, global availability and physiological effects of music, it was only a matter of time before music would be repurposed from a simple pleasure to having a medical purpose.

Schriewer spent his summer days wearing headphones and tapping his foot, listening to all styles of music in search of common musical structures and characteristics that carried the listener into different emotional states. He found that “happy” music tended to be loud and fast, was played in a major key and often featured multiple instruments. “Relaxed” music was quiet and smooth, was played in a minor key, and was more likely to feature woodwinds or acoustic guitar. He also characterized “angry” and “sad” music.

While Schriewer expected to do a lot of hands-on work in the lab, he didn’t anticipate how much preparation he would need to do before even starting his research. A lot of his time was spent learning new terminologies and methods, and analyzing work that other research groups had done in the digital health field. He particularly enjoyed brainstorming with Bulaj about next steps. “The fun parts were the discussions and hearing him talk about his work,” says Schriewer.

“We already have a great experience collaborating with Spy Hop, a youth media organization involved in creating a mobile video game therapy for cancer patients. Similarly, Karl’s research points to simple yet powerful solutions for addressing our health care challenges,” says Bulaj. “The unbiased and creative minds of these young students nurture innovation.” 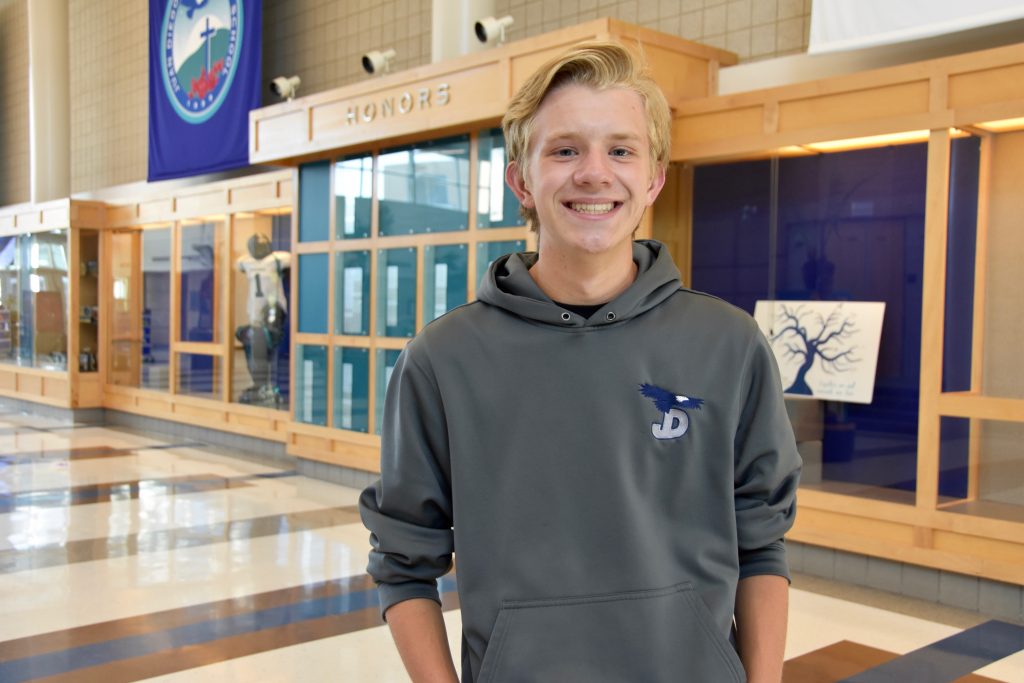 Recently, just four short months after Schriewer stepped into the lab, he and Bulaj published his research in the scientific journal, Frontiers in Public Health. His work, combined with Bulaj’s interests, lays out a blueprint for using music streaming services—such as Pandora, Spotify or Google Play Music—as medical treatments. When a doctor prescribes “happy” music, a computer algorithm would sift through millions of songs to create a channel for delivering music that fits the profile of the prescribed emotional parameters. The music streaming channel would also be in sync with the listener’s preferences. One person’s “happy” channel might call up the light, clean and bright Piano Guys’ song “Okay,” whereas another’s might bring forth the twangy guitar-driven music from The Beach Boys or The Beatles. Schriewer and Bulaj’s article also outlines a need for clinical testing before obtaining FDA-clearance to deliver customized music as treatment for specific medical conditions.

For someone like you and me, this may mean that the pharmacy will be serving up prescription pills that come together with a downloadable mobile app. Some companies are already pursuing such innovations.

“As an educator, I am excited to see how the passions of a scientific investigator when coupled with the passions of a student can yield novel insights into advancing therapeutic management of different diseases,” says Kristen Keefe, interim dean of the College of Pharmacy.

Now that the leaves on the trees are turning color, Schriewer is back in the classroom and out on the football field, leading the drumline in his high school marching band. The internship project is behind him for now, but it still lingers in his mind. “Music is an essential part of people’s lives. They listen to it during their daily activities, running, and at work,” he says. “I hope that this new technology and this new concept will impact people and benefit their lives.” Regardless of whether he continues this specific project, he says the experience has cemented his decision to major in science or engineering in college, and minor in music.

“These internships are a great opportunity for high school students to see what real science research consists of,” says Schriewer’s science teacher Christine Fogarty Celestino. “I hope that this experience begins a lifetime of scientific pursuit in addition to his already impressive musical accomplishments.”