For millions of people with diabetes, insulin is essential medicine. But for some ocean-dwelling predators, insulin is a weapon. With a burst of venom, a fish-hunting cone snail can drop the blood sugar of its prey so precipitously that it quickly becomes paralyzed and defenseless. That remarkable phenomenon has inspired scientists at University of Utah Health, Stanford University and University of Copenhagen to make better injectable insulins for patients.

Watch a video of a cone snail paralyzing a fish here.

In the journal Nature Chemical Biology, the scientific team reports on a new insulin whose design is based on venom from the marine snail, Conus kinoshitai. By introducing biochemical features that enable the snail’s insulin to start working quickly, they have created a modified form of human insulin that they hope could give patients with diabetes better, more immediate control over their blood sugar.

“There was always this idea that if one could design a very rapidly acting insulin analogue, one could get much better control of blood sugar levels in people with diabetes,” says Helena Safavi, a biologist at the University of Copenhagen. She is the co-corresponding author on the study with biochemist Christopher Hill, Vice Dean of Research for University of Utah School of Medicine, and Stanford protein chemist Danny Hung-Chieh Chou.

The new molecule is a promising candidate for therapeutic development. More broadly, it has revealed an unexpected biochemical strategy for converting human insulin into a fast-acting compound.

Normally, human insulin is produced and stored in the pancreas until it is needed to manage blood sugar and energy levels. To facilitate efficient storage, individual molecules of insulin come together, linking up first into pairs, or dimers, and then into groups of six. But for people who rely on insulin injections, the molecule’s tendency to pair up is an impediment. Insulin can’t make its way from the injection site to the bloodstream until clustered molecules dissociate. This creates a delay that can make it difficult for people with diabetes to keep their blood glucose within the optimal range, increasing the risk of complications.

The cone snails’ venomous insulins, which Safavi first discovered in a species called Conus geographus as a postdoctoral researcher in the lab of University of Utah professor Baldomero Olivera, caught the research team’s attention because they don’t form these clusters. “The cone snail doesn’t need to have insulin for storage. It wants to have something that very quickly acts to paralyze fish,” Safavi says. “And when we looked at the insulin, we found that it doesn’t come together in six insulin molecules. It’s just a single insulin that acts in the fish prey.”

Since that work began, some insulins that form fewer clusters than natural human insulin have become available to patients. Hill explains that these therapeutic insulins do form pairs, but they separate more readily than human insulin. “But the snails have been able to do even better than that,” he says. “The snails been particularly good at shifting the balance all the way over to the monomeric [singular] form.”

In 2020, a team led by Chou, then a professor at U of U Health, achieved that same shift to the monomeric form by incorporating a few key molecular features of Conus geographus insulin into human insulin. Then Safavi discovered that Conus geographus isn’t the only cone snail that makes insulin.

About 150 species of cone snails feed on fish, and each species makes its own complicated cocktail of toxins to subdue its prey. By exploring a U of U collection of cone snail venoms, Safavi found several that contained insulin-like molecules. Surprisingly, one of those venomous insulins was structured quite differently from the insulin made by Conus geographus, even though it, too, was fast-acting and cluster-free. “It’s just amazing, because they are using very different methods to engage the [insulin] receptor,” Chou says.

Once the team recognized Conus kinoshitai’s unique biochemical tactics, Chou used that knowledge to develop new hybrid insulin. The new molecule maintains the ability to bind to the human insulin receptor but does not form clusters, just like the original Conus geographus-inspired insulin. Chou says that at this point, the two hybrid insulin molecules, each based on venom from one of the two cone snail species, hold similar promise as potential therapeutics.

It took detailed images captured by Alan Blakely, a graduate student in Hill’s lab, to reveal how the new hybrid insulin works. Blakeley used cryo-electromagnetic microscopy to visualize the structure of the new insulin and how it interacts with its receptor.

Normally, the human insulin receptor is activated by the same region of insulin that links the molecules to one another—but to create the snail-human insulin hybrids, this segment has been removed to prevent clustering. The Hill lab’s structural analysis clarified how the new insulin manages to activate the receptor without it.

“What’s really beautiful about this study is the way it spans a wide range of science, starting with the study of a fascinating question in animal behavior and leading to the multidisciplinary, collaborative development of a potential therapeutic,” says Hill.

“This research has opened an exciting avenue for creating better therapeutics for people with diabetes,” he says.

The study was published as “Symmetric and asymmetric receptor conformation continuum induced by new insulin” on March 14, 2022, in Nature Chemical Biology.

The research was led by scientists at U of U Health, Stanford University and University of Copenhagen in collaboration with researchers from the Walter and Eliza Hall Institute, Max Planck Institute of Biochemistry, Technische Universität Dresden and Flinders University. 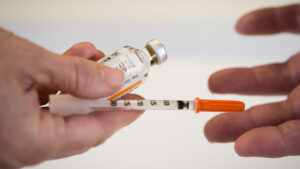 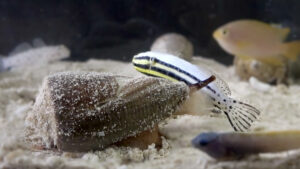 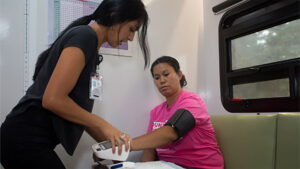