They say that dead men tell no tales. A University of Utah spin-off company begs to differ. Hair, teeth and bone all preserve a record of where a person’s been – often an invaluable boon to law enforcement with no other leads to go off of.

The company, IsoForensics, analyzes for slight variations in an organism’s chemistry that can give a clue to its recent environment. The versatile technique, called isotope analysis, has been used to crack cold cases, track counterfeit bills, combat post-9/11 terrorism and even trace the source of fast food. Because isotope analysis relies on chemistry common to all living things, the applications are endless. 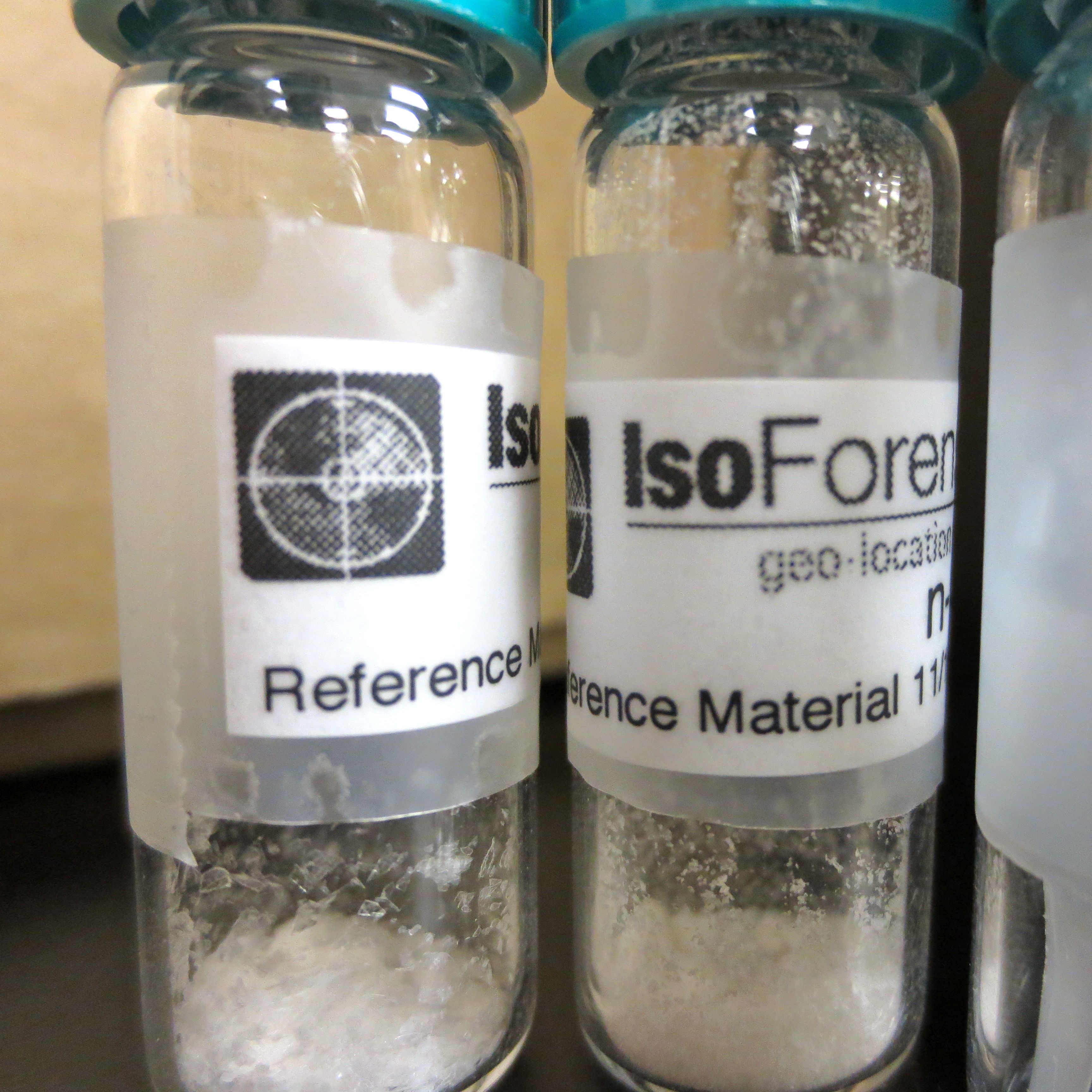 Isotopes refer to atoms of the same element with different molecular weights. A typical carbon atom, for example, is composed of six protons, six electrons and six neutrons. It’s called carbon-12 or 12C (12 referring to the sum of protons and neutrons). Add a neutron and you get 13C. It’s still carbon, but slightly heavier. Add another and you get 14C. Some isotopes are stable, meaning in the case of 12C and 13C that they don’t radioactively decay. 14C is unstable, however, and decays at a predictable rate. Because of this, 14C is useful in determining the age of a material and is used in “carbon dating.”

Stable isotopes are usually measured in ratios, such as the ratio of 12C to 13C in a given material. Some physical or biological processes may favor lighter isotopes while some favor heavier, changing the isotope ratio. Isotopes of water, for example, are depleted in heavy isotopes as clouds travel from the ocean to inland areas, since the heavier isotopes rain out first. Scientists have mapped out the signature isotope ratios of water that correspond to specific areas of the country. As plants, animals and people take in water to build their tissues, the water isotope ratios are preserved in those tissues – a permanent travelogue.

“Each of us are little tape recorders,” says Lesley Chesson, University of Utah graduate and president of IsoForensics. “It’s all about the environment or conditions under which a material was grown or made. Everything that’s happening to a material as it’s being composed imprints a little bit of variation in the isotopes.”

IsoForensics’ story begins in the late 1990s with U professor Jim Ehleringer. An ecologist, Ehleringer had been exploring how to take advantage of advances in isotope analysis technology to study the dynamics of ecosystems. Different biological processes can also alter isotope ratios, in ways that illuminate how matter flows through environments.

Ehleringer was approached by a government representative who’d heard of his work and wanted to know if isotopes could be used to trace the source of paper used in counterfeit currency. Ehleringer said yes, and soon found himself investigating “supernotes,” high-quality counterfeit $100 bills. “They had no idea where the paper was coming from,” Ehleringer says. “They wanted to ask if isotopes could tell if the paper had been stolen or if it was from a different source.”

Chesson says that the strength of isotope analysis is in cases such as this, where law enforcement needs to distinguish between materials that appear identical.

“If you look at a drug like cocaine, chemically, cocaine is cocaine,” she says. “It has the same amount of C, H, N and O atoms in it. How can you tell a particular shipment or batch from another? If it’s chemically identical, that’s where isotopes come in.” 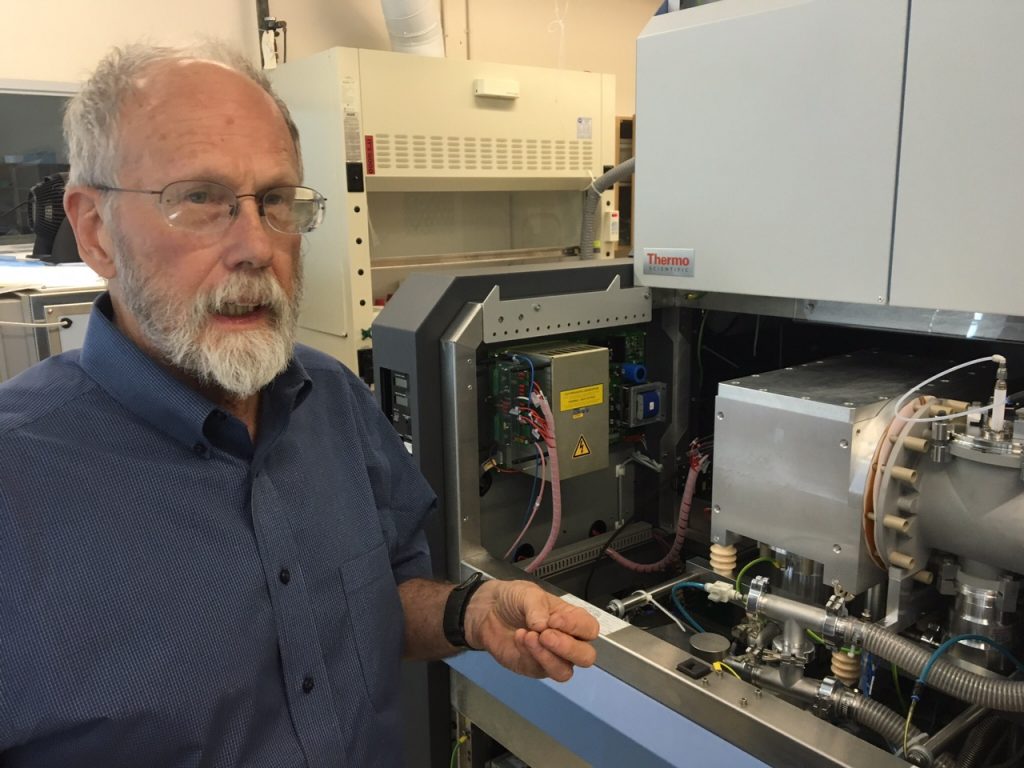 Following the 9/11 attacks, Ehleringer and geology professor Thure Cerling formed IsoForensics with funds from the Department of Homeland Security. The funds enabled Ehleringer and Cerling to study large-scale geographic variation of isotopes to lay the groundwork for future forensic investigations. “We had to get a broad context,” Cerling says. “Once you have established the rules, you can do specific cases.”

Today, IsoForensics takes on many cases of “unidentified decedents,” human remains that haven’t been able to be identified by other means. “The fact that it’s an ongoing issue says something about how many unidentified decedent cases there are in the U.S.,” Chesson says.

Any available tissue can be analyzed, although the most common are bone, teeth and hair. Each portrays a different period of a person’s life. Teeth record the isotopic signature of where a person was living in their childhood and early adulthood. Bone, since it’s replaced by the body at a rate of about 10 percent a year, paints a broader picture of the past eight to 10 years of a person’s life.

“Your hair, since it’s continuously growing, it’s giving you that weekly, monthly record,” Chesson says. “Depending on the length of hair available we could reconstruct the last few months or the last couple of years of life.”

Hair records helped IsoForensics identify “Saltair Sally,” a woman’s body found near the Great Salt Lake in 2000. Using hair samples, IsoForensics looked at Sally’s recent travel history. “It’s often the most useful information we can provide in these cases,” Chesson says. “One of the first questions police ask is: are they local to the area? If they’re not local, then the next question is: Were they traveling and where were they traveling from?” 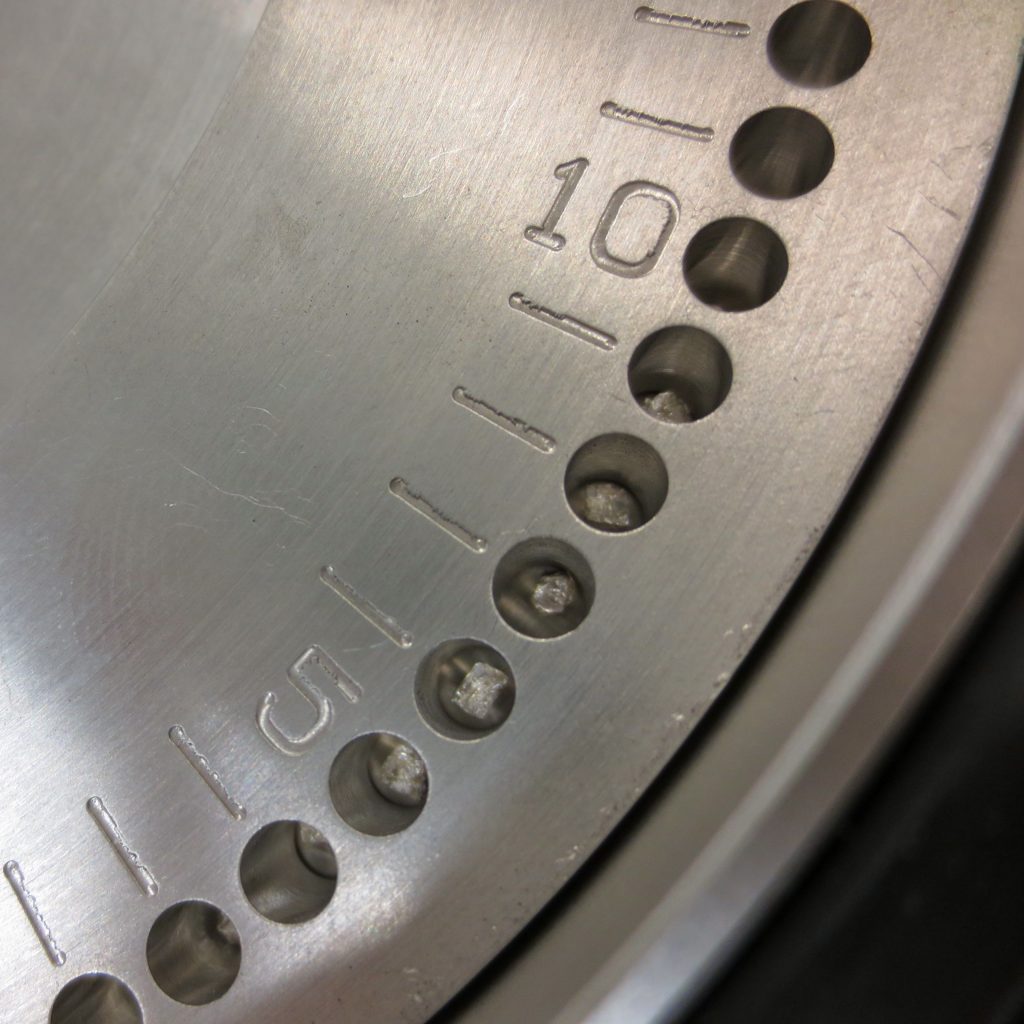 Samples for analysis in an autosampler tray.

Results suggested that Sally had recently visited the Pacific Northwest, a clue that eventually led to her identification as Nikole Bakoles in 2012. The company also helped crack the case of Mary Alice Willey, a California woman killed in 1971 but not identified until 2008, and recently delivered a major clue in a 1981 cold case from Ohio. The victim’s hair revealed a connection to North Texas, giving police a new place to start looking for leads.

The possibilities of forensic isotope analysis are endless. Chesson’s master’s thesis looked at the isotopes of fast food meals to determine the isotopic composition of an average American diet. Cerling’s geologic research in Africa led to forensic analysis of seized ivory shipments to determine the age and geographic source of the material. “It would be fascinating to look at single-origin chocolate and see if you could distinguish different varieties based on isotopes and verify labels,” Chesson says.

IsoForensics maintains a close relationship with the University of Utah, as co-founders Cerling and Ehleringer remain active in the company. Chesson earned her masters’ degree from the U before starting work at the company and becoming president in 2014. Some of the company’s isotope analysis equipment, which can cost around $1 million, is housed in the U’s geology and geophysics department and is available for student use. The partnership is a entrepreneurship success story, says Cerling.

Ehleringer adds: “It’s a local spinoff that has gone on to do wonderful things.”