Scientists in the VERITAS Collaboration have measured the angular diameter of stars using Stellar Intensity Interferometry for the first time in nearly 50 years, and demonstrated both improvements to the sensitivity of the technique and its scalability using digital electronics.

“A proper understanding of stellar physics is important for a massive range of astronomical fields, from exoplanet studies to cosmology, and yet they are often seen as point sources of light due to their great distances from Earth,” said Nolan Matthews, graduate research assistant at the University of Utah. “Interferometry has been widely successful in achieving the angular resolution needed to spatially resolve stars and we’ve demonstrated the capability to perform optical intensity interferometry measurements with an array of many telescopes that in turn will help to improve our understanding of stellar systems.”

Michael Daniel, operations manager at VERITAS, added, “Resolving something the size of a coin on the moon is a marvelous thing. Knowing if that coin is a dime or a nickel is something even more special still. If you want that level of detail, then you want intensity interferometry to work on this scale.”

VERITAS used all four of its gamma-ray telescopes, located at the Fred Lawrence Whipple Observatory in Amado, Arizona, to increase its coverage and provide greater resolution for observation. 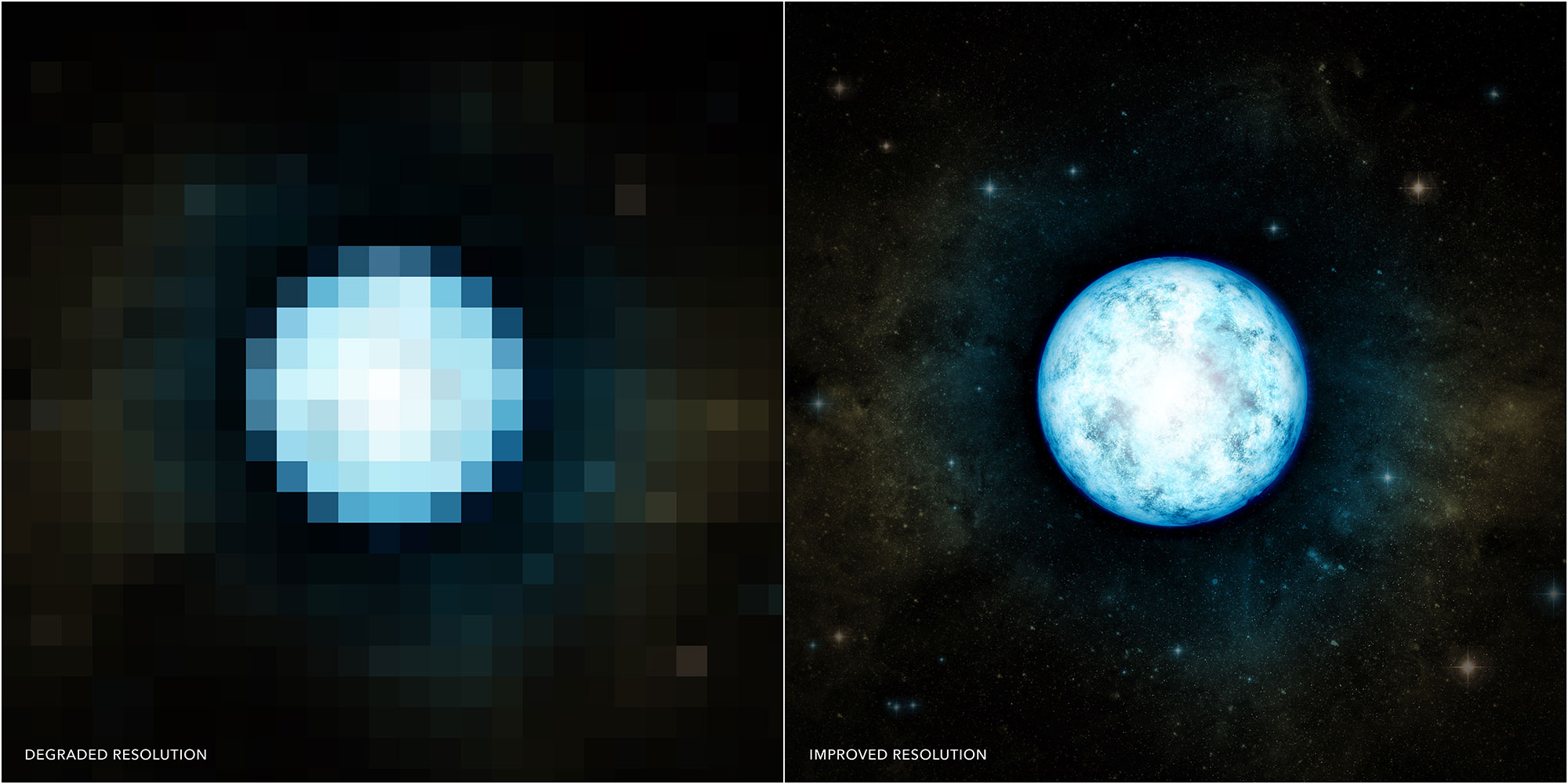 “This is the first demonstration of the original Hanbury-Brown and Twiss technique using an array of optical telescopes,” said principal investigator David Kieda, professor at the University of Utah. “Modern electronics allow us to computationally combine light signals from each telescope. The resulting instrument has the optical resolution of a football-field-sized reflector.”

Typically observing dark, moonless skies for Cherenkov light—blue flashes indicative of the presence of gamma-rays—VERITAS scientists made use of the nights surrounding the full moon to conduct the study. “The moon doesn’t disrupt observations for intensity interferometry,” said Daniel. “This opens up new scientific horizons for the VERITAS telescopes and similar facilities.”

The first telescopes to perform stellar measurements using intensity interferometry were the Narrabri telescopes in the 1970s. “Narrabri measured 32 stars in the southern hemisphere, and to significantly improve upon that result required a large leap in technology,” said Wystan Benbow, director of VERITAS. “Right now we are pathfinding for the future Cherenkov Telescope Array (CTA); we have proven that we can add 100 telescopes to this design, enabling astronomers to image features on stellar surfaces with unparalleled optical resolution.”

The future for intensity interferometry is bright, and VERITAS scientists have a few ideas about where it could go, from creating a larger catalog of stars, to measuring space objects and phenomena, like the properties of interacting binary star systems, rapidly rotating stars, and potentially the pulsation of Cepheid variables, among others.

Having previously measured the apparent diameter of some very small stars in the sky using the asteroid occultation method, the study is one more indicator that gamma-ray telescopes, and their scientists, are more than meets the eye.

“New technology is a science multiplier,” said Peter Kurczynski, program director for advanced technologies and instrumentation at the National Science Foundation, which contributed funding for the project. “It enables discoveries that would be otherwise impossible.” Benbow added, “There’s great potential for intensity interferometry to make leaps forward now that we know it can work on gamma-ray telescopes. We’re excited to see, and create, what comes next.”

The VERITAS SII project was supported with AST and PHYS grants from the National Science Foundation, and by the University of Utah.

About VERITAS
VERITAS (Very Energetic Radiation Imaging Telescope Array System) is a ground-based array of four, 12-m optical reflectors for gamma-ray astronomy located at the Center for Astrophysics | Harvard & Smithsonian, Fred Lawrence Whipple Observatory in Amado, Arizona. VERITAS is the world’s most sensitive very-high-energy gamma-ray observatory, and it detects gamma rays via the extremely brief flashes of blue “Cherenkov” light they create when they are absorbed in Earth’s atmosphere.

VERITAS is supported by grants from the U.S. Department of Energy Office of Science, the U.S. National Science Foundation, and the Smithsonian Institution, NSERC in Canada, and the Helmholtz Association in Germany.

The VERITAS Collaboration consists of about 80 scientists from 20 institutions in the United States, Canada, Germany and Ireland. 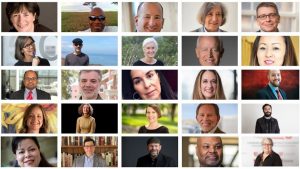