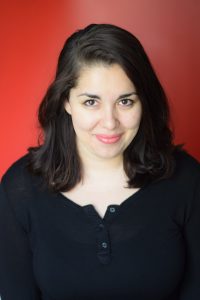 Ana Breton and Victoria Elena Nones didn’t know each other while they were students at the U, but they moved in the same circles. “It was meant to be that eventually, we would cross paths,” said Nones. “We probably did cross paths multiple times on campus and didn’t even know.” Both University of Utah alums, Breton graduated in 2009 with a double major in journalism and film and media arts, and Nones graduated in 2011 with a BFA in stage management and a minor in gender studies.

Now, Nones is a comedian, entrepreneur and founder of the nonprofit Women in Comedy and Satira Comedy. Breton is a twice Emmy-nominated director and producer currently at “Full Frontal with Samantha Bee.” As U alumni, women in comedy and Latinas, Nones and Breton’s collaboration came naturally. They’ve teamed together to make a new reality docuseries called “Run,” where “five female political experts from across the nation empower scrappy, novice, passionate female candidates running for office.”

Breton and Nones’ time as students directed the course of their careers. By being actively involved in the U community, both women were uniquely qualified to produce “Run” years later.

Nones’ interest in women’s issues began when she took a class from Katharine Coles in the Division of Gender Studies. The course opened her eyes to gender inequality. “I really had no idea how bad things were. I had an inkling, but that course inspired me to continue taking classes.”

Breton also had a class that changed the course of her career: the Sundance Film Festival class, taught by Brian Patrick. “That class pretty much changed the directive of my life,” she said. “I loved being around people who were making movies and being creative.”

Beyond classes, both Nones and Breton’s most pivotal experiences at the U came from mentoring and community involvement. “One of the most imperative experiences I had at the U was being involved in the student government,” said Nones. “That opened a lot of opportunities and doors for me.” Nones served as the special events chair for ASUU, where running events and managing budgets gave her experience directly related to becoming a producer and entrepreneur. She is grateful that her mentors so often said “yes,” opening the doors for her to plan events like a screening of “Miss Representation” and a visit from the Second City touring company—events that led to networking opportunities that have shaped her career. “If you connect the dots backward, it all started at the university.” 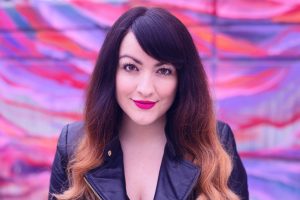 Breton’s formative project at school was filming a short documentary that followed a homeless family. The experience of pitching, getting feedback on her film and eventually screening the film, was influential. Generally, Breton said she loved spending time filmmaking both in and outside of class. “I knew it’d be long days, it’d be chaos, it’d be creative and I loved it. That was when I realized this was exactly what I wanted to be doing.” Immediately after graduating, Breton interned with a production company in Salt Lake City, an experience that she said would not have happened if she hadn’t seen the posting on the Department of Film & Media Arts’ bulletin board.

And while both women acknowledge that, in the age of the internet, it’s easy to become self-taught, they value their formal education. “There’s a big difference being in a classroom setting, where you have accountability and being with a community of your peers, where you’re learning and growing together and making those friendships and connections,” said Nones.

Breton agrees, “For me, it was an incredible experience to just play with creativity on a daily basis and learn how to amplify your creative voice with tools.”

Now they’re using their skills to produce “Run.” The show was first conceptualized by Nones and fellow producer Genevieve Thiers, and they soon brought Breton on to discuss filming. Nones said the project moved quickly. “We just went for it because we’re all executors and doers.” Nones counts her entrepreneurial spirit as one of the reasons she’s succeeded in her career and advises students to work on their own projects even when they don’t land a dream job after graduation. “These days, the industry is looking for entrepreneurial artists. When a company or network wants to pick up a film they’re looking for somebody who has already achieved something great on their own because that gives the company proof that you’re going to be reliable, you’re going to be hardworking, you know how to take initiative.” Because of the initiative Nones and Breton took, “Run” went from dream to reality in less than a year. 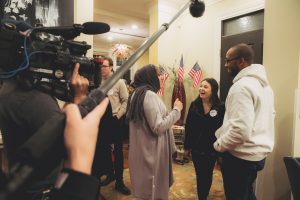 Behind the scenes of “Run,” featuring candidate Bushra Amiwala

Of course, this meant that Nones and Breton had to work hard, and take on multiple roles. In addition to producing, Nones was responsible for casting and is one of the show’s experts, and Breton directed the pilot and hired the crew. Given her diverse experience in film prior to “Run,” Breton felt prepared to take on other roles and said that it’s good for students entering the film industry to be flexible. “I think people graduate with the idea that they’re going to do one job for the rest of their lives, or one career. A lot of times that’s not the case,” she said. “So, try things out! For a film, do audio, or be a writer. Just bounce around to see what’s out there, and don’t be discouraged if the career you wanted is not working out—because there’s plenty out there that you could be trying out and maybe succeeding at.”

While doing research for “Run,” Breton found that there weren’t other reality shows that chose to empower and uplift women in the way her team wanted. “They all focus on women tearing each other down or fighting over a man or having a makeover where they go from ugly to pretty. I had the freedom to say ‘This is not what I want “Run” to be.’ ” It was important to both women that they created a show that was welcoming and uplifting. While hiring the crew, Breton was sure to hire women and people of color. “I have found that you have to become the foot that opens the door for other people,” she said. “I knew that I wanted to hire women and people of color, and I was able to do that. And it’s really easy. People just need to do it.” This attitude carried over into the casting of the candidate they feature in the pilot episode, Bushra Amiwala, a woman whose campaign they believed in. “It was a really special thing to be part of a show that is empowering a candidate on and off camera.”

From the U through their own careers to producing their own show, Nones and Breton are excited to see where “Run” takes them next. “We are chipping away at the media landscape by making a positive show about women,” said Breton. “I’m so proud of that.”