The art of forging a sword

Alexander Lark, a graduate student in the Department of Metallurgical Engineering, is a highly technical metalworker. For his graduate research, he experimented with microscopic structures and endless chemical equations to develop a new, wear-resistant type of metal. As a metallurgical engineer, he improves how we extract, refine and fabricate the metals that run the modern world.

Over the past year, Lark has also worked with metal the old-fashioned way — with fire, hammers, and a massive anvil to fabricate a tool that ran the ancient world. 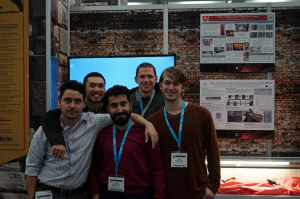 Last week, Lark and a team of metallurgy students participated in the 2017 Bladesmithing Competition at The Minerals, Metals and Materials Society (TMS) Conference in San Diego. With a roaring furnace and metal-on-metal hammering, the team forged a Moro-Filipino short sword using millennia-old blacksmithing techniques. The Utes pitted their blade against dozens of entries from universities all over the world. Although the ancient craft is far removed from the high-tech field of modern metallurgy, blacksmithing allows Lark to connect the lessons learned in the classroom to the physical world.

“Sometimes our classes are just power points of equations and you get lost,” says Lark, who led a core-group of five metallurgy students to craft the sword. “When you go do blacksmithing, you’re using technology that people have used for a couple thousand years, but the cool thing is, as a metallurgical engineer, you see what the metal does when it’s being forged, and that reconciles all the knowledge you learned in class with what’s actually happening on the anvil.”

Fired up for the competition

Every two years, the TMS Conference invites students to craft knives or swords using traditional blacksmithing techniques. The event is a throwback to old-school metalworking, and a contrast to a conference devoted to the cutting edge of materials science and metals technology. The Utes competed against 25 university teams for cash prizes and the chance to publish in TMS’s scholarly journal. 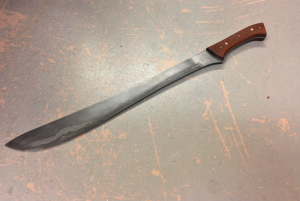 Lark is the chair of the Material Advantage Student Chapter at the U, a club that applies the science of metallurgy in fun, creative ways. For nearly a year, Lark led a group of Material Advantage members to hammer out a Moro-Filipino short sword; a thick, curved traditional sword of the Moro people in the Philippines. They forged the blade with Damascus steel, a metal produced by mixing two types of steel together to create ornate, wavy patterns.

The club has powerful ally in the College of Mines and Earth Sciences (CMES.) Darryl Butt, dean of CMES, is a big fan of the bladesmithing competition that has become one of the most watched and talked about student competitions in the field of metallurgy and materials, he says.

“In fact, it’s become a very competitive international event, kind of like a world’s strongest nerd competition,” says Butt. “This particular group of students were very passionate, and they loved what they were doing. They loved learning the history, the science, and the art of blacksmithing. Taking classes, that’s part of school.  But these students were learning how to learn on their own, which is the most important thing.”

Under heat and pressure

Steel is made from a mixture of iron and carbon. Iron is a pure metallic element on the periodic table, but natural iron always has other elements in the mix, including carbon. The more carbon in the iron, the harder the steel becomes. Damascus steel is often forged from a mixture of high-carbon steel and low-carbon steel that form dark and light ripples down the length of the blade, Lark explains. The striations result from stacking bars of high-carbon steel on top of low-carbon steel and welding them together into a block. The process, called forge welding, does more than smoosh the metals together—apply enough heat and pressure to the metals and the surfaces chemically bond together.

In the classroom, metallurgy students learn the intricate chemistry happening inside the steel under heat and pressure. Blacksmithing allows Lark see those changes happening right in front of his eyes.

“Blacksmithing is an interesting culture of wives’ tales, usually passed down by oral traditions. Blacksmiths always know what works, but they often can’t tell you why,” Lark says. “Now we’re learning techniques about how to do it, but we can also learn and explain why that happens.”

With the dean’s help, the Material Advantage club secured funding for essential tools to build the U’s own blacksmithing workshop. Traditionally, blacksmiths filled a barrel with high-grade coal and fanned the embers by stomping on a foot pump constantly, says Travis Willhard, a metallurgical engineering graduate student who helped forge the blade. The Utes put a modern spin on the ancient furnace; they hooked a cylindrical oven contraption to a propane tank and stuffed the openings with cotton-like fiber glass for insulation. When they ignite the propane like a torch, the furnace heats to more 1,000 degrees Celsius.

The amateur blacksmiths stick the mass of alternating high-carbon and low-carbon steel into the furnace, place the hot block on a massive anvil, and hammer like crazy. The pressure of the hammer plus the heat of the furnace creates the network of metallic bonding that forms the Damascus steel, Willhard says.

“Each time you hit it, it’s doing metallic bonding,” he continues. “As graduate students, we have a lot of built-up stress. This is a great release for us.”

It takes hundreds of rounds of hammering the block, folding it over and hammering it again to truly combine both types of steel. The excitement kicks in when they finally begin to stretch the metal into a blade shape, Lark says. After months of pounding, the most satisfying moment was sharpening the edge of the sword. Although the Ute blade failed to place in this year’s stiff competition, Lark left the conference with ideas for refining their methods to be more competitive next time.

“I enjoy projects where you can be creative and make what you want. We just sort of imagined this blade in our minds and then we made it,” says Lark. “It’s cool to unite the academic world with the underground-artisan-in-the-garage world.”

This year, the Material Advantage club and the dean of CMES hope to expand the group of student blacksmiths to take advantage of diverse skills and perspectives.

“I want to include students from the art and history departments, and other colleges,” says Butt. “You don’t need to be a metallurgical engineer to do it.” 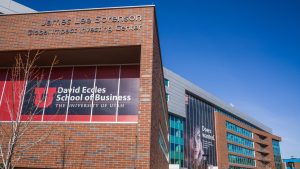 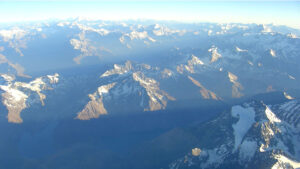 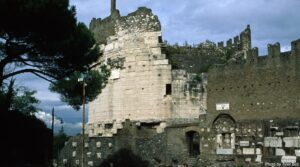