EXTRA, EXTRA, READ ALL ABOUT CONTINUUM

The winter edition of Continuum just came out. Don’t miss out on the in-depth features covering science, health, arts, humanities, athletics and the people at the U whose work is at the national forefront. 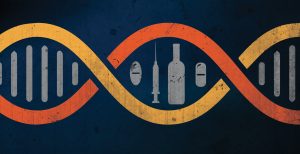 Millions of Americans are spitting into tubes and sending the saliva samples to labs to discover their ancestry or if they carry genetic variants that could lead to diseases such as Alzheimer’s or Parkinson’s.

Those intriguing questions are posed on a University of Utah website on genetics and addiction meant to provoke conversations among teenagers and potentially influence their choices for the better. Packed with easy-to-understand explanations about the brain’s reward pathway and how drugs hijack the system and rewire brain connections, the website—called The Science of Addiction: Genetics and the Brain — is proving popular around the world as more families and communities struggle to understand the roots of addiction and how to treat and prevent it.

The site, its home at learn.genetics.utah.edu, and its companion teach.genetics.utah.edu are thought to be the most widely used online genetics education resources in the world, with more than 16 million unique visitors and 60 million page views a year, according to Louisa Stark, a professor of human genetics and director of the U’s Genetic Science Learning Center, which developed the sites.

“Our website constitutes one-third of traffic through the utah.edu portal. We know that our site is used in every country in the world,” she says, including by police officers, judges, patients, and family members trying to understand addiction.

30 YEARS OF STUDENT SERVICE
Three decades on, the Bennion Community Service Center remains true to its foundation of student leadership. 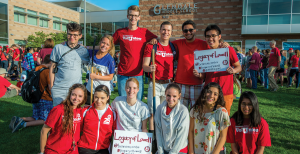 In the1970s, Irene Fisher participated in a rally opposing the demolition of a low-income apartment complex to make way for a parking garage. She and the others wanted to give voice to those whose lives would be impacted by the change. While at the rally, Fisher needed to use the restroom. She recalled asking a “little old lady with hair like mine is now” (white), who was a resident of the apartments and was also attending the rally, if she could use her bathroom.

“She was gracious and agreed to let me into her home,” Fisher remembers. As she walked in through the living room, Fisher saw pictures of the woman’s grandchildren on the tables and embroidered cloths on the back of the couch. She listened to the woman talk about how she had already moved four times as a result of exactly what was happening then—low-income apartment buildings being torn down. “I’m not one to get angry,” Fisher says “But this was earth-changing for me.”

It was this experience that shifted Fisher’s focus from her prior work of providing reports full of data and facts to enact change—which laid the foundation for Utah’s dramatic successes fighting chronic homelessness—to work centered on service, built on emotion.

WHY HUMANITIES MATTER
A conversation with Dianne Harris, a champion for the disciplines. 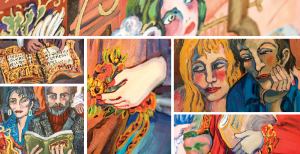 Ah the humanities. History, literature, languages, philosophy and more… these subjects have always occupied a place of central importance at the University of Utah. The earliest curricula at the U focused on liberal arts and classic, and the College of Humanities will celebrate its 50th anniversary as a free-standing college in 2020. Yet today, with increasing emphasis on the disciplines of science, business, and technology, the value of a humanities education has become a debated topic on campuses, in workplaces and on the political scene.

According to a 2016 analysis from the American Academy of Arts & Sciences published in Inside Higher Ed, the number of humanities undergrad majors has been on a slow decline, hitting an all-time low in 2014. Meanwhile, and probably not coincidentally, employers across the country express concern that newer hires often lack the very skills learned through humanities courses, such as critical thinking, contextual understanding and the ability to write well. Then there’s the annual hold-your-breath ritual around the question of federal public funding for the National Endowment for the Humanities, which divvies out funds to the 56 state humanities councils across the country, dependent on its largess to produce education programs for college faculty and public programs that enrich personal and civic life.

These trends and ongoing discussions are paramount to those who champion the humanities, including Dianne Harris, a history professor and former dean of the U’s College of Humanities. Harris recently left the U after serving two years as dean to take an impressive position as senior program officer in higher education and scholarship in the humanities with the Andrew W. Mellon Foundation of New York City, which is committed to the humanities, the arts and higher education.

The full story can be found here.

TOP 5 DINOSAUR MYTHS
Find out how well you really know your dinos. 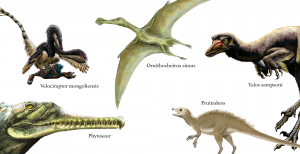 Sure, there was that mass extinction 66 million years ago when a giant asteroid hit the earth, but not everything died. So, which dinosaurs are still alive?