A group of researchers from CONICET and the University of Utah demonstrated that during the time of the first dinosaurs, variations in the diversity and abundance of the plant and vertebrate animal species cannot be related to the climatic changes recorded throughout its deposition, in contrast with previous hypotheses.

In the new study, published in the open-access journal Frontiers in Earth Science, the team of scientists investigated multiple independent lines of evidence (sedimentology, clay mineralogy, and geochemistry) to elucidate changes paleoclimatic conditions (such as mean annual precipitation and mean annual temperature) within the Ischigualasto Formation. These fossil-rich sedimentary rocks were deposited by rivers and streams between ~231 and 226 million years ago during the Late Triassic Period in what is now northwestern Argentina (La Rioja and San Juan provinces). In the middle of the formation, the researchers observed a clear change in conditions approximately from warmer, drier conditions to more temperate humid conditions, but no concurrent major changes could be identified in the fossil record. 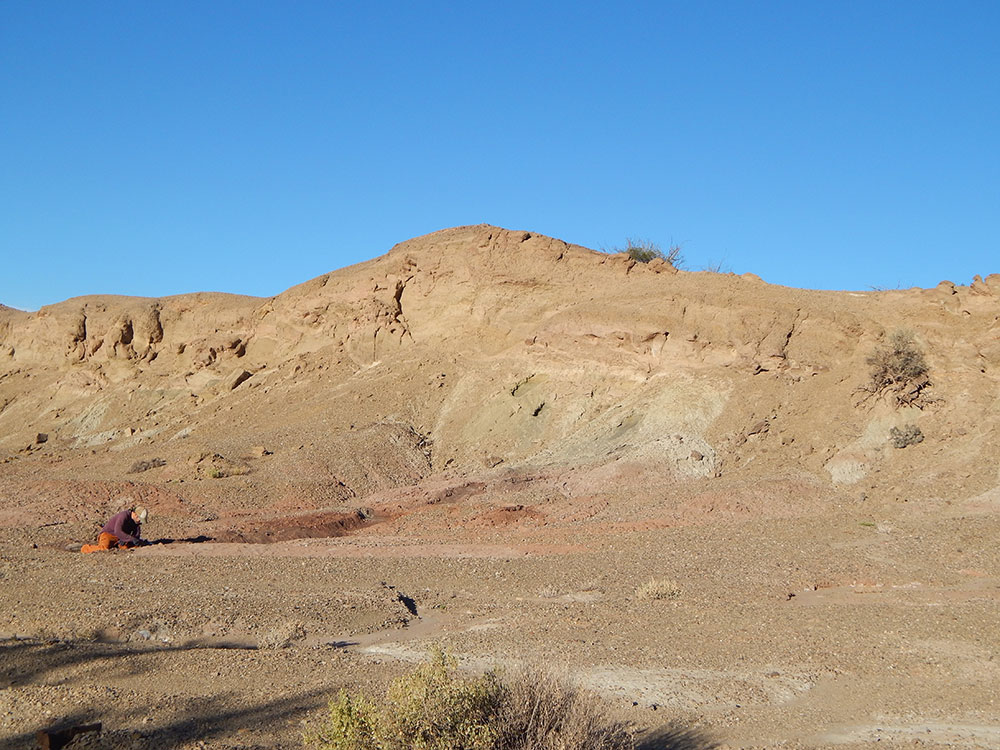 The authors taking geologic samples for geochemical lab analysis to reconstruct the paleoclimate record of the Ischigualasto Formation.

“We conclude that variations in the abundance and diversity of species, as recorded by their first and last appearances in the fossil record, are better explained by preservation and sampling biases than by changes in climate,” said Adriana Mancuso, lead author and CONICET independent researcher at the Instituto Argentino de Nivología, Glaciología y Ciencias Ambientales in Mendoza, Argentina.

“What we see is that how many specimens were collected from each interval of the sequence, and the chemical and physical characteristics that allow greater or lesser preservation of the remains of animals and plants were significant factors. These two factors, collection and preservation, have more influence on the increase or decrease of abundance and diversity than the climate changes recorded,” explained Mancuso.

However, although the evolution of the ecosystem does not generally show a biotic response associated with climate change, the research group did observe a relationship between climatic variations and two groups of reptiles, rhynchosaurs (herbivorous early archosauromorphs) and pseudosuchians (crocodilian-line archosaurs). “We did find that the abundance of rhynchosaurs and extinction of a few pseudosuchian species appear to coincide with a climate shift,” said Randall Irmis, co-author from the U and the Natural History Museum of Utah. 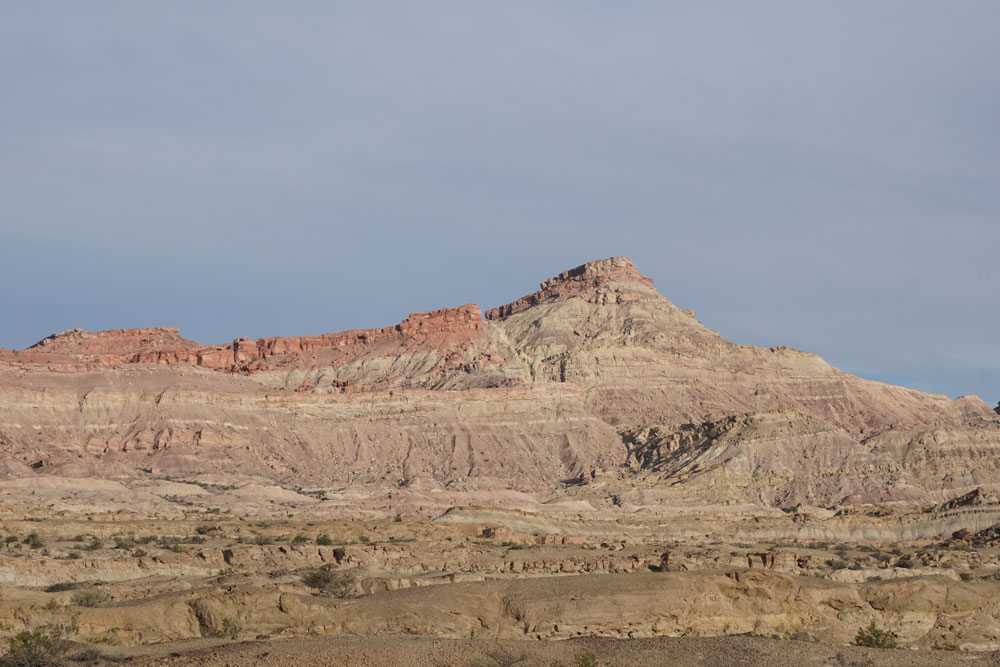 Beyond conclusions about this specific fossil and paleoclimate record from Argentina, the new research emphasizes the importance of an explicit framework for testing hypotheses about the link between climatic changes and the fossil record. “In addition to the contribution on the relationship of biotic and climatic events in the Ischigualasto Formation, the work provides a methodological framework to test climate-biota associations, highlighting the data gaps that must be filled, and makes new testable predictions that can be tested in future studies,” concludes Mancuso. 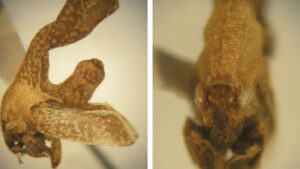